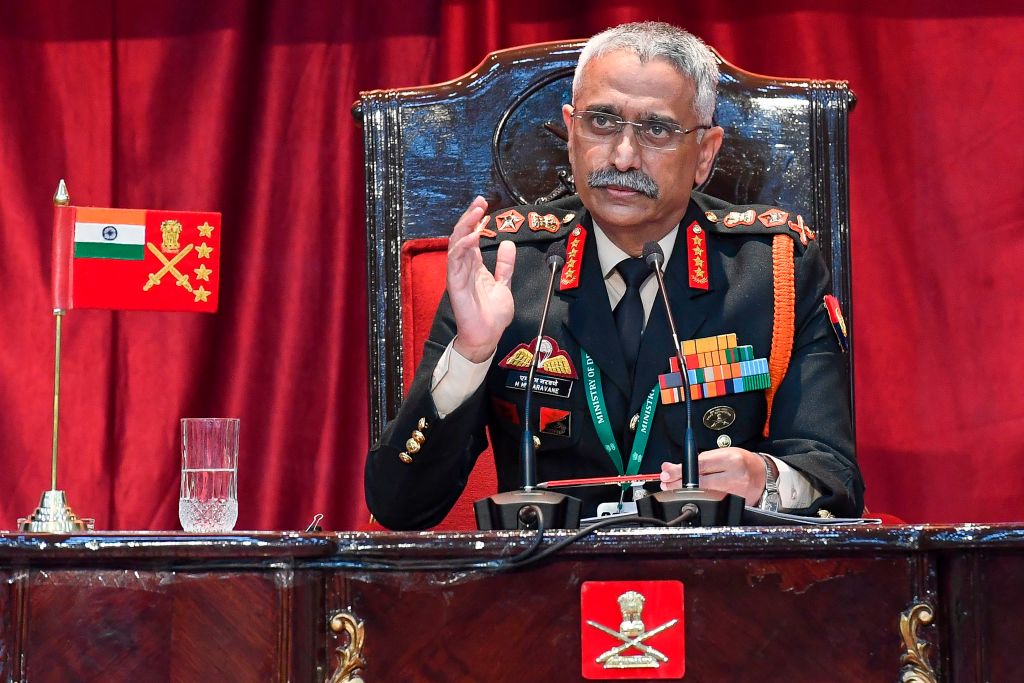 INDIA’S Chief of Army Staff Gen MM Naravane on Tuesday (15) saluted 20 martyred soldiers who gave their lives while defending the country’s territorial integrity against “unprecedented” Chinese aggression at the Galwan Valley in eastern Ladakh region a year ago. On the first anniversary of the deadly clashes that brought the two nuclear-armed neighbours dangerously close, the Indian Army said the supreme sacrifice of the Indian soldiers while fighting the enemy in the “most difficult” terrain will be “eternally etched” in the memory of the nation.

In a tweet, the Army said: “General MM Naravane #COAS & All Ranks of #IndianArmy pay homage to the #Bravehearts who made supreme sacrifice in Galwan Valley #Ladakh while defending the territorial integrity and sovereignty of the country. Their valour will be eternally etched in the memory of the #Nation.”

On June 15, 2020, the Indian soldiers lost their lives in a fierce physical combat with the Chinese troops in the Galwan Valley, a deadly clash that happened between the forces of the two giant neighbours in nearly five decades. The physical clashes triggered a large deployment of troops and heavy weaponry by both armies in eastern Ladakh. In February, China officially acknowledged that five of its military officers and soldiers were also killed in the clashes even though it was susepcted that the actual toll could be higher.

The Indian Army’s Leh-based 14 Corps, also known as ‘Fire and Fury Corps’, paid homage to the Galwan martyrs on the first anniversary of the clashes. “In the face of unprecedented Chinese aggression, 20 Indian soldiers laid down their lives defending our land and inflicted heavy casualties on the PLA (People’s Liberation Army),” the army added. Major Gen Akash Kaushik, the officiating General Officer Commanding of the Fire and Fury Corps, laid a wreath at the iconic Leh war memorial to remember the fallen heroes. The 14 Corps guards the Line of Actual Control (LAC) with China in the Ladakh region.

“The nation will remain eternally grateful to these gallant soldiers who fought in the most difficult high altitude terrain and made the supreme sacrifice in service of the nation,” the army said in a statement.

Colonel Bikumalla Santosh Babu, the commanding officer of the 16 Bihar regiment, had led from the front against the Chinese aggression near Galwan Valley’s Patrolling Point. In January, he was posthumously named for Mahavir Chakra, the second-highest military award. Four other soldiers were also named for Vir Chakra awards posthumously. The Indian Army also built a memorial for the ‘Gallants of Galwan’ at Post 120 in eastern Ladakh last year. The memorial mentioned their heroics under operation ‘Snow Leopard’ and the way they drove out the PLA troops from the area while inflicting “heavy casualties” on them. Days after the clashes, India’s External Affairs Minister S Jaishankar told his Chinese counterpart that the “unprecedented development will have a serious impact on the bilateral relationship”.

In May, Gen Naravane said there can be no de-escalation without complete disengagement at all friction points in eastern Ladakh between India and China and that the Indian Army is prepared for all contingencies in the region. Gen Naravane also said that India is dealing with China in a “firm” and “non-escalatory” way to ensure the sanctity of its claims in eastern Ladakh and that it was also open to initiating confidence-building measures vis-à-vis the northern neighbour.