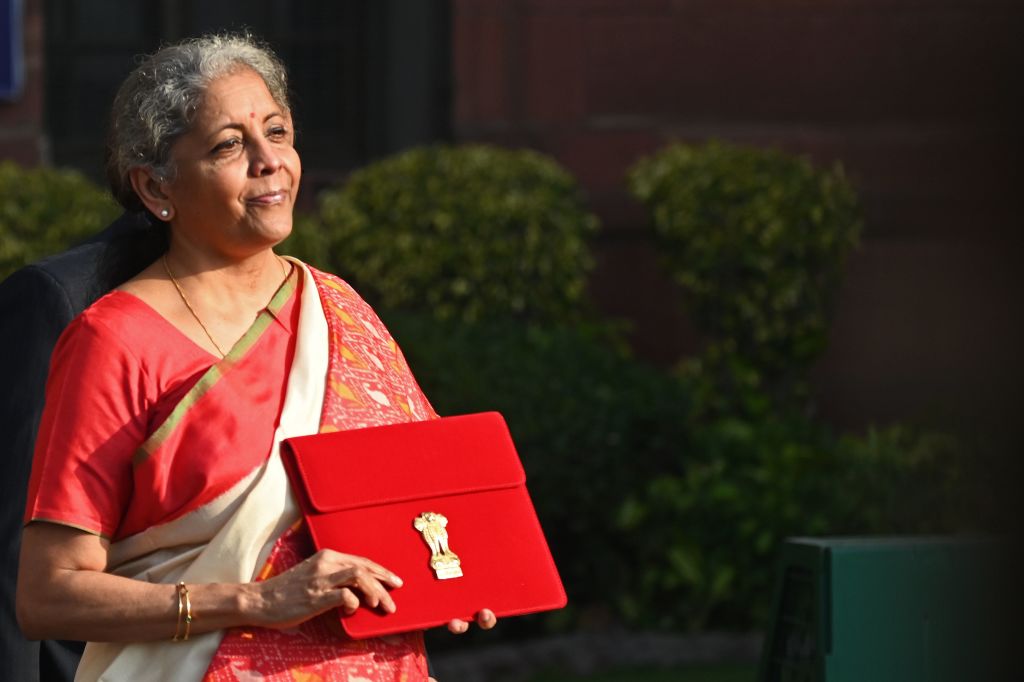 FILE PHOTO: India’s Finance Minister Nirmala Sitharaman poses for pictures as she leaves the Finance Ministry to present the annual budget in parliament in New Delhi on February 1, 2021. (Photo by SAJJAD HUSSAIN/AFP via Getty Images)

INDIA announced plans to lease state-owned assets to the private sector in a bid to raise Rs 6 trillion ($81bn) to repair public finances battered by the pandemic and fund new infrastructure.

Asia’s third-largest economy was left reeling from a Covid-19 surge and strict lockdowns enforced to contain the virus, creating a significant budget deficit and pushing millions into poverty.

India reported 37,593 new infections of the coronavirus in the last 24 hours, the federal government said in a statement on Wednesday (25).

Private firms will be able to lease on a long-term basis over 26,000 kilometres (16,000 miles) of roads, power transmission lines, hydroelectric and solar power assets, phone networks, and nearly 15,000 telecom towers, under the plans.

Also up for grabs will be some 8,000km of natural gas pipelines, 15 railway stations, railway lines, 25 airports, and a number of sports stadiums, according to the four-year plan dubbed the National Monetization Pipeline.

“The ownership of the assets remain with the government and there should be mandatory hand back (to the state),” Finance Minister Nirmala Sitharaman said.

“So by bringing in private participation in this, you will be able to monetise it better and ensure further investment in infrastructure building,” she said.

Proceeds will help replenish government finances squeezed by India’s worst recession since independence as a result of the pandemic, and to fund new infrastructure projects.

India’s opposition hit out at the plans, with Congress party chief Rahul Gandhi saying “assets created over seven decades (are) being gifted to cronies.”

“The future of India is being sold,” he said.

India enforced one of the world’s toughest lockdowns in 2020 when the pandemic began, leaving millions without work almost overnight.

Restrictions were then steadily eased but re-imposed in April in a devastating second wave that overwhelmed hospitals.

Prime Minister Narendra Modi’s government had previously announced plans to raise billions of dollars through the privatisation of Air India, Bharat Petroleum, and a share sale of a major insurer.