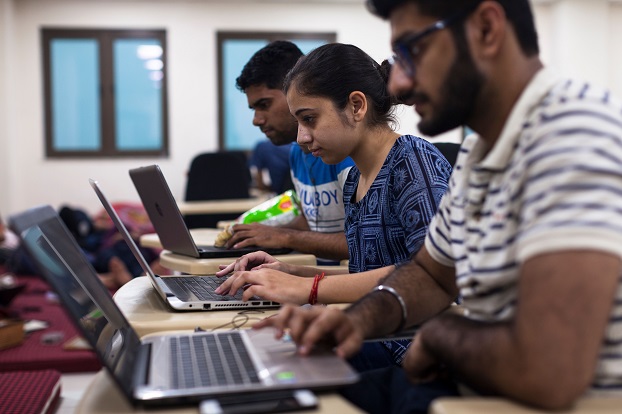 INDIA sent more than 202,000 students to the US in 2018-19, the second largest after China which for the tenth consecutive year remained the largest source of foreign students in America, according to a report released on Monday (18).

The ‘2019 Open Doors Report on International Educational Exchange’ said the number of foreign students in the US set an all-time high in the 2018-19 academic year, the fourth consecutive year with more than one million international students.

The data from the US Department of Commerce stated that international students contributed $44.7 billion to the US economy in 2018, an increase of 5.5 per cent from the previous year.

For the tenth consecutive year, China has remained the largest source of international students in the US in 2018-19 with 369,548 students and India with 202,014 students sends second largest number of foreign students to the US, the report said.

Students from India and China account for more than 50 per cent of international students, said the report that was released by Institute of International Education (IIE) and US Department of State’s Bureau of Educational and Cultural Affairs.

“We are happy to see the continued growth in the number of international students in the US and US students studying abroad,” said Marie Royce, Assistant Secretary of State for Educational and Cultural Affairs.

“Promoting international student mobility remains a top priority for the Bureau of  Educational and Cultural Affairs and we want even more students in the future to see the US as the best destination to earn their degrees,” she said.

According to the report, China remained the largest source of international students in the US in 2018-19 with 369,548 students in undergraduate, graduate, non-degree, and optional practical training (OPT) programs, a 1.7 per cent increase from 2017-18.

Emerging market countries showed some of the strongest growth year over year, especially Bangladesh (10.0 per cent), Brazil (9.8 per cent), Nigeria (5.8 per cent), and Pakistan (5.6 per cent), the report said.

The number of students enrolling for the first time at a US institution in 2018-19 declined by 0.9 per cent, recovering from sharper declines the year before, it said.

According to the report, in the 2017-18 academic year, 341,751 US students participated in study abroad programmes for academic credit, a 2.7 per cent increase over the previous year.

The UK, Italy, Spain, France, and Germany hosted the most US study abroad students, it said.