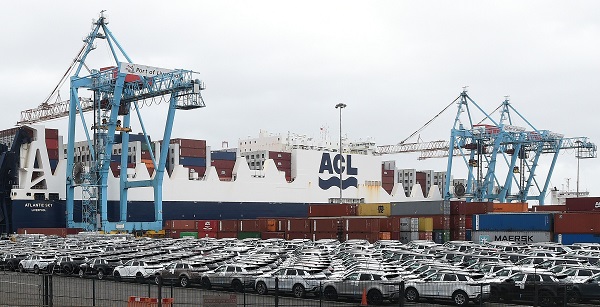 The analysis, which looks at the top 50 goods export markets, shows that the top 10 fastest growing markets in 2018 were predominantly made up of non-European Union countries (Photo: PAUL ELLIS/AFP/Getty Images).

INDIA was the second fastest growing export destination for British goods after Nigeria in 2018, a recent analysis showed.

The UK’s exports to India were climbed 24 per cent to £5.52 billion last year when compared to 2017, said an analysis by Santander Corporate & Commercial of the latest Office for National Statistics (ONS) export data.

The analysis, which looks at the top 50 goods export markets, shows that the top 10 fastest growing markets in 2018 were predominantly made up of non-European Union countries.

Gautam Sehgal, India Alliances Director, Santander UK said: “India is a thriving market with a strong rate of economic growth. Its drive towards infrastructure expansion is well reflected in a 65 per cent rise in exports of electrical energy infrastructure from the UK in 2018 alone.

“The data also shows a significant increase in automotive, advanced engineering and medical sector exports – industries which are considered major contributors to UK job creation and GDP. As the world’s fastest growing economy, India is a key international trading partner as the UK looks to expand its global connections.”

The UK’s total exports during 2018 were climbed 2 per cent from the previous year to an all-time high of £629bn.