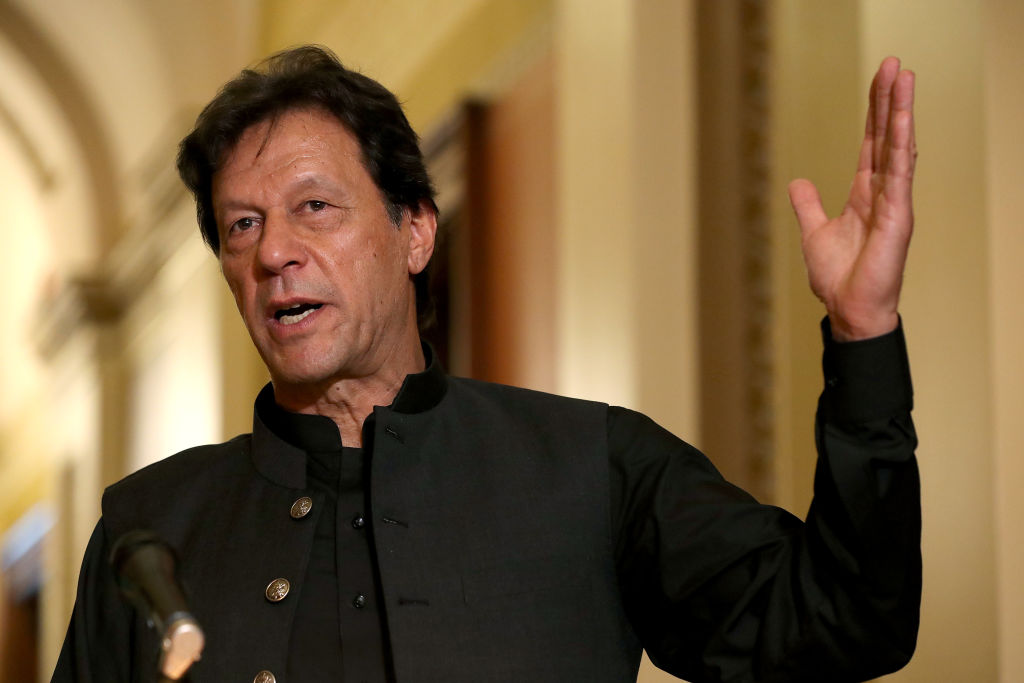 PAKISTAN prime minister Imran Khan has called for the formation of an inclusive government in Afghanistan and asked the international community for positive engagement with Kabul.

Khan made the comments during his meeting with the executive director of the United Nations World Food Program (WFP), David Beasley, in Islamabad on Thursday (26).

They discussed ways of facilitating the continued provision of humanitarian assistance to the Afghan people.

Khan said positive engagement of the international community with Afghanistan was the “way forward to avert any humanitarian crisis and secure peace and stability in Afghanistan”.

He called for the formation of an inclusive government in Afghanistan after it was taken over by the Taliban on August 15, two weeks before the US was set to complete its troop withdrawal after a costly two-decade war.

The insurgents stormed across the country, capturing all major cities in a matter of days, as Afghan security forces trained and equipped by the US and its allies melted away.

Beasley expressed gratitude to Pakistan for its role in facilitating the work of the World Food Program in providing food assistance to Afghans.

On Wednesday (25), Khan received a telephone call from Russian president Vladimir Putin and the two leaders discussed the latest developments in Afghanistan, underscoring the need for coordinated efforts to tackle the situation in the strife-torn country.

Separately, Pakistan foreign minister Shah Mahood Qureshi was on a visit to meet leaders of Tajikistan, Uzbekistan, Turkmenistan and Iran to discuss the situation in Afghanistan.

Khan also appreciated the role of WFP as the leading international humanitarian organisation for delivering food assistance in emergencies and for working with nations worldwide to improve nutrition and build resilience.

He underlined that Pakistan has been a beneficiary of various WFP projects being implemented in the country.