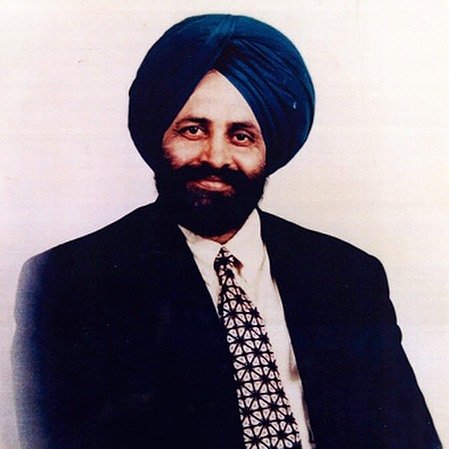 SON of the first American victim of a fatal hate crime after the 9/11 attacks has said that he loves Mesa, Arizona, where his father was killed two decades ago, as he ‘feel safe’ there.

“I know the people here. It’s my community,” he told The Guardian.

His father, a Sikh immigrant from Punjab, was fatally shot in an act of racist hate in 2001 as he planted flowers around the parking lot of his new business to commemorate the victims of the terror attacks in New York.

A memorial was constructed with speckled white marble and black tile marks the spot where Sodhi was shot and killed.

On Wednesday (15), members of the Sodhi family, other organisers in the Sikh and Muslim communities, interfaith groups and others gathered there to remember Sodhi, The Guardian report said.

His son began operating the food mart after just a few days of his father’s murder. The gas station closed for only one day after Balbir was killed. It has never closed since.

“The pain is still there. I miss him every day,” Sukhwinder told the newspaper.

“I’m just so proud of what he did and what he accomplished. Because this was his dream. And I’m proud of what I have done to continue it.”

While mentioning about current circumstances in the US, Sukhwinder said that he is really worried as ‘hate has grown so much’.

“But people here have known me and my family for 20 years. They don’t bother us. I still have very strong faith in this country even during the Donald Trump era,” he told The Guardian.

Balbir Singh Sodhi moved to the US in the late 1980s with a number of his brothers, who left Punjab after a series of anti-Sikh programmes following the assassination of Indira Gandhi.

The gas station, opened only a year before his death, became a symbol of the family’s toil. Balbir built the business himself with money he had saved since arriving in the US.

His murderer Frank Roque was found guilty in 2003 despite pleading not guilty due to insanity. His death sentence was commuted to life in prison by the Arizona supreme court a few years later. The Sodhi family did not object.

But in 2016, through a family friend, Rana spoke to Frank Roque from prison. Roque stumbled for words and attempts to apologise, but he also does not accept responsibility for his actions.

In 2020, Roque asked the family to back his petition for early release.

Rana was willing, but other members of the family felt uneasy, almost insulted.

“I cannot forget,” said Sukhwinder. “He took my father away. I have nothing against him. No hate. But forgive is a big word.”

After the family met they decided they would not support the petition.

Rana Sodhi, Balbir’s younger brother, continues to speak in schools, colleges and other venues around the country, discussing the peaceful tenets of Sikhism and telling the story of his brother’s life and death, The Guardian report added.

“I know it is still sad for us. We lost our brother. But his death brought a lot of positivity, to bring the community closer to each other. Bringing people closer together,” Rana Sodhi was quoted as saying by the newspaper.