“I listen to Shreya Ghoshal’s songs as a student,” says British-Asian singer Arzutraa 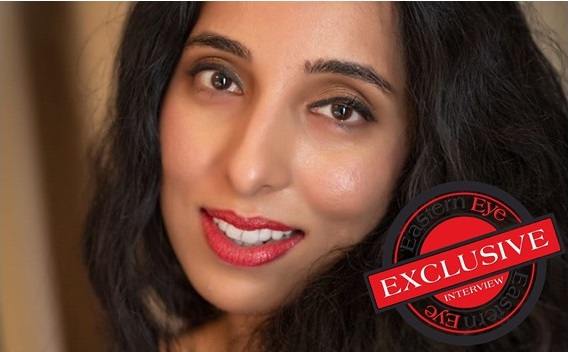 British-Asian singer Arzutraa, whose parents are from Africa and grandparents from India grew up in Westminster, a suburb of London. She does not know any Indian language but has made a career out of singing Hindi songs.

While the coronavirus pandemic forced us into our homes for a large part of 2020, Arzutraa launched two Hindi albums – Woh Pal and Tumhaari, which garnered positive response. In a candid conversation with Eastern Eye, the singer opens up about her love for Bollywood music, the challenges she faced to pursue her passion, who is her role model, and much more.

At what age did you start singing and which was the first instrument you learnt?

I started learning how to sing with trained teachers in 2010, after having a dream to sing in Hindi from a young age. After school, I used to sing Bollywood songs into my father’s tape recorder and then replay my voice and listen to myself singing on tape.

What made you pursue a career in Hindi music rather than English music?

I love Bollywood and its music. I decided I wanted to sing in Hindi. Many people told me not to due to Hindi not being my spoken language. However, I always loved the artistic style of Bollywood. It was something that was deep inside me and I seriously wanted to pursue it. There was no question of Hindi or English. Looking back, I guess it does seem bizarre singing in a language that I do not speak.

Who is your role model and why?

Shreya Ghoshal is my role model because her voice is one that is a teacher in itself. I have heard her songs daily for the last 10 years and found them to be daily lessons for me in between having my lessons with my vocal teachers. It sounds strange but I do not listen to Shreyaji as a normal listener; I listen to her as a student. I love the emotion more than anything in her voice.

Which is that one song that is very close to your heart and you have been listening to it since your childhood?

The only song close to my heart is Woh Pal. It is a reminder to us all that nothing lasts forever and we should cherish every moment we have with our loved ones.

What is the one major thing that you have learnt in your career to date?

The one thing that I have learnt is to fight for what you believe in and want in life. There are always going to be hurdles, but the biggest one is people telling you that you cannot do something or shouldn’t. I am very fortunate to be working with a team of people who help each other succeed, but I came across many people earlier who used to put me and my dreams down and say I was not good enough. This really knocked my self-confidence and I must say if it was not for my determination and strength, I would not be a singer today.

Old. Simply because it was not done for the fame. In those days, everything was real. It was not about YouTube views. It was about the music. The melodic essence just is not there that used to be there in old classics. I don’t really know why that is but I guess back in the days, it was all real and raw. Unadulterated voices in the studio. There used to be one take songs and so things sounded so much more natural than they do today.

How was your experience working with DJ Shadow Dubai?

He is by far one of the best producers I have worked with. His way of working is so different to any other where he really understands what the song’s story is about before he sits down to make any music. My experience with him so far has been for remixes only for my signature songs on both albums (Woh Pal and Tumhaari). One of the things I really love about him is how he enhances a song’s original essence to the point you have a remix that complements the original song rather than intimidating it.

How does it feel to be the only Indian pop singer to release 2 albums in one year?

It feels incredible to have this achievement. Most singers in our industry don’t release albums and I feel like that’s a shame. I think singles are a nice way to test what fans like but albums show how serious you are about the field of music. I have now started to work on my 3rd album and I really am excited to see what the journey unfolds.

I remember I turned up to sing the signature song on the album, Tumhaari, and I had mascara running down my face since my lover at the time had ended our relationship only a few days before. I could not stop crying in the studio and Atif Ali, my producer in his Dubai studio, nearly sent me home. It was embarrassing for me to have to explain why I was crying to my producer and I was heartbroken. However, I eventually managed to record and I feel all things happen for a reason. It has an element of my pain in that song which I want my listeners to feel.

Anything you would like to say to your fans around the world in this tough time of Covid-19?

I want everyone to realise that our time on the planet is precious. We aren’t here forever and neither are our loved ones. We really need to be grateful for each waking moment we have and be here for one another in this crisis we are all in. Together we can help the world overcome this.

In the past one and a half year, Bollywood has lost several prominent faces…

I am so sad to hear about all of this. These are the very faces that entertained and inspired people like me. From a very young age, I grew up watching their movies, listening to their music and ended up learning so much from them both in my personal and professional life. But I feel the best way to remember them and pay tribute to them is by watching their stellar performance on screen and remembering them by it.