Hungama 2 movie review: This Priyadarshan’s directorial has some funny moments, but is a disappointment for Shilpa Shetty fans 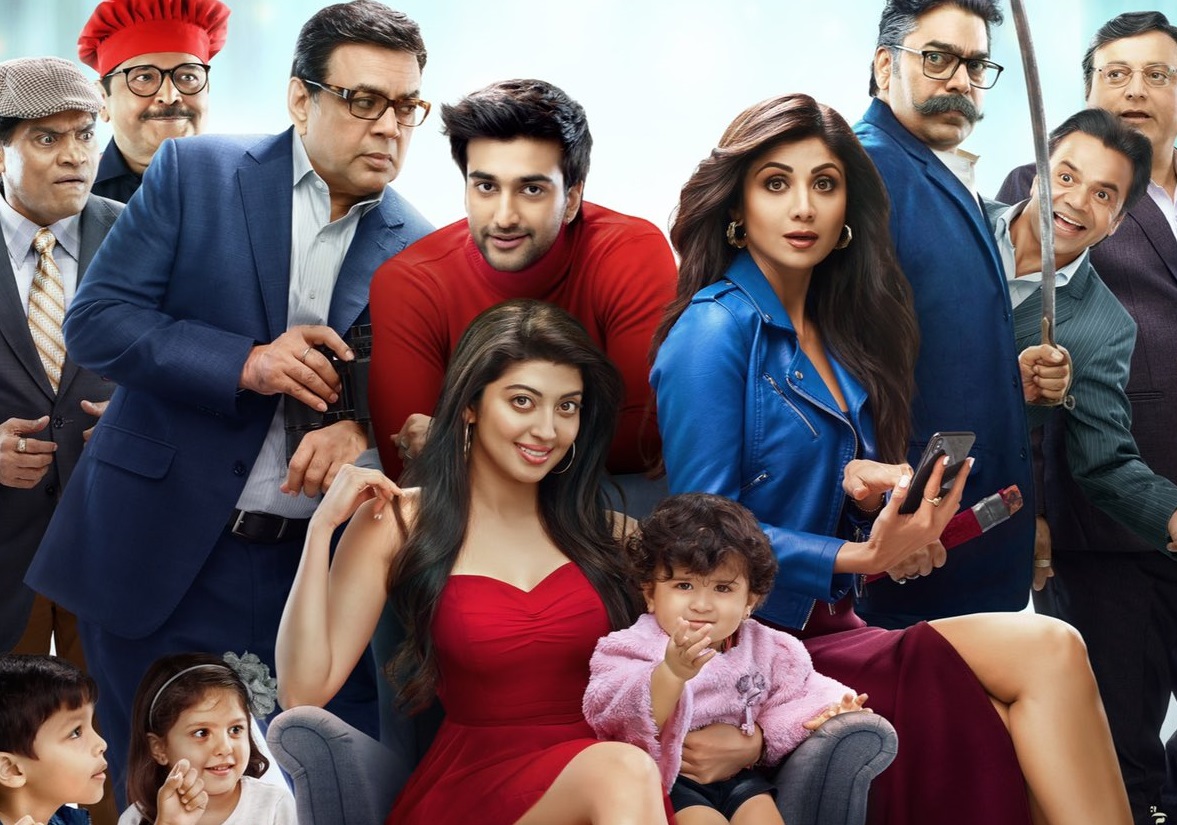 In 2003, Priyadarshan had directed a film titled Hungama which starred Akshaye Khanna, Aftab Shivdasani, Paresh Rawal, Rimi Sen, and Shoma Anand in the lead roles. It was a super funny film, and even right now when we watch it we laugh out loud.

Now, a sequel to the film titled Hungama 2 has started streaming on Disney+ Hotstar. There’s no connection between the two films, and Hungama 2 is an adaptation of the Malayalam movie Minnaram (1994) which was also helmed by Priyadarshan.

Hungama 2 revolves around Aakash (Meezaan Jafri) who is happily staying with his family. But soon, his life takes a turn when one-day Vaani (Pranitha Subhash), his ex-girlfriend, comes to his house with a child and claims that the child is of Aakash. On the other hand, we have Aakash’s family friend Anjali (Shilpa Shetty) who is married to Radheshyam Tiwari (Paresh Rawal), and Tiwari feels that Aakash and Anjali are having an affair. All these things create hungama (ruckus).

Well, this Priyadarshan’s directorial has some funny moments that will make you laugh out loud. But, there are two major things that disappoint us about the movie. Hungama 2 is not as hilarious as Hungama. When you make a movie that is going to take the franchise forward, the audience expects it to be better than the first instalment, and that’s not the case with Hungama 2.

The second thing that disappoints us a lot is, from day one, this movie has been promoted as Shilpa Shetty Kundra’s comeback. But, the actress just has an extended cameo in the film. The movie concentrates more on Aakash, Vaani, and his family’s story. So, Shilpa Shetty fans get ready to be disappointed.

Talking about performances, Ashutosh Rana is the star of Hungama 2. The actor is excellent in the movie and makes us laugh out loud with his performance in it. Paresh Rawal is good in his role, but he has been given less screen time. Shilpa Shetty looks stunning in the film, but she is wasted in her extended cameo.

Meezaan Jafri is decent and Pranitha Subhash has also performed well. Rajpal Yadav and Tiku Talsania steal the show whenever they come on the screen. Johny Lever and Akshaye Khanna are good in their cameos.

Coming to music, the film doesn’t have any great songs, and even the recreated version of Chura Ke Dil Mera is strictly average.

Overall, Hungama 2 has some funny moments, but we surely expected more from it.