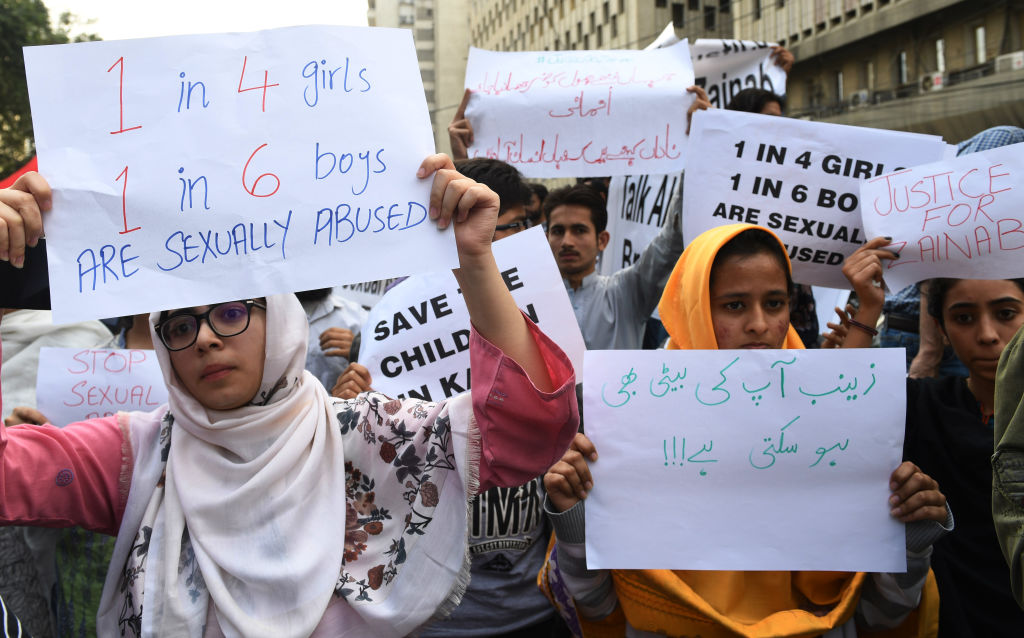 A file photo of human rights activists carrying placards and banners during a protest against the rape and murder of a child in Karachi, Pakistan, on January 11, 2018. In the latest case, a boy was allegedly sexually assaulted and murdered in the country’s Sindh province. (Photo by ASIF HASSAN/AFP via Getty Images)

A HINDU boy, 11, was sexually assaulted and murdered in Pakistan’s Sindh province, according to a media report.

He went missing on Friday (19) evening and his body was found the next day in an abandoned house in Babarloi town in Khairpur Mir area of the province, about 460 kilometers from Karachi, his family members said.

“The entire family was busy with Guru Nanak’s birthday events. We do not know how the child went missing. He was found dead in the house at 11 pm,” Raj Kumar, a relative of the child, told The Express Tribune newspaper.

“He was a grade five student, and was born in 2011,” he said, adding that the whole area was gripped by fear after the incident.

Babarloi station house officer (SHO) said the boy was strangled to death before the culprits sexually assaulted him.

“We have arrested two men, one of whom has confessed to the crime,” the SHO said.

It was the second such incident in the province in the last few weeks, he said.

A minor girl from the Hindu community in Saleh Pat, Sukkur district, went missing and the police have also announced a Rs 2.5-million (£10607) reward for her recovery, Mahar said.

“But it has all been in vain.”

There have been several reports of atrocities on Hindus and other minority communities in Pakistan.

Cases of sexual violence against children have also frequently come up in Pakistan. Earlier this week, police in Rawalpindi arrested a schoolteacher suspected of sexually abusing a seven-year-old girl at a school in Islamabad.