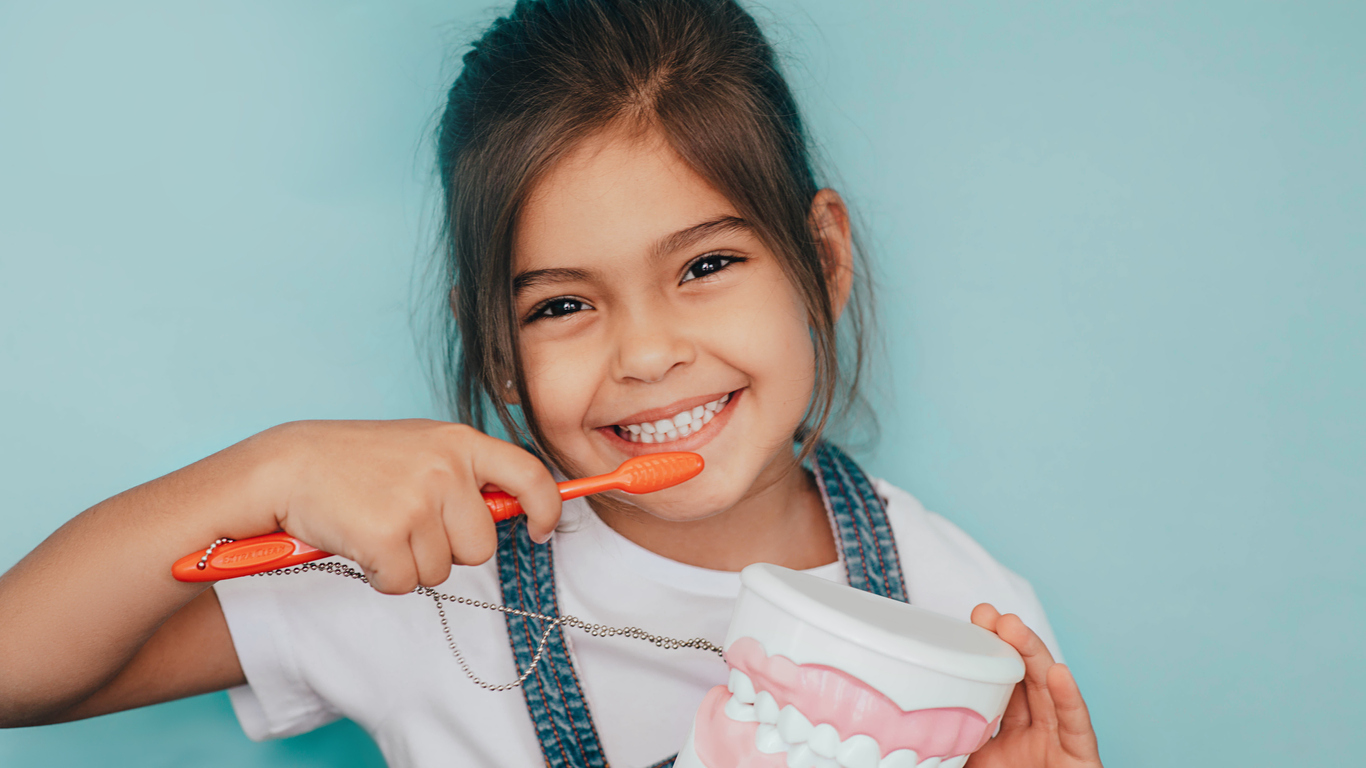 Children should be taught a proper teeth-brushing routine and discouraged from eating too many sweet foods, say dentists.

FAMILIES should slash the amount of sugary food and drinks they give their children after it emerged that Asian youngsters are the most likely to have tooth decay, dentists said.

Some 36.9 per cent of five-year-olds of south Asian origin in England have dental problems, according to Public Health England figures.

In comparison, 20.6 per cent of white youngsters had visible tooth decay, with the figure rising to 23.2 per cent for black children, and 24.1 per cent for those from a mixed race background.

The data, published earlier this year, has led to calls for parents to control the amount of chocolates, sweets and sugary drinks their kids have during the school holidays and for festivals such as Eid and Diwali (in November this year).

Tooth decay, known as caries, is the damage to a tooth’s surface, or enamel, due to acid and sugar from not cleaning them properly.

Roshith Valiyamannil, president of the Association of Indian Dentists UK, said the “alarming” statistics show Asian kids are having a high sugar intake and many are not brushing their teeth properly.

He told Eastern Eye: “This is a preventable condition by reducing the frequency and amount of sugar and acidic intake and also by effective and regular cleaning of the mouth.

“Reducing the sugar and acidic food should be the first thing to do and also reduce the frequency of (consumption of) them.

“Limit them to meal times and avoid snacking in between. Acidic and fizzy drinks are one major cause of this. (They) need to be totally avoided.

“Regular, effective cleaning of teeth is the best way to prevent decay from happening. Brushing twice a day after the meal, using an electric brush and fluoride content toothpaste along with interdental cleaning is advised.”

Data for the 2018-2019 school year also showed that on average across all groups, 23.4 per cent of five-year-olds had visible tooth decay.

Valiyamannil added that vegetables, fruits and water were recommended for youngsters since natural sugars were less destructive than processed versions.

“Fruits are a good supplement for sugars and are healthy. Clean the teeth immediately after a sugary drink or meal.

“Brush last thing in the night, spit out the toothpaste and avoid rinsing with water afterwards.”

Dr Kawther Hashem is campaign lead at lobby group Action on Sugar and a research fellow at Queen Mary University of London. She told Eastern Eye that the figures for south Asian children were “highly concerning”.

“A main cause of tooth decay is the frequency and amount of sugary foods and drinks we consume.

“We are bombarded by high sugar food and drink wherever we go, which are often not suitable for young children, resulting in sweetened foods being normalised from a very young age.

“This is even more common at times of celebration, where rewards and celebrations are often associated with sweet foods.

“At these times, everyone – from grandparents to parents – should look at trying to limit the availability of sweet foods and drinks around young children, by offering fresh fruit wherever possible, checking the labels of popular snacks foods and only opting for those with the lowest levels of sugar.

“This will help protect children’s precious teeth and set them up for healthier teeth for life.”

Damage to teeth caused by plaque remains the number one reason for hospital admissions among young children, with research indicating a 10-fold difference in the severity of the problem between the richest and most deprived communities in society.

Ladwa added: “Previous studies have shown that pre-school children from a white Eastern European, Pakistani and Bangladeshi background have significantly higher decay experience than children who have white British parents.

“Explanations for ethnic oral health disparities, in addition to income deprivation, are thought to include infant feeding habits, language barriers and cultural beliefs about oral health.

“Not everyone is aware that brushing teeth twice a day with a fluoride toothpaste is key to prevention, together with regular visits to the dentist.

“Dietary factors that contribute to high levels of tooth decay include adding sugar to bottle feeds, giving children sweetened drinks and consuming a high carbohydrate diet. Sipping on sweetened bottle drinks over long periods, and overnight, effectively bathes the teeth in sugar and can cause a rapid deterioration in toddler’s teeth.”

The General Dental Council carried out research in August 2020 to assess the impact of the first Covid lockdown.

It found that patients from black and Asian ethnic groups were generally more likely to indicate concerns about visiting dentists compared to white respondents.

A spokesperson said: “Seventy per cent of black and 68 per cent of Asian respondents said they would not go to a dental practice unless they had an urgent issue, compared to 52 per cent of white respondents who agreed with this statement.”

Tory MP says she was sacked for her ‘Muslimness’