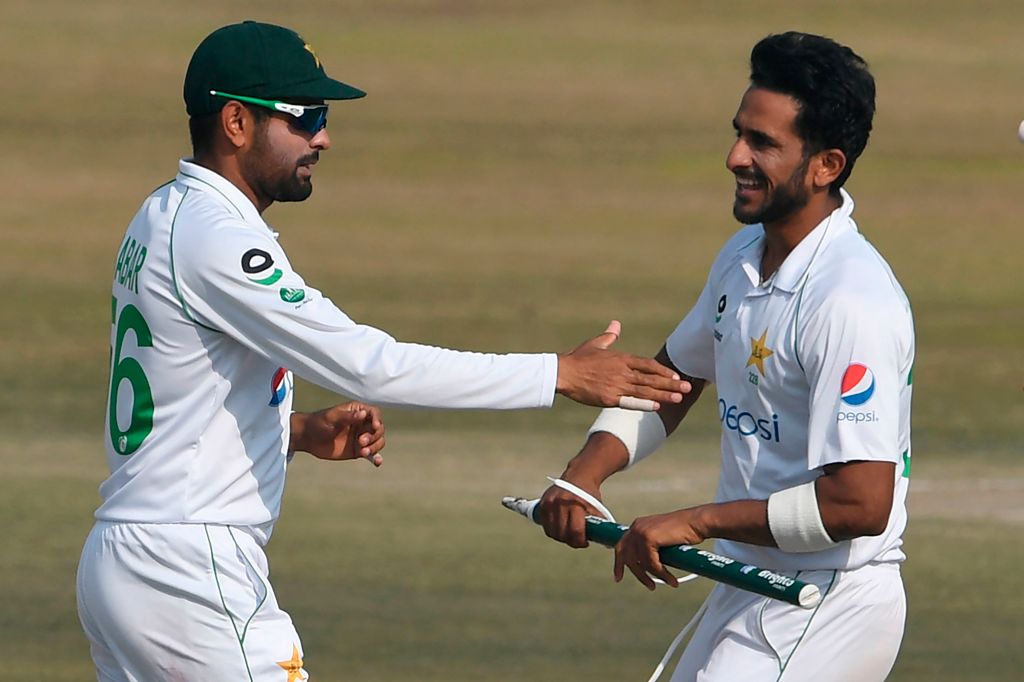 PAKISTAN pacer Hasan Ali, Sri Lankan spinner Praveen Jayawickrama and Bangladesh wicket-keeper batsman Mushfiqur Rahim were on Tuesday (8) nominated for the ICC men’s Player of the Month award for May.

Kathryn Bryce of Scotland and the Irish duo of Gaby Lewis and Leah Paul were nominated for the Women’s Player of the Month honours.

Ali played two Tests against Zimbabwe where he took 14 wickets, while from Sri Lanka’s camp, debutant Jayawickrama played one Test against Bangladesh and took 11 wickets at 16.11.

Jayawickrama bowled Sri Lanka to victory in the second Test against Bangladesh with the best match figures by any Sri Lankan bowler on Test debut.

Among women, all-rounder Bryce is the first player from Scotland, male, or female, to make it to the top 10 of the batting or bowling lists in the rankings released recently.

She played four T20Is against Ireland where she scored 96 runs and took five wickets with an economy rate of 4.76.

Ireland’s Lewis also played four T20Is against Scotland where she scored 116 runs at 29 with a strike rate of 116. She became the leading run-scorer in the series between Ireland and Scotland, with innings of 47 in the second match and 49 in the fourth.

Her compatriot Paul took nine wickets at 4.44 with an economy rate of 4.44 against Scotland and became the leading wicket-taker in the T20I series between Ireland and Scotland

The three nominees for either category are shortlisted based on on-field performances and overall achievements during that month (the first to the last day of each calendar month), the ICC said.