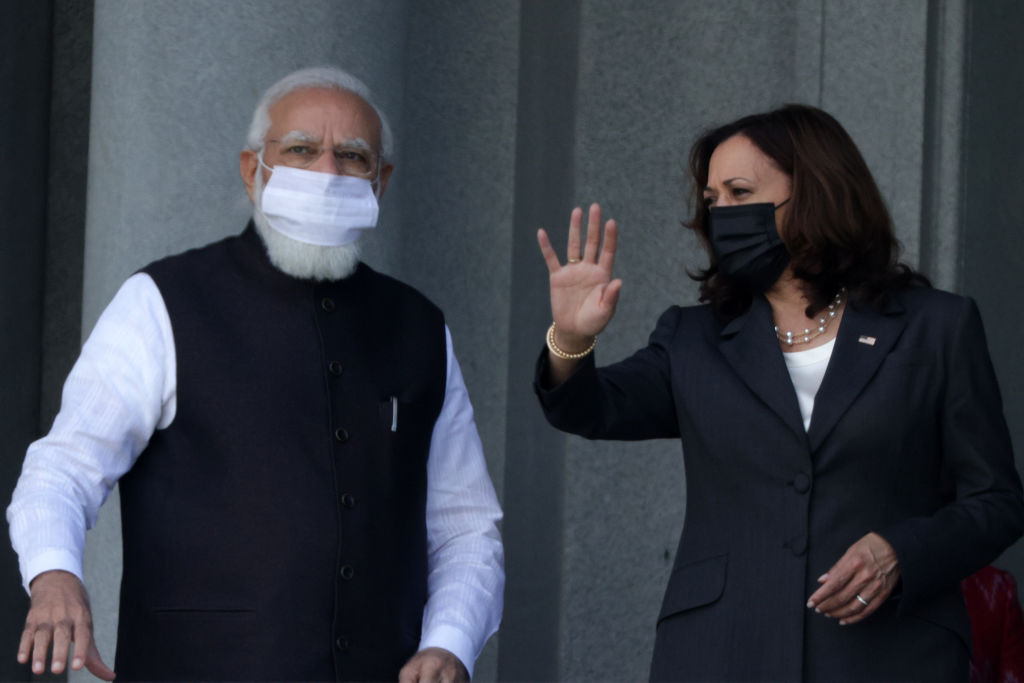 US Vice President Kamala Harris met Prime Minister Narendra Modi on Thursday (23) and stressed the importance of a free and open Indo-Pacific region at a time when the US is trying to solidify its pivot toward Asia and strengthen ties with allies to take on China’s growing influence in the region.

The meeting between the most prominent Indian American and the Indian Prime Minister, who has close ties with former President Donald Trump, assumed greater significance as the Biden administration takes steps to deepen its relationship with one its most important allies in Asia.

“The United States, like India, feels very strongly about the pride of being a member of the Indo Pacific, but also the fragility and importance…of those relationships, including maintaining a free and open Indo Pacific,” Harris told Modi during the meeting.

The meeting was also a celebratory moment for the 4 million strong Indian diaspora in the United States and Indians back home who take pride in Harris’s Indian roots and her ascent.

Modi praised the vice president referring to her as an “inspiration,” a leader who is like “family” and called her a “real friend” who has had India’s back during the Covid-19 crisis.

“The oldest democracy and the largest democracy…we are indeed natural partners, we have similar values,” Modi said.

During the meeting, Harris also welcomed India’s decision to resume exports of the Covid-19 vaccine and said both countries must work together to protect democracies around the world.

India, the world’s biggest maker of Covid vaccines, announced recently that it would resume vaccine exports later this year. India stopped exports in April to focus on inoculating its own population as infections exploded.

“When India experienced the surge of Covid in the country, the US was very proud to support India in its need and responsibility to vaccinate its people, and I welcome India’s announcement that it will soon be able to resume vaccine exports,” Harris said.

Harris and Modi were expected to discuss the Covid-19 pandemic, greater cooperation in technology, space and other sectors, and supply chain issues, sources with knowledge of the matter told Reuters.

Modi’s three-day Washington trip will be capped by a meeting with President Joe Biden at the White House on Friday.

Biden and Modi will also hold a “Quad” summit with the leaders of Australia and Japan, aiming to boost cooperation in the Indo-Pacific region amid China’s growing dominance in the area.

Modi, former chief minister of Gujarat before his 2014 national election win, was banned from travelling to the US for a nearly a decade, following the massacre of 1,000 people, mostly Muslims, in the state in 2002.