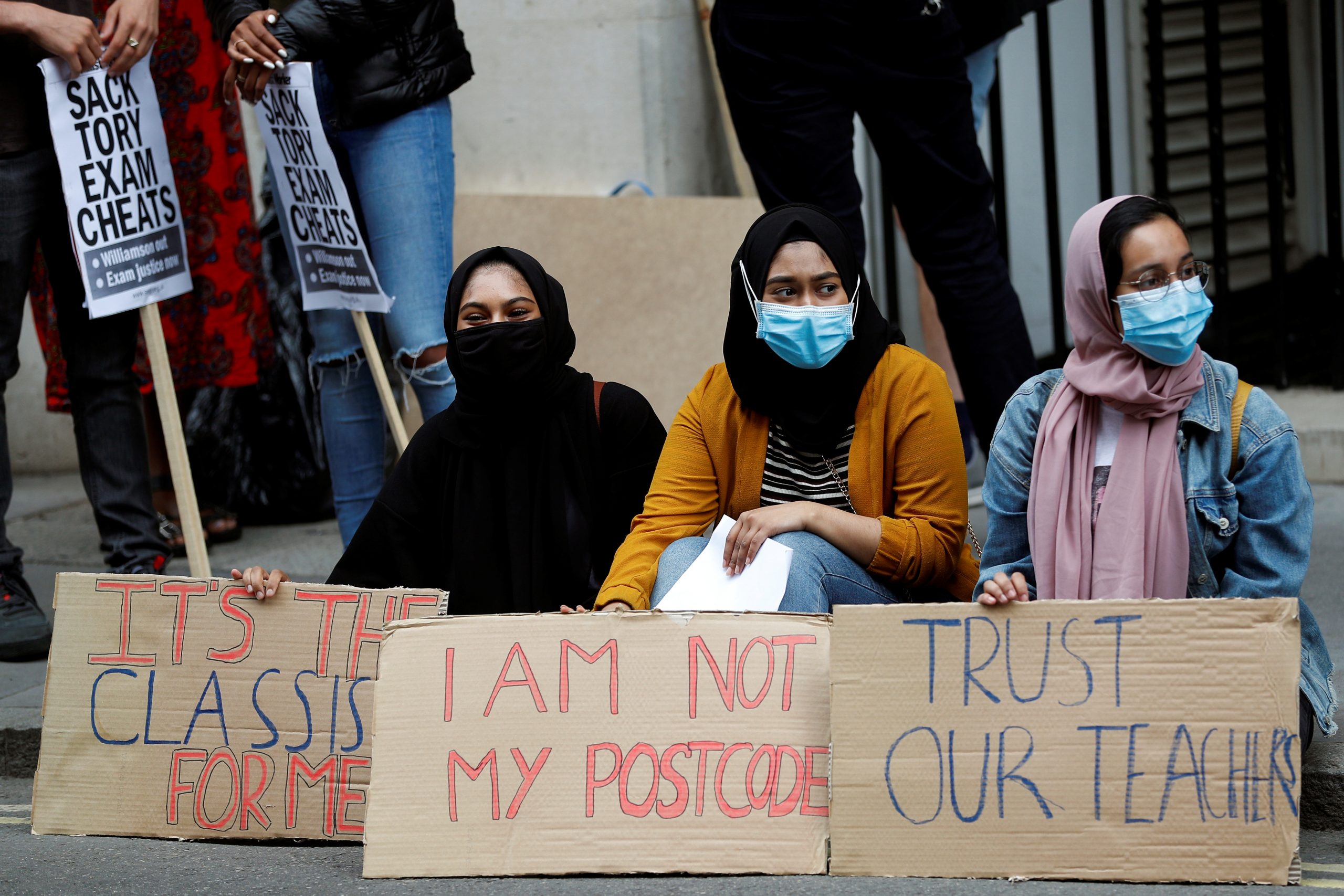 A-level students protest outside the Department for Education, in London, Britain, August 14, 2020. (REUTERS/Peter Nicholls)
Follow Us

THE heads at the Haberdashers schools have decried the current A-level grading process, saying they “feel strongly that the vagaries of the system have let pupils in England down”.

“Today it has become clear that, in many cases, an algorithm has generated results which do not do justice to students,” they said on Thursday (13).

“In many schools and in many academic departments, the results awarded are not only much lower than the Centre Assessed Grades, but actually well below any grades awarded in recent years.”

The criticism came as England’s exam authority awarded lower grades than what teachers had predicted to almost 40 per cent of pupils studying for their main school-leaving exams.

Lock and Hardy noted that, despite assurances from Ofqual, “in too many cases there seems to be no clear relationship between the historical data and the grades awarded”.

They said it was “hard to understand” why the Centre Assessed Grades were downgraded “as radically as has been done”.

Many schools were “witnessing their lowest results of recent years” as an end result, they added.

“The stakes are high of course,” the heads cautioned, adding that the grades awarded the current system “will affect entry to higher education and will undoubtedly affect life chances”.

The letter said the “last-ditch” decision to allow mock exam grades as a substitute was “a fig-leaf”, adding that it was “neither fair nor is it a concession”.

Mock grades, they argued, mostly tend to be lower than final outcomes each summer.

“Mock results can never provide a fair and consistent substitute,” the letter said. “This last-minute decision does more to deflect criticism, than helping children. It is unrealistic to imagine that every young person will have the opportunity to sit more exams in the autumn – for some this will be an impossible luxury.”

“The disparity between the grades now awarded in Scotland and here in England will disadvantage English pupils when it comes to the competition for places in higher education,” the heads pointed out.

“This fact, combined with the apparent harshness of the statistical model that has been used, will now create a clamour for English boards to follow suit and revert to Centre Assessed Grades en masse here too. It is hard to see how anything less can now be fair.”

Handling of public examination results, they opined, was “yet another failure of those in authority to prioritise the interests of the young people they are meant to serve”.

The education secretary had defended the grading process, and said he would not follow Scotland’s lead in cancelling the results in favour of teachers’ assessments.

“The majority of young people will have received a calculated grade today that enables them to progress to the destination they deserve,” said Williamson, who had hastily introduced an appeals process on Wednesday.

Labour leader Keir Starmer said the grading system had failed. “Something has obviously gone horribly wrong with this year’s exam results,” he remarked.