Google will buy a $4.5 billion stake in Reliance’s digital unit and jointly develop an entry-level smartphone with the Indian conglomerate, the two companies said on Wednesday (15) as global tech giants race to grab a share of the country’s massive market.

“We are delighted to welcome a household name in India and worldwide, Google, and have signed a binding partnership and investment agreement,” which will give the US firm a 7.7 per cent stake in Jio Platforms, Reliance chairman Mukesh Ambani told shareholders at the oil-to-telecom behemoth’s annual meeting.

The two firms will also develop “an Android-based smartphone operating system”, Ambani said, adding: “India is at the doorstep of (the) 5G era.”

“We believe we can design (an) entry-level 4G, or even 5G smartphone, for a fraction of its current cost,” he said, vowing to “make India free of 2G”.

“With cheap smartphones and data, millions of Indians came online and Jio had a big role in it. Our goal is to bring a billion Indians online,” Google’s chief executive Sundar Pichai said in a pre-recorded video message released at the meeting.

Major players including Facebook, Intel and others have already ploughed some $15 billion into Jio Platforms this year, as Ambani — India’s richest man — seeks to take on US giants Amazon and Walmart in India’s growing online retail sector.

The tycoon, who upended India’s telecom sector after launching the Jio mobile service in 2016, is looking to roll out an e-commerce initiative that will tap into its huge 388-million-strong subscriber base.

Jio’s mobile offering clobbered the competition, offering huge discounts on its services and forcing rival firms to crash out after they were unable to keep up.

Reliance is locked in a fierce battle with Amazon and Walmart for a share of India’s e-commerce market and Ambani’s plan to launch an affordable smartphone will see him compete with Chinese manufacturers who have a strong foothold in the South Asian nation.

“The target is Chinese smartphone makers. Reliance wants to give tough competition to the Chinese companies in the smartphone category and that is something they will build towards,” Forrester Research senior forecast analyst Satish Meena told AFP.

Prime minister Narendra Modi — seen as an ally of Ambani — has long pushed a “Make in India” strategy and urged foreign businesses to manufacture goods locally.

He has also asked domestic consumers to “go vocal for local”.

In recent months Ambani has raised more than $22 billion in a rights issue and through selling stakes in Jio Platforms, and announced last month that Reliance was now net debt-free as a result.

The 63-year-old businessman, whose wealth ballooned on the back of India’s telecoms boom, lives with his family in a 27-storey luxury Mumbai skyscraper reputed to have cost more than $1 billion.

The deal followed Google’s announcement on Monday that it would invest $10 billion in India over the next five to seven years.

Foreign firms have spent tens of billions of dollars in India in recent years as they fight for a piece of the Asian giant’s burgeoning digital economy. 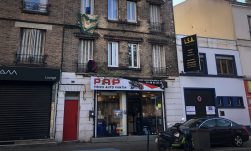 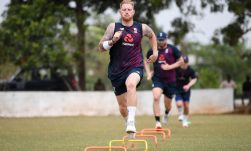 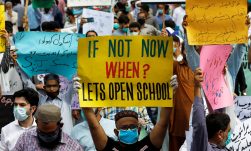 'Bahrain sacrificed Palestinian cause at altar of American elections': Iran