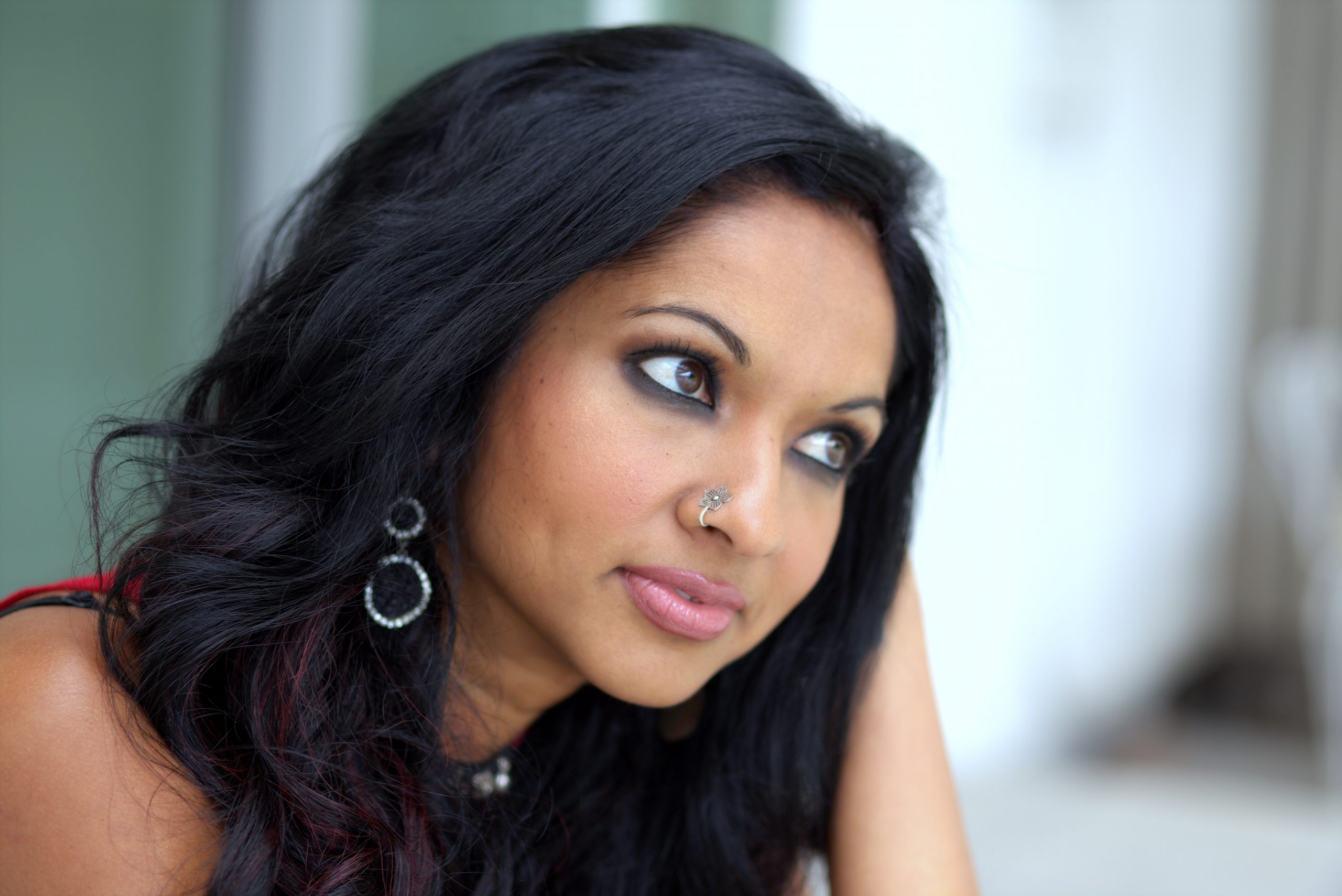 Being the daughter of master violinist L Subramaniam and great singer Viji Shankar, along with having legendary classical Indian vocalist Lakshmi Shankar as a grandmother, meant that Gingger Shankar was introduced to music from a young age.

This connection evolved into a successful career for the singer, composer, and multi-instrumental maestro, which has included successful solo releases, creating music scores for films, and delivering mesmerising live performances, including on the double violin.
Most recently, one of her songs featured in the newly released Ms Marvel series. She has a whole host of interesting projects on the way.

Do you remember when you had the first connection to music?
Honestly, since I was born. My mother sang to me when I was still in her womb. My first memories are hearing songs from my mother and grandmother. I had a violin in my hand before my hands could reach around the neck of it. I’ve been around music and musicians my whole life. At shows, backstage, at our house. So, I think I was a musician before I knew what that meant.

What was it like growing up with musical masters in your family?
(Laughs) I think both a blessing and a curse. For the longest time, I wanted to be an astronaut. That was obviously never going to happen with the training that was going on from childhood! Now looking back, it was such an incredible childhood. To be in the presence of so many musicians in the family and so many people they collaborated with. Running aro­u­nd in studios, falling asleep under the piano during rehearsals, liste­ning to my mother and grandmother singing all the time. I wou­ldn’t trade it for anything.

When did you become aware of how great family members like your legendary grandmother were?
It was such a normal thing to be at concerts that I never really understood who they were or how great they were. Or who the musicians or filmmakers around were. Plus, as a kid nothing seems as important as what’s going on in your childhood. I think only as an adult did I start grasping the concept of who my family really is.

Did that put pressure on you?
I think there was a lot of external pressure, but an even more internal one. You don’t want to let anyone in your family down and live up to all the expectations. But at some point, you start realising that the only reason they were all so great was because they all found their own voices and broke down doors along the way. And if I wanted to do anything that meant something to me as an artist, I had to get out of that mindset of letting people down and find my own voice in all of this. And that was a difficult journey, especially when people expect so much of you or expect you to be the same as various members of your family. 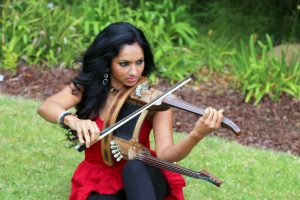 You have impressively forged your own musical path. Did you have a set plan to make that happen?
(Smiles) Absolutely not. I have always followed what inspires me and pushed myself to have a very disciplined work ethic. I definitely learned that from watching my mother work hard her whole life, no matter what challenges she faced. Same with my grandmother and great grandmother.

Which of your own musical achievements is closest to your heart?
I think the project I’m working on now – the film and record about my mother and grandmother, highlighting their contributions in bringing Indian music to the west with Pandit Raviji (Shankar) and George Harrison. Raising children and just being extraordinary artists is something that’s very close to my heart. Being able to sing and make music with two of the most influential people in my life, who shaped my entire being and are no longer around, means a lot to me.

How would you describe your own music and sound?
I’m definitely a hybrid. My musical and cultural upbringing has shaped my sound. Indian, classical, operatic, orchestral, cinematic, hip-hop, jazz. I love moving through all these sounds in all the projects that I do.

How did you feel about your song being featured in Ms Marvel?
First, it was already beyond exciting to have a song in a Marvel film as I am such a fan of the universe. But to have a song in Ms Marvel, which features the fir­st ever Pakistani girl superhero. Created by incre­dible brown women. And then working on a song with Eva B, the first ever Pakistani female rapper who is so unbelievably talented with her words and swag. The excitement level is off the charts.

Did you ever expect something like this?
If you had told me five years ago we would have a track in a Marvel show in Urdu, I wouldn’t have believed you. It gives us all a lot of hope that we are starting to see faces that look like us in mainstream Hollywood. Especially in the superhero genre.

What can we expect next from you?
I’m super excited about working on a record with my new band French Gin that I formed with Daniel French (from the band Las Cafeteras). Working with Daniel is so great because of his versatile background in Latin, pop, hip-hop and other genres. The funny thing is that we played on a televised show for the Nobel Prize Summit during the pandemic (so no audience) and another one in Houston for the Rotary convention in front of 25,000 people. (Laughs) So we’ve had some extremes in a very short time. We’ve already done a couple of film scores together, so the record is going to be a whole new creative process for us!

What else do you have on the way?
Eva B and I are also working on her new record in Los Angeles this summer. Can’t wait to share that as well.

How much does live performance mean to you?
I love it. It is such a crucial part of my artistic life. There’s nothing in the world like the feeling of playing in front of a live audience. The energy you give and get back is indescribable. Not being able to play for the last two years in front of crowds during the pandemic was difficult. It made me miss that interaction so much. We all moved to Zoom, but it wasn’t the same. Getting back on stage really made me appreciate how special that experience really is, and I am definitely not taking it for granted.

You are magnificently multi-talented, but if you could master something new in music what would it be?
I love this question. I really want to learn more percussion instruments. I am a huge fan of the drums.

Why do you love music?
I love music because almost everybody can sing. Or make a sound. Before any instruments, before written language, there were songs. Melodies. People passed down stories through songs. Babies come out screaming notes. It is the most universal thing in the world.
I’ve been in countries where I don’t speak the language, but I can sit with a bunch of musicians and play music and completely be understood and seen. I don’t think there is anything in the world like that.
Instagram: @gingger_shankar