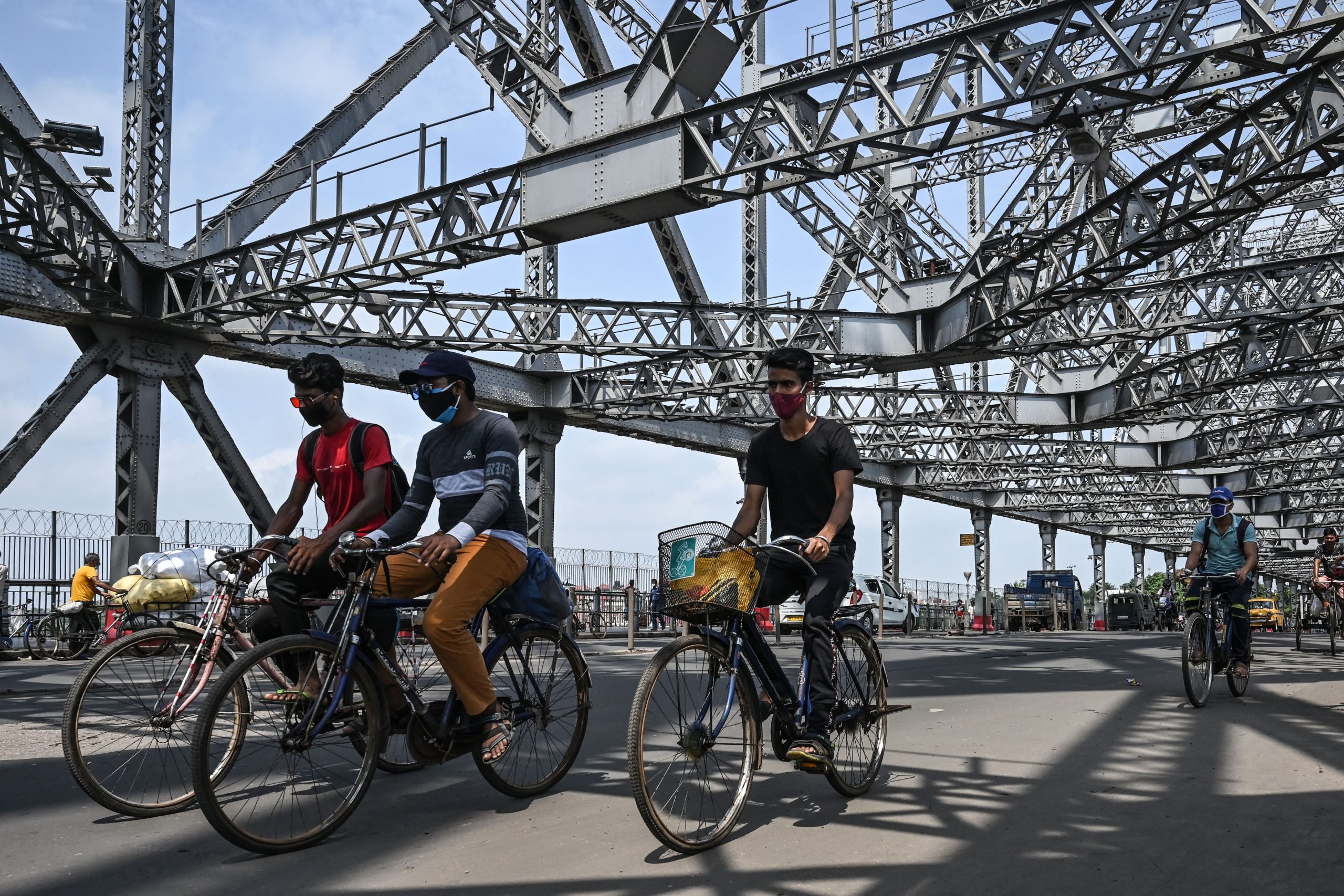 Cycling used to be considered a crazy idea in Kohima, a hilly city with narrow streets in northeast India. Nowadays, riding a bike is a fashion statement, according to the official leading local efforts to champion pedal power.

Kohima is one of 25 cities pioneering a shift to green transportation in a federal cycling initiative launched during the COVID-19 pandemic, which has boosted bike sales and interest in cycling in India due to public transport curbs.

“Growing up we never imagined that we could cycle to school or to work because the general belief was that you cannot cycle in the hills,” said Atoba Longkumer, who is heading up Kohima’s participation in the government’s India Cycles4Change Challenge.

“Over the last year, I’ve discovered that nothing could be farther from the truth,” Longkumer, 30, said by phone. “Today in Kohima, cycling has become a fashion statement.”

Bikes have generally been used in India by people who cannot afford other forms of transport.

The number of bicycle-owning households in India remained virtually unchanged between 2001 and 2011 as rising income levels increased access to motorbikes, cars and public transport, according to a study by The Energy Report Institute.

Even in cities without Kohima’s steep and winding streets, cyclists can face an uphill struggle in India’s notoriously congested urban hubs.

A survey undertaken by 50 cities ahead of the government’s cycling challenge, found speeding vehicles, traffic congestion and pothole-riddled roads deterred residents from riding a bike.

Under the federal initiative, more than 100 cities were encouraged to test quick and low-cost methods to promote cycling – from bike sharing to cycling clinics, no car Sundays and cycle-to-work programmes.

Kohima was among 25 cities shortlisted for their strategies to boost cycling infrastructure and encourage residents to pedal short distances as a way to tackle traffic congestion and ease pressure on overburdened public transport services.

“For every 100 Indians we have 10 cars and despite this low density, what you see on the roads across cities big and small is traffic congestion,” said Kunal Kumar, head of the Smart Cities Mission, which runs the cycling initiative.

“COVID-19 also does all the wrong things for public transport, with safe distancing not really possible,” he added. “The time is ideal for a revolutionary change – from cycle for sport to cycle for transport.”

‘WIND IN MY HAIR’

Lockdown restrictions and a reluctance to board crowded buses and trains have encouraged some Indians to rediscover cycling or take it up for the first time.

Hinotoli V Sena, 35, a disaster management specialist from Kohima, said she had fond childhood memories of cycling but had given it up for years.

“I bought a mountain bike recently and love the feeling of the wind in my hair,” she told the Thomson Reuters Foundation by phone.

“It’s such a practical mode of transport, though poor infrastructure and rash driving makes it a dangerous way to travel on Indian roads,” she added.

In Aurangabad in western Maharashtra state, Arpita Sharad, 32, only learned to ride a bicycle last year and now works as part of the city’s Cycles4Change Challenge programme.

“It’s important to face the traffic on the road to realise the challenges,” she said.

“I started cycling to work and the commute was an eye-opener. It helped me ideate and now we’re in the process of putting a 20-km (12.5-mile) dedicated cycle lane in the city.”

“Citizen involvement is key to this model and cities are using their feedback to co-create the solutions,” said Shreya Gadepalli, South Asia programme lead of nonprofit Institute for Transportation and Development Policy (ITDP).

In collaboration with India’s Ministry of Housing and Urban Affairs, ITDP is putting together an online exhibition showcasing Cycles4Change success stories.

“The exhibition, due to open later this month, is a way to celebrate what cities have done,” Gadepalli said. “In stage two we are looking to rev up, inspire other cities and scale-up the pilot projects.”