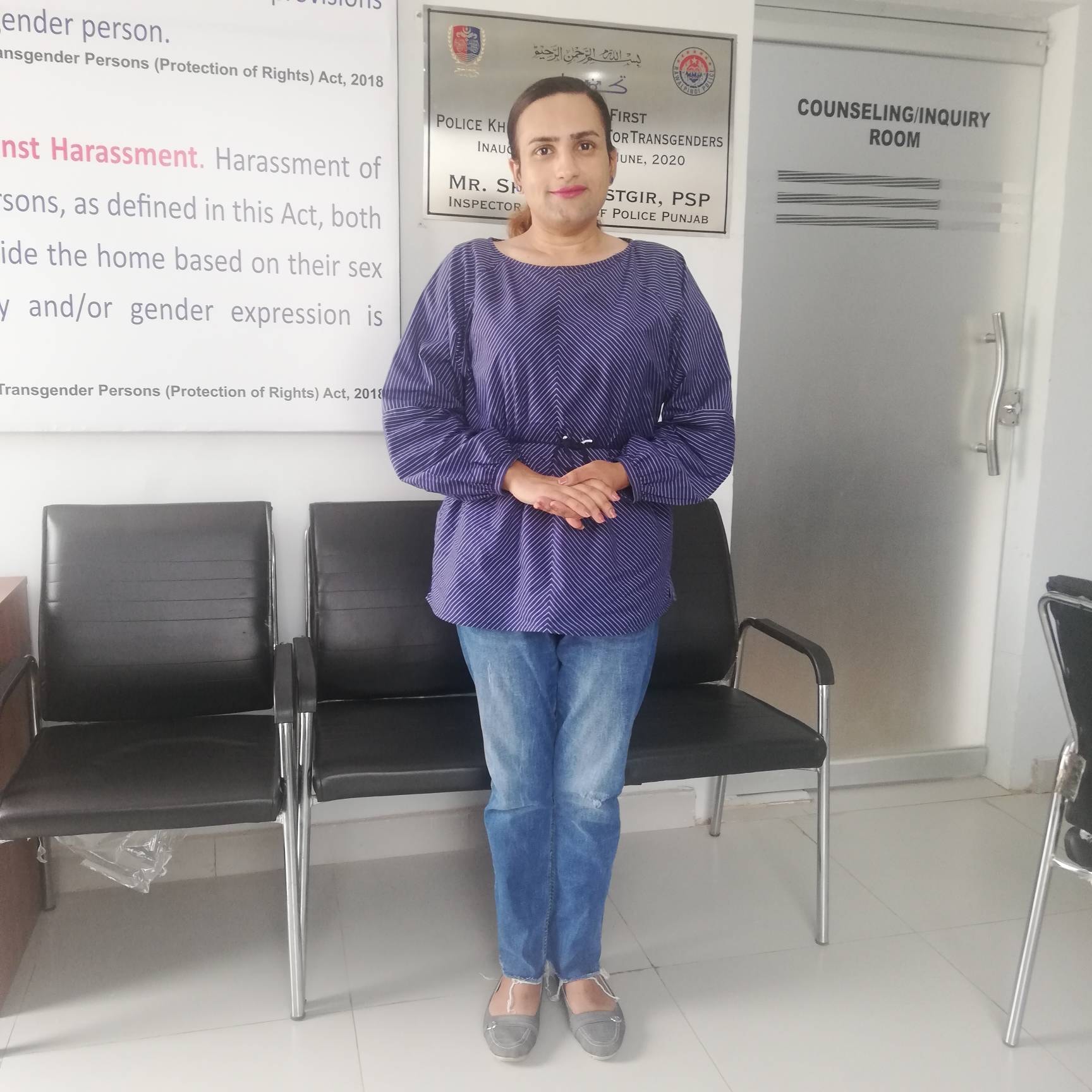 In her first two months as a trans victim support officer, Sharif helped 16 trans people in Rawalpindi in Punjab, Pakistan’s most populous province, as well as receiving about 40 trans visitors who came to the station “out of curiosity”.

“The other day we got a call from a trans woman that her brothers had threatened to kill her. I went and talked them into accepting that who they thought was their brother had always been a sister,” said 32-year-old Sharif.

“In another (case), a tenant was being thrown out of her home for being a trans person and I was able to stop that,” she told the Thomson Reuters Foundation.

Trans people are making legal gains in Pakistan, recognised as a third gender since 2009 and counted for the first time in 2017 – the census recorded 10,418 trans people in a country of 207 million, though charities put the figure closer to 500,000.

But misunderstanding, abuse and discrimination remain rife, according to campaigners, with many trans people – whose gender identity does not match their sex at birth – denied jobs, education and healthcare and cast out by their families.

Pakistani society is largely conservative, with women often living in seclusion at home. Gay sex is widely regarded as immoral and un-Islamic and punishable by life imprisonment.

The abuse Sharif endured at college – which she described as “the worst years of my life” – made her depressed and unwell and she had to complete her international relations degree online.

She has also struggled to win acceptance from her family.

“For my brothers, I was always a source of humiliation,” said Sharif, the youngest of five siblings.

“One of them told me he would have a problem getting his kids married off if people found out about me. I was very hurt but I said they don’t have to tell anyone about my existence; in any case we live in different cities and I support myself.”

Sharif said people take her “more seriously” now that she works for the Tahafuz centre, the first-of-its-kind pilot project by the Rawalpindi Police to protect transgender people, which began operating on May 12.

She believes she can have a positive impact upon the police, who often harass beggars and sex workers for bribes – the only work available to many trans people.

“The police … treat (trans people) with contempt and disdain since they, too, belong to the same society and have the same mindset as the rest,” said Sharif.

By resolving disputes and providing support to victims in Rawalpindi every day, she is also proving that trans people can take up leadership roles.

“Unless (trans people) have role models to follow, they will continue in the same footsteps of their predecessors who have survived by begging, dancing or carrying out sex work,” she said.

“But when they see a transgender policewoman or a television anchor or a lawyer, they will realise they can dream and aspire to reach for the stars.”