Film bodies hail PM Modi as he warns his party leaders against ‘unnecessary remarks on movies’ amidst boycott calls: ‘It’s a big boost of confidence for the industry’

A BJP office bearer, who was present at the meeting, said that the prime minister in his speech had “cautioned” those who make statements to grab headlines. 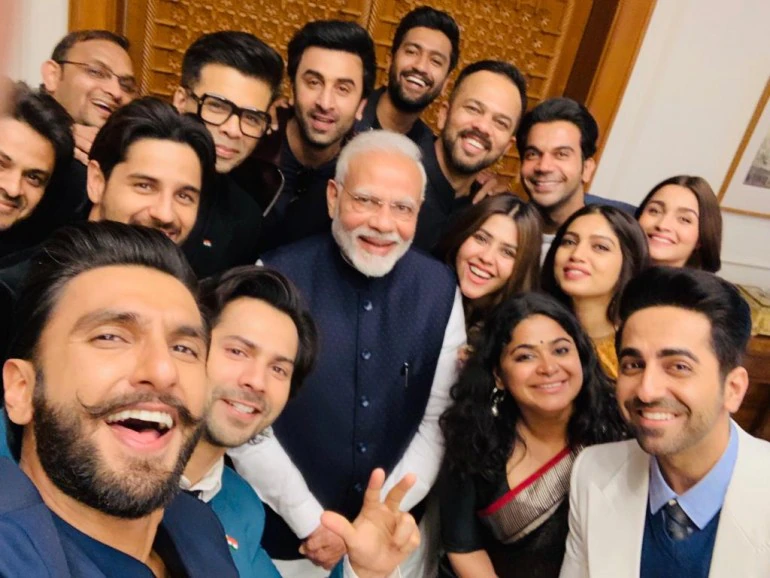 His stern message comes amid controversies around Bollywood films that have been facing strong opposition from some BJP leaders for some time for allegedly hurting Hindu sentiments. The latest one to face the wrath of some BJP leaders is superstar Shah Rukh Khan’s much-anticipated film Pathaan, which has been at the center of controversy over its song “Besharam Rang” featuring actress Deepika Padukone in a saffron-coloured bikini.

The PM made the comment while addressing the party workers on the second and final day of BJP’s National Executive Meeting in Delhi on January 17.

A BJP office bearer, who was present at the meeting, said that the prime minister in his speech had “cautioned” those who make statements to grab headlines, and “he told them that they should refrain from doing so.”

Filmmaker Ashoke Pandit, president of the Indian Film & Television Directors’ Association (IFTDA), welcomed PM’s concern shown towards Bollywood and said that it is a “big boost of confidence” for the Hindi film industry. “It is a great concern shown by the Prime Minister. If the PM snubs his own people and tells them to shut up and not talk nonsense against the film industry, which is not their area, for mere publicity, it is a big boost of confidence for the industry. That the PM of the country is with you. The signal goes to not only the politicians but even people from the media, our own industry itself,” Pandit said.

FWICE (Federation of Western India Cine Employees) President BN Tiwari echoed similar thoughts. “We thank PM Modi for his comment, because some people, for their two-minute of fame, were doing this. It made no sense. If members of the leading party saying something unnecessary about the industry, it makes a difference. The PM has always thought of the industry’s development, but some members of BJP and other right-wing parties had made comments against the industry, which had impacted the Hindi film industry. So, for the PM to say this is like a certificate for us. This will empower our workers, technicians and artistes,” Tiwari said.

Keep visiting this space for more updates and reveals.