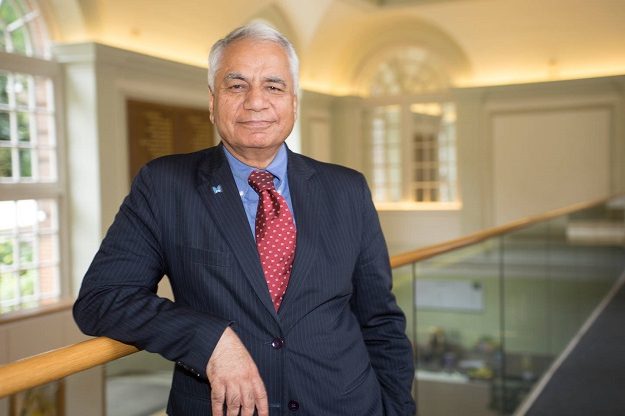 Dinesh Bhugra, professor of mental health and diversity at King’s College London, told Eastern Eye: “The figures are worrying for a number of reasons: it appears that the Bangladeshi population’s needs are not being met maybe due to a lack of understanding of the cultural norms and meanings of the symptoms."

BRITISH Asian patients with mental health problems are among the least likely to improve after having NHS treatment compared to other groups, new government data shows.

Experts have called for services to be urgently improved after it emerged that patients of south Asian origin were among the least likely to show an improvement in their condition compared to those from a white, black, mixed or Chinese background.

The lowest percentage of patients with anxiety and depression getting better was among British Bangladeshis at 60.8 per cent while the biggest improvement was among British Pakistanis between 2015/16 and 2018/19.

And 8.8 per cent of Bangladeshi origin patients’ symptoms worsened in 2018/19, the highest percentage out of all ethnic groups, the NHS Digital figures showed.

Among those of Indian heritage, 66.4 per cent of people’s condition improved last year compared to 65.3 the previous year.

Dinesh Bhugra, professor of mental health and diversity at King’s College London, told Eastern Eye: “The figures are worrying for a number of reasons: it appears that the Bangladeshi population’s needs are not being met maybe due to a lack of understanding of the cultural norms and meanings of the symptoms.

“It is possibly that explanations proffered by the Bangladeshi population are not being taken into account, it may also reflect issues related to language and understanding.  It is likely patients may feel less engaged with treatment because they may be presenting a mixture ofphysical and psychological symptoms.  A lack  of  knowledge  of  culture and cultural norms may indicate difficulties in engagement with services.”

He added: “All staff in the NHS need to be trained in cultural competence which focuses on cultural awareness and culturally appropriate interventions. Cultural awareness focuses on what the symptoms mean to the individual and will improve engagement. Treatments must be modified to ensure that people are willing to accept and engage with treatments.”

The data, published in February, also found the highest percentage of patients showing improvement was white Britons at 68.1 per cent.

And between 2015/16 and 2018/19, the percentage of patients showing an improvement increased in every ethnic group.

Charlotte Gill, policy and campaigns manager at charity Mind, said some people face extra barriers such as stigma in their community but these same communities can be a huge source of support.

She told Eastern Eye: “That is why it is so important that NHS services are equipped to provide appropriate care that takes these and the individual’s culture and background into account where relevant. We are worried to see the NHS reporting that Bangladeshi people, in particular, experienced lower recovery rates for anxiety and depression than other people, and that Asian groups more broadly experienced less improvement after treatment.

“While there are some examples of grassroots specialised services available to some Asian communities, many of these services have all but disappeared in recent years.  We urgently need to see this level of culturally relevant care being offered by the NHS and incorporated into all existing mental health services.

“We were encouraged to see recommendations in the Mental Health Act Review to improve this, through a Patient Carer Race Equality Framework, but we must see this being implemented on the ground so that frontline services can begin to learn what really works and we start to see people’s recovery rates improving at the same pace across the board.”

She added: “These serious conditions can have a distressing and debilitating impact on individuals,while also having a negative impact on physical wellbeing.

“The government must do more to support those susceptible or suffering from these conditions, by providing more investing more in our NHS including in mental health and wellbeing provision.”

The Department of Health and Social Care was contacted for comment. For confidential support, ring Mind on 0300 123 3393 or the Samaritans on 116 123.