The findings of the study were brought out in a preprint paper by scientists from University of Potsdam in Germany and Indian Institute of Technology in Roorkee. 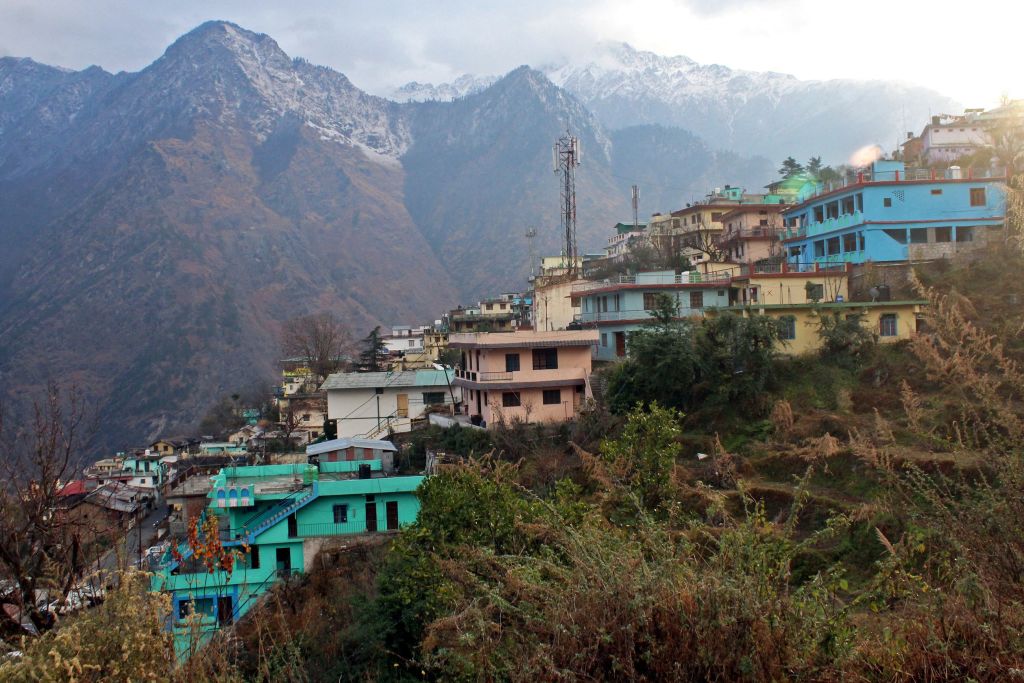 A general view of the Joshimath town is pictured in Chamoli district of Uttarakhand state on January 12, 2023. (Photo by -/AFP via Getty Images)
Follow Us

Scientists have found that vulnerability of the highway stretch in Uttarakhand between Joshimath and Rishikesh to landslides is likely to increase, owing to continued vegetation removal and destabilising of slopes.

An average landslide density of 1.25 landslides per km was recorded by scientists for the 247-km-long stretch on NH-7 highway.

The study conducted a systematic survey of landslides and derived a statistical model, aimed at quantifying landslide susceptibility along the NH-7 at a high spatial resolution, the findings said.

Based on an inventory of more than 300 landslides along the corridor following exceptionally high rainfall in September and October 2022, the study identified the main factors governing the occurrence of mass-movement events.

The findings of the study were brought out in a preprint paper by scientists from University of Potsdam in Germany and Indian Institute of Technology in Roorkee.

“The highest density of landslides occurs between Rishikesh and Srinagar within lithozone 2 and between Pipalkoti and Joshimath in lithozone 1,” the study said.

“Lithozones encompass rocks of similar lithology, or composition. We did a regrouping of the lithologies from the geological map of Uttarakhand,” said study author Jurgen Mey, Institute of Environmental Science and Geography at the University of Potsdam.

The high landslide density in lithozone 2 is likely related due to the pronounced fissility, or the capacity to shear along the grain, and cleavage of the dominating shales and phyllites associated with material softening, percolation and weathering, causing a general decrease in rock strength, the study said.

“Yes, these rocks are vulnerable to heavy rainfall. But many parts of the Himalayas have similar features, so it is hard to avoid such terrains. However, with proper stability measures, such slopes can be made safer,” said Reet Kamal Tiwari, assistant professor, Department of Civil Engineering at Indian Institute of Technology in Punjab’s Ropar.

Tectonic activity too contributes to a general decrease in rock strength by creating shear surfaces with low friction angles, the study said.

“Because the Himalayas are tectonically active, these rocks have been deformed and modified so that they feature a lot of discontinuities, along which they can fail more easily. Adding the steep slopes and the high intensity rainfall (trigger), landslides will be frequent,” said Mey.

The study found an intriguing spatial agreement between recent constructions for road widenings and landslide occurrences in the region under investigation.

The road was widened by removing vegetation and excavating soil and rocks, potentially creating unstable slopes, the study said.

“Land cover change and climate change are the dynamic factors influencing landslide occurrence, whereas, slope degree and the soil are constant factors.

“We will see an increase in landslides in future, if the land use continues to change as per the current trend. We need to analyse these trends and keep them in front of us during town planning and other such activities,” said Tiwari.

In fact, these disturbances have led to frequent landslides along the NH-7 previously as there have been previous studies also reporting about 300 landslides occurring along the road more than 10 years ago, the study said.

“Our data indicates that 20–40 per cent of the recorded landslides are reactivated slope failures which underscores that slopes are recurrently unstable during periods with intense rainfall,” the study said.

“We will see more landslides in the future in the Himalayan region if such heavy rainfall instances continue,” said Tiwari.

During mapping, the scientists also noticed that some slopes were engineered during the last years with retaining walls, yet many of which also failed.

Damages and fatalities may become even more frequent in the future, the study said.

The entire Upper Ganga basin is susceptible to extreme rainfall events and climate change projections – although subject to high uncertainties – indicate a trend towards more frequent extreme events due to elevation-dependent warming and a likely increase of summer monsoon precipitation by 4-25 per cent, the study said.

It also said that exposure to landslides was likely to increase.

A reduction of traffic may disrupt the cycle of increasing hazard and exposure, the study said.

It concluded that the main controlling variables for landslides occurrence are slope angle, rainfall amount and lithology.

The Himalayan landscape presents a challenging environment for the construction and the maintenance of roads, even as close to 11,000 km of roads were built in the Indian Himalayan states, as attributed to media reports.