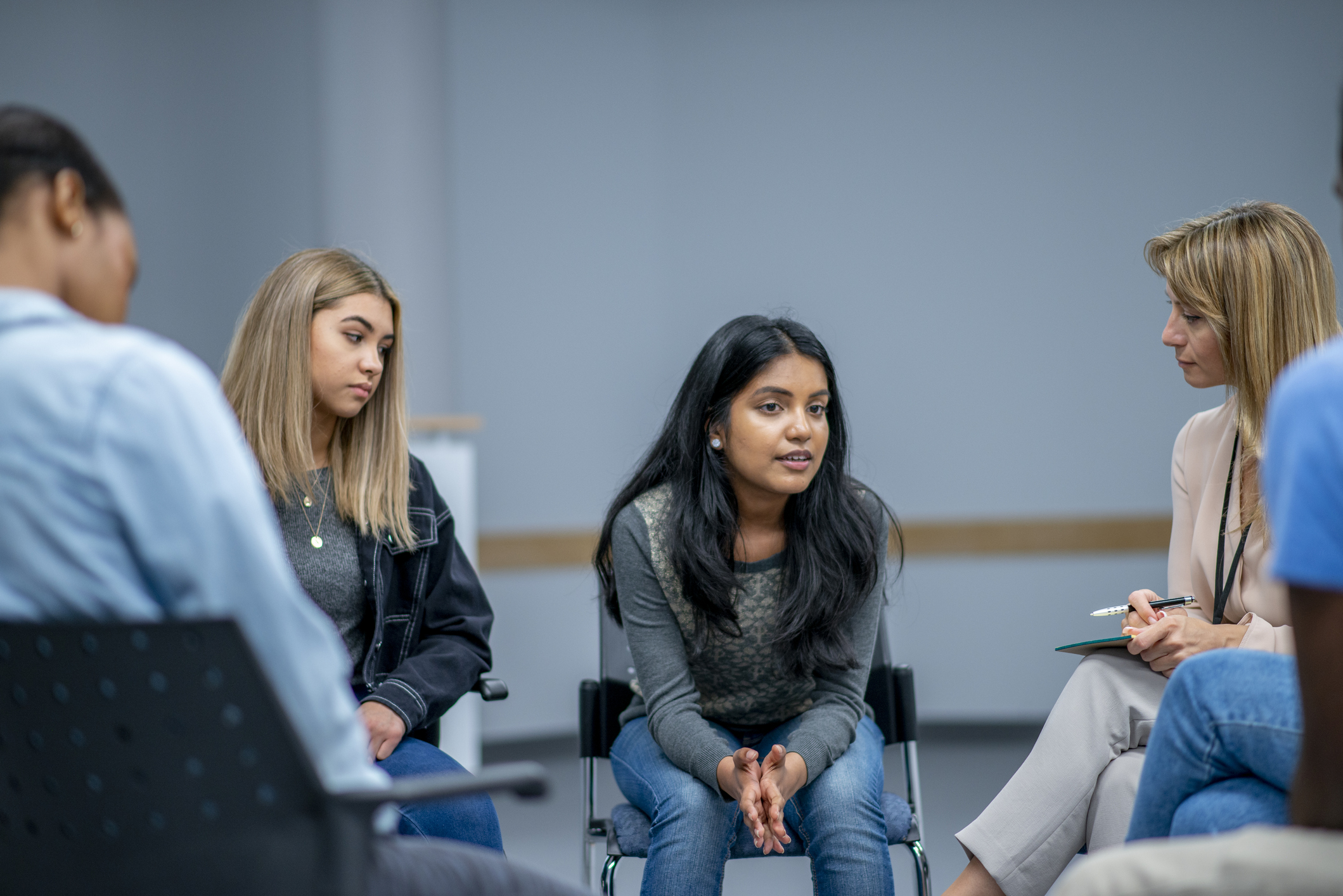 FRESH PERSPECTIVE: Figures have revealed the impact of social and economic factors on mental health among south Asians and black communities

ALMOST two-thirds of south Asians said the Covid-19 pandemic had a negative impact on their mental wellbeing, with the data prompting community leaders to call for culturally sensitive mental health services.

Adults from the Pakistani and Bangladeshi communities reported struggling the most, with 60 per cent saying their mental wellbeing was negatively impacted by the pandemic, the study found.

This was closely followed by Indian adults at 57 per cent, according to statistics from the newly formed Office for Health Improvement and Disparities (OHID).

South Asian adults were also more likely to say they have experienced worry and anxiety (59 per cent of Pakistanis and Bangladeshis and 54 per cent of Indians), compared to 45 per cent of the general public.

Ali Azad*, from east London, said his mental health has deteriorated in the wake of the pandemic. His mental health was also exacerbated by an injury in late 2020, which left him bedbound for several months. Azad, who is British-Bangladeshi, admitted feeling “desperate”.

“I would be sitting in the park, looking up at buildings and thinking, ‘I can imagine someone in my position jumping off it’,” he told Eastern Eye.

Angela Kandola is a Labour councillor for Nottingham city and the former chief executive of AWAZZ, a specialist charity service which provided mental health, substance misuse, offending, homelessness, and domestic violence support for people from BAME communities. The service shut down operations last August, due to a lack of funding.

Despite AWAZZ closing more than a year ago, Kandola said she is still regularly approached by people who ask her for help. She said there are no services in her local area which are run specifically for the BAME population.

According to the 2011 census, the proportion of Asian/ Asian British groups is approximately 13.1 per in Nottingham.

Addressing the issues the lack of support will cause, Kandola told Eastern Eye: “Mainstream services have a lack of culturally appropriate assessments – they use the Eurocentric version and not a culturally appropriate assessment. Interpreters are also not trained in the key words in mental health and when you’re not trained, and the psychiatrist is asking the interpreter’s responses, it’s never correct.”

Azad looked for mental health support, but waited more than 10 months to finally have an appointment booked in with a therapist. To his knowledge, the services are not culturally tailored for BAME groups.

“I’ve had no help whatsoever from support services,” he said. “I’m actually doing a lot better now, but I can only imagine what someone who is in desperate need must be going through.”

Psychiatrist Dinesh Bhugra echoed the need for tailored services for ethnic minority communities. “It is crucial that service providers are aware of differing needs and deliver services in a culturally sensitive manner, including the use of languages, idioms and communication styles,” he told Eastern Eye.

‘There has been a lot of grief’

Responding to the statistics themselves, experts have partly blamed the decline of mental health on the grief experienced by many ethnic minority communities during the pandemic.

Data consistently showed that ethnic minorities were disproportionally impacted by Covid, with a Public Health England (PHE) report last August saying the risk of dying among those diagnosed with Covid-19 was higher in BAME groups than in the white population.

Kandola said she has been working with a local Sikh temple and members of the Muslim community during the pandemic and witnessed the impact of grief. “There have been a lot of deaths,” she said.

Farimah Darbyshire, head of programmes and external relations at City Mental Health Alliance (CMHA), agreed that south Asians were more likely to have dealt with a bereavement during the pandemic. “And they had to deal with ‘complicated grief’,” she told Eastern Eye. “In other words, grieving at a time when you couldn’t have the funerals and gatherings that help you to process grief.”

“This suggests Covid-19 is compounding existing health and financial inequalities that may already exist for people from minority ethnic backgrounds,” she noted.

“Working in mental health, it is increasingly obvious that there is a link between experiences of mental health concerns and experiences of social marginalisation,” he told Eastern Eye. “We can see this reflected in the OHID data where a higher percentage of adults in south Asian communities are struggling with their mental wellbeing compared with the general public.”

Singh added it was important to “look at the whole picture” to understand why south Asian communities, particularly those from Pakistan and Bangladesh, consistently present worse health outcomes.

He highlighted the House of Commons research from last year, which found those from Bangladeshi and Pakistani groups were twice as likely to be in the bottom fifth of incomes than average while they have the lowest median household incomes.

The tip of the iceberg

Reflecting on her experience in the mental health field, Kandola said she has found that many members of the BAME community did not tend to come forward with mental health concerns. Therefore, she believes the OHID statistics may not capture the depth of the problem.

“(The data) is not a true picture,” she said. “How many people are going to come forward about this consultation? From my experiences, I know there are a lot of people who have faced the early stages of depression, isolation, relationship breakdown, unemployment, racism – is all that information logged?”

Azad said many in his British-Bangladeshi community were not even aware of symptoms related to mental health. When he started experiencing symptoms of anxiety (such as nausea and dizziness), he assumed it was a physical illness.

“I didn’t know what it was,” he said. “If somebody is experiencing anxiety that has been trigged by the pandemic and they don’t know what the signs are, how do they know what it is? It could be anxiety, but if somebody doesn’t tell them, they’re not aware of it.”

Asked about her hopes for the future, Kandola said she wanted to see equality within mental health services. However, she is not optimistic about its prospects.

“It’s not going to happen,” she said. “If you look at the demographics, the (BAME community) population has increased but the resources haven’t. They are being decreased all the time. It’s like being treated like a second-class citizen.”

In response to Eastern Eye, a Department of Health and Social Care spokesperson acknowledged the pandemic had “exposed fractures and inequalities within our health and care system”.

“In many places the pandemic has deepened them,” they said.

They said the government was committed to levelling up from the pandemic, stating the new OHID would “drive the mission to tackle health inequalities to ensure everyone has the chance to live longer and healthier lives”.

The spokesperson said the government had invested an additional £500 million to help people whose mental health has been particularly impacted by the pandemic. They added: “We have spent £8 million as part of the Vaccine Deployment Plan Equalities Funding to encourage vulnerable groups to get their vaccine, including those with learning disabilities and serious mental illness.”

*Name has been changed to protect identity.