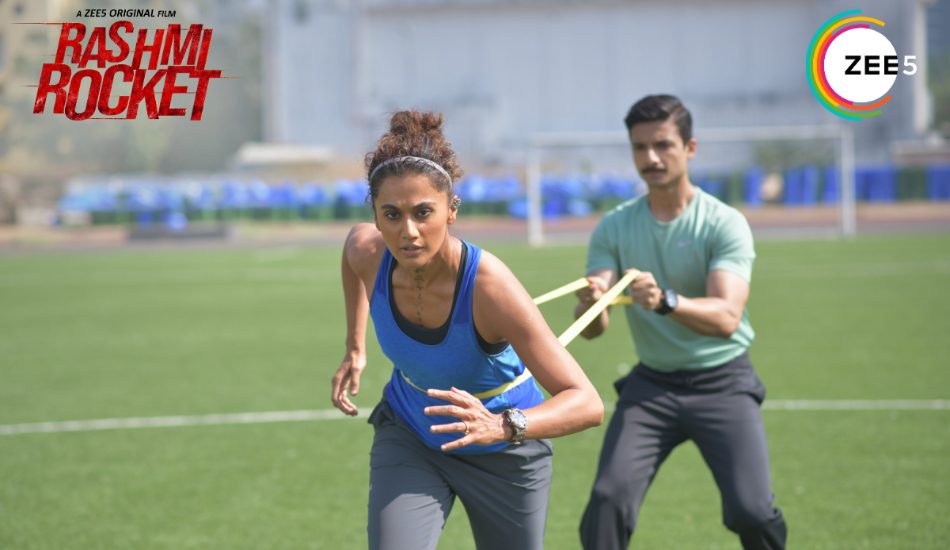 Priyanshu Painyuli is currently busy garnering praises for his performance in Rashmi Rocket which started streaming on Zee5 a few days ago. The movie also stars Taapsee Pannu in the lead role.

Eastern Eye recently interacted with Painyuli and when we asked him about his experience of working with Pannu, the actor said, “She is a real-life rocket. She has so much energy; she is a fireball and also a very chilled-out person. I had only seen her on screen. I had never met her, so for me the image of Taapsee was like very strong headed and powerful woman because of the kind of roles she played. But, when I met her I realised that she is such a cool, calm and very relaxed person.”

“We connected from day one; we became friends. We started talking about everything around the world like from food to traveling and everything. She is also one of the most dedicated and hard-working actors, and in a big way, I learned from her how to be disciplined towards your craft. I don’t think there could have been a better rocket,” he added.

Painyuli has been a part of a few films earlier, but this is the first time when we saw him dancing in a movie. When asked about his experience of shooting a dance number, the actor said, “I have to say it was a task. I have never realised that shooting a song sequence can be so difficult because I had not done it before. In Bhavesh Joshi, we had some songs, but it was more of a montage of scenes. But, choreography-based dancing is difficult, it takes four to five days, and sometimes more to shoot big song sequences.”

“We took some four days to shoot this song. We rehearsed for two to three days first and I don’t come from a dancing background, and I can dance only if given a good amount of rehearsals. So, I really want to work more on my dancing skills for sure, and now, as I have done Ghani Cool Chori, I definitely want to do more dancing because I enjoyed it. It was tiring but it was fun,” Painyuli added.