Exclusive! Mukul Chadda on working with Vidya Balan in Sherni: It was absolutely wonderful 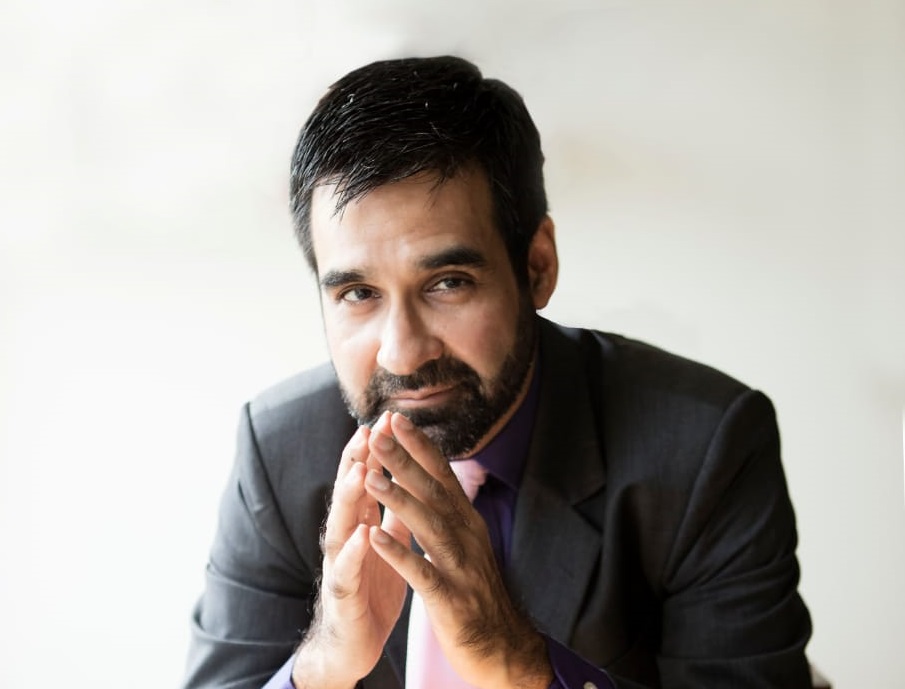 Actor Mukul Chadda is known for playing the role of Jagdeep Chaddha in the Indian adaptation of the international show The Office. Apart from The Office, Mukul has portrayed a variety of roles in films and shows like Gurgaon, Ek Main aur Ekk Tu, Bichoo Ka Khel, and the short film Banana Bread.

The actor recently featured in Vikas Bahl’s web series Sunflower which is currently streaming on Zee5, and he will next be seen in Vidya Balan starrer Sherni in which he plays a pivotal role.

We recently interacted with Mukul and spoke to him about Sunflower, Sherni, and a lot more…

Your web series Sunflower was released recently. So, what’s the response you are getting for it?

I am getting wonderful responses. I think a lot of people have really loved the show. It’s a very different show, that’s what everybody seems to say. It’s quirky, funny, and different, it has got comedy, thriller, and even as a murder mystery it’s about something else in a sense and not a traditional whodunit. So, people are liking the freshness of it and the fact that it is different from other shows. They are talking a lot about the performances. I’ve got a lot of wonderful comments about my performance. So, overall it’s been really lovely to hear from people.

How was your experience of working with Sunil Grover and director Vikas Bahl?

Sunil Grover is a wonderful actor. If you see his performance in Sunflower, you’ll just see how he has done a fantastic job of a very difficult role. It’s absolutely amazing and I wish him all the best and I want to watch him in as many projects as possible in the future. I first met him at rehearsals and readings. He is extremely sweet and down to earth and I got along with him very well. My only regret in the show is that I didn’t have as many scenes with him. I think I have just a few scenes and that too just fleeting moments that we are together. So, I really hope if there’s a season 2, I get more scenes with Sunil Grover because he is a really wonderful human being and a fantastic actor.

Vikas, I would say the one thing about him, he is very relaxed on set. It’s great because there’s a calm atmosphere on set and that helps in the creative process. He is also very experienced. Whenever I went to him with a problem, I found that he could understand where I was coming from and he was able to deal with it very effectively and very efficiently. So, I think his experience really showed what he has done with this project. Of course, he has written the whole thing also which is quite a quirky and fun script.

Your next is Sherni, so tell us something about your role in it.

In Sherni, I play a guy called Pawan who has a corporate job in an FMCG firm and he’s a very gentle and genial sort of a person. I think what’s interestingly explored is some of the layers to his personality and his relationship with Vidya. So, I am looking forward to seeing that in Sherni.

How was your experience of sharing screen space with Vidya Balan?

It was absolutely wonderful. I mean Vidya we know is a fantastic actress but she’s also got this great quality of making everybody around her feel very comfortable and at ease. So, nobody is intimidated that they are in the presence of a big star. She’s very professional so you work with her as if you work with any other co-actor and that’s a wonderful quality she has. It makes the atmosphere on the set far more conducive and productive too in creating wonderful scenes.

Are you happy about the OTT release of Sherni?

I don’t have a strong view on this. As far as I am concerned, my job is to act and I act. The producer’s job is to decide how to release the film and they know their job better than I do. As long as people see the film, I am very happy.

You and Rasika Dugal (his wife) did a short film named Banana Bread, but any chances of collaborating for a feature film or a web series?

Rasika and I have worked on a feature film together. We shot it 2 years ago. It’s a film directed by Karan Gour called Fairy Folk. It will probably be released next year; it’s in the final stages of post-production. It’s a very interesting film; it’s an independent project and the process also was very different. Karan Gour has some very interesting ideas and it was a sort of semi-improvised film. So I am looking forward to seeing that and yes that’s an opportunity maybe for some people to see Rasika and me together again.

Can we expect a season 3 of The Office?

Yes, I would hope so. I mean there were talks of season 3 happening before the pandemic hit and ever since then lots of things are on hold. So I am hoping that once all this ends, we will once again be able to resume and shoot season 3 of The Office.

Lastly, what’s happening next after Sherni do you have any projects lined up?

Like I had mentioned earlier, we had shot a film called Fairy Folk sometime back and that should hopefully be released next year so I am looking forward to that. Apart from that, there were a few projects that I was in talks with which seemed quite interesting and exciting but because of the second wave all those projects have been pushed and the dates have moved around. So I am hoping that things will get back to normal soon and we can resume those projects and conversations.