EXCLUSIVE: Leadership race shows how diversity is the ‘new normal’ in public life

If we want an inclusive Britain, every party that aspires to govern our country should commit to meeting a simple ‘One Nation’ test, says Katwala. 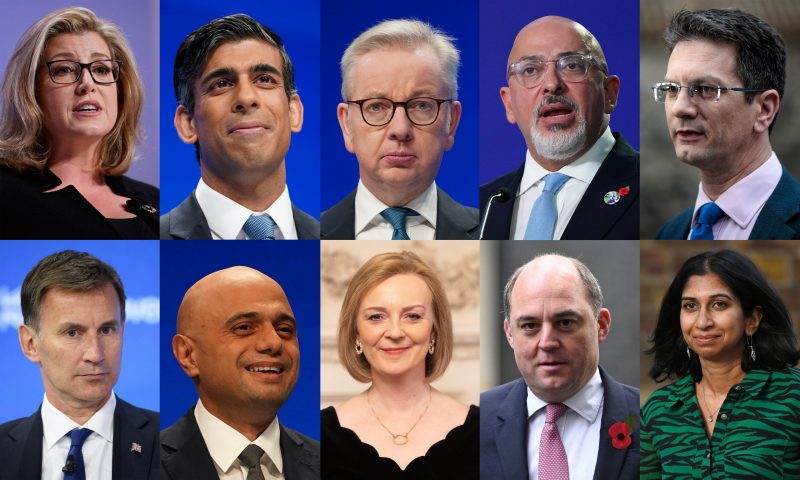 Prime minister Boris Johnson certainly went down fighting. Sajid Javid and Rishi Sunak had decided that enough was enough, resigning last week from the Cabinet over Downing Street’s inability to tell the truth. Fifty ministerial resignations later, the refusal of the prime minister to accept that the game was up descended into Whitehall farce. The newly appointed chancellor, Nadhim Zahawi, publicly declared his lack of confidence in the Prime Minister while staying in post. There were three education secretaries in three days. Those futile final twelve hours of delusion and denial were a mere cameo by the standards of Donald Trump’s violent insurgency in America, but without precedent in a century of British political transitions.This meltdown has damaged the routine business of government during the two-month transition, especially since junior ministers who had resigned during the upheavals were not then offered the chance to return to their old jobs once the prime minister recognised the inevitable. The flagship Levelling Up department saw its ministerial team decimated. The Northern Ireland Secretary’s resignation was accepted, even though the prime minister was already planning his resignation speech that morning.

The leadership contest that now follows offers a powerful illustration of how ethnic diversity has become a “new normal” in British public life. To have six or seven ethnic minority candidates among the dozen leadership contenders is unprecedented – for any political party in a major western democracy. The Conservatives had their first Asian MP back in 1895, but they had to wait a century to 1992 for their second, and beyond the millennium for their third in 2005. It is easy to forget how rapid this shift has been: no British Asian had ever been in Cabinet until after 2010 and no Asian woman had ever been elected to the Commons until 2010 either.

Rishi Sunak launched his leadership campaign with his family story of the positive contribution of immigration to Britain and his optimism about an inclusive patriotism that can unite the country. Some commentators have challenged that as jarring with the government’s approach to immigration.

After ending freedom of movement from the EU, Johnson broke with Theresa May’s agenda, offering a more liberal approach to non-EU immigration. Controlling immigration after Brexit has not meant reducing the overall numbers. Immigration from India, Nigeria and Hong Kong is rising. The Hong Kong visa offer has particularly strong support. It seems unlikely that many leadership candidates will significantly reverse this liberal approach to student and work migration overall.

Asylum is a much more polarising issue. Priti Patel’s Rwanda plan is not popular with the general public, but picking fights with lawyers and bishops has helped to polarise attitudes along party lines. So if the Rwanda plan is prominent in this leadership contest, candidates may feel pressed to deepen their commitment to it. The candidates perceived as being on the left of the field – Jeremy Hunt and Tom Tugendhat – were quick to endorse the plan. Yet several candidates are aware of the legal and practical difficulties in making the plan work. A new leader may yet reconsider it over time, especially if critics of the Rwanda deal can demonstrate that they have a viable alternative to address dangerous Channel crossings.

In a leadership contest, the candidates will focus on the party audiences, of MPs and party members, first. The ethnic minority candidates – like their white British counterparts – have different priorities and policies. Sunak and Javid, like Penny Mordaunt, emphasise bridging themes, being intuitively sceptical about identity clashes as an electoral strategy. Kemi Badenoch, Patel and Suella Braverman will argue for a stronger line about how Conservatives should contest arguments about identity and culture with the left.

Sunak might have won this leadership contest at a canter if it had been held six months ago, having been the most popular minister through the pandemic. His bruising spring – with the rather unfair fixed penalty notice fine, significant pressure over his tax affairs and furore over the non-dom status of his wife – mean this contest will be a wide-open race, though the bookmakers make Sunak the early favourite. Sunak’s role in ending the Johnson government will bring him new enemies as well as allies. Whoever wins or loses the contest, the arguments about taxation and spending, and how to appeal to the voters, will matter more than ethnicity or faith.

If we want an inclusive Britain, every party that aspires to govern our country should commit to meeting a simple ‘One Nation’ test: no citizen should feel there is a tension between supporting that party and their faith or ethnic background, if they share its broad vision and values. The Conservative party’s commitment to diversity at the top shows significant progress on representation. But ethnic minority faces in high places are not enough without the vision and values for the country too.