A stalwart of the UK political scene, Larry has ruled the roost in Downing Street for more than a decade. 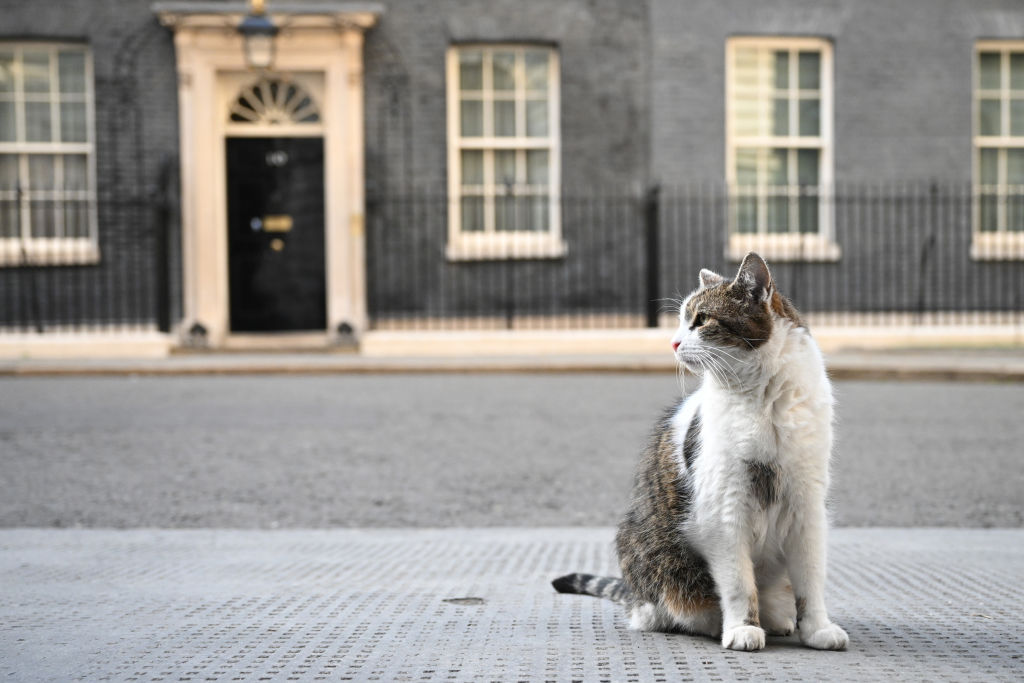 Larry the Downing street cat sits on the pavement in front of 10 Downing Street on July 5, 2022 in London, England. (Photo by Leon Neal/Getty Images)
Follow Us

Larry, the treasured tabby-and-white cat who lives in Downing Street, was dragged into Britain’s political fray Friday after a leading candidate to be prime minister mused about moving in with her four felines.

Penny Mordaunt, the bookmaker’s favourite to replace Boris Johnson in the famous residence, revealed in an online forum that she has a quartet of Burmese cats, which she cited when asked for her biggest weakness.

“Introducing them into Number 10 might present some challenges with Larry,” she told the question-and-answer session hosted by the Conservative Home website.

A stalwart of the UK political scene, Larry has ruled the roost in Downing Street for more than a decade.

Three Conservative prime ministers — David Cameron, Theresa May and Boris Johnson — have served under him.

He arrived in 2011 aged four, after being adopted from a London animal shelter and chosen for his mousing skills.

Given the title Chief Mouser, he also has his own unofficial Twitter account — @Number10cat — with more than 635,000 followers.

Earlier this month, as the scandal-tarred Johnson announced he would resign once a successor is selected, Larry took to social media to “clarify a few things”.

“1. I’m not ‘Boris Johnson’s cat’ 2. Like all prime ministers, he’s only a temporary resident of Downing Street 3. I live here permanently. When he finally goes, I stay 4. Yes, it’s all very embarrassing but it will be over soon,” @Number10cat tweeted.