Djokovic ready to help son follow in his footsteps

Footage of the 20-times Grand Slam winner training with his son circulated on social media earlier this week. 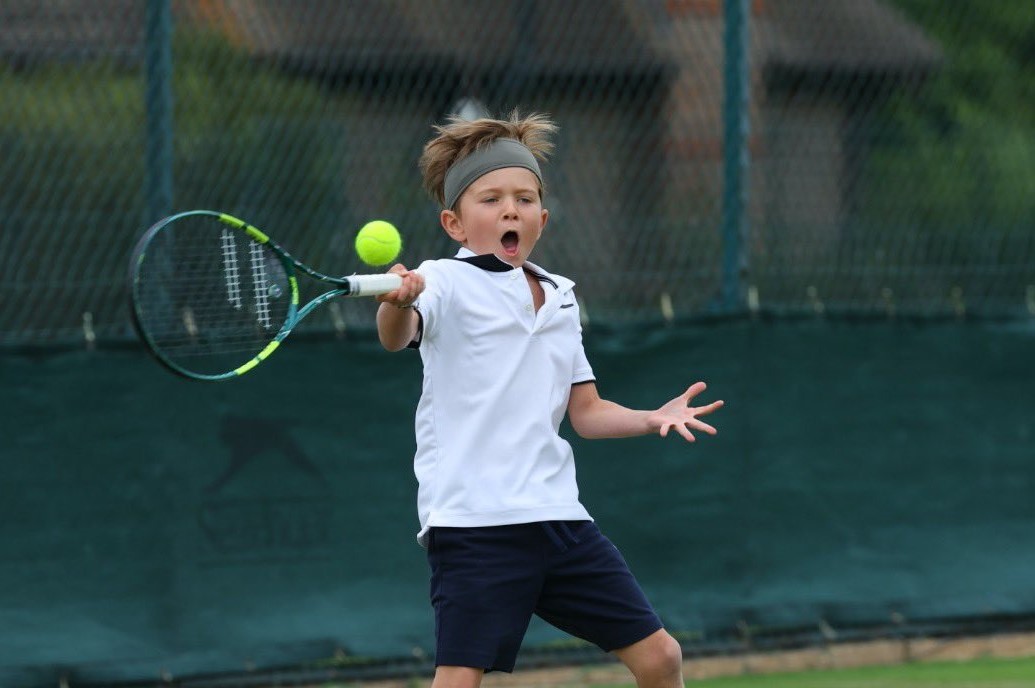 Novak Djokovic said he will do everything he can to support his son Stefan if he decides to follow in his footsteps but the Serb wants to make sure the seven-year-old does not feel pressured to pursue a career in tennis.

Footage of the 20-times Grand Slam winner training with his son circulated on social media earlier this week and Djokovic also posted side-by-side pictures of them hitting a forehand on Twitter, with the caption “so cool to see this”.

In May, Djokovic said his son had won his first tournament on the same day he won the Italian Open, describing their success as a “sunshine double”.

“I try to use every available opportunity … to play with him because he’s right now fully immersed into tennis,” Djokovic told reporters after his win over Tim van Rijthoven at Wimbledon on Sunday.

“Everything around tennis, how he can play, he’s watching, he’s analysing. I will support him in any possible way I can so that he can be professional tennis player … if he really wants to.

“But it’s too early to speak about it, to be honest. He’s not even eight-years-old. It’s important for me that we have a relationship as a father and son … before anything else, and that he’s enjoying life.”

Novak and Stefan practicing is the cutest thing ever 😭 pic.twitter.com/iioWcPS7au

Djokovic also said it was important his son was exposed to a variety of sports.

“I feel like it’s very important to have, particularly at this young age, a lot of stimulus to the children from different perspectives and different sports and different movement, different activities,” Djokovic said.