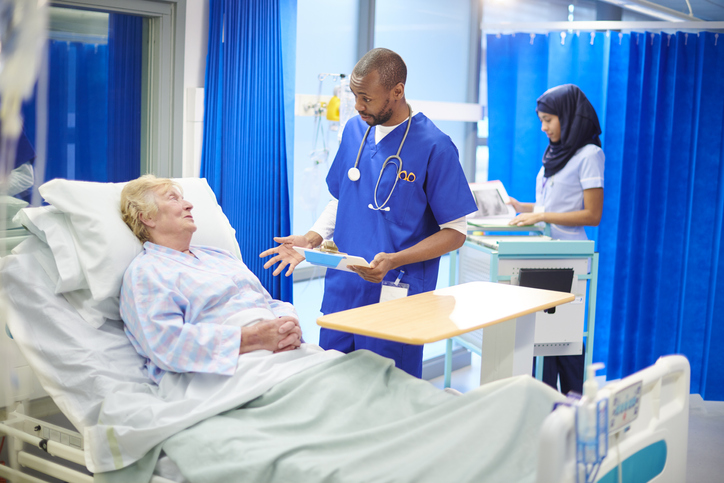 DIVERSITY in UK’s National Health Services (NHS) is at an all-time high with the presence of a record-breaking number of ethnic minority staff, says a recent report, which adds that discrimination and racism continue to prevail in the country’s health services.

This discrimination begins early as the report claims that Black and minority ethnic (BME) students are less likely to attain a place in medical school than white students, adding that despite this racism, the number of people from Black and ethnic minority backgrounds working for the NHS is currently the highest ever.

More than 53,000 doctors working in the health service are from an ethnic minority background, which has increased by more than 9,000, a rise of around one-fifth, since 2017, says the report.

Despite the spike in numbers, not many BME doctors are seen in senior roles. The report confirms this by highlighting that in 2020, just 20 per cent of medical directors and senior leaders in NHS were from an ethnic minority background, compared with about 42 per cent of BME doctors in NHS trusts.

In another shocking claim, the MWRES report states that on average, ethnic minority doctors earn 7 per cent a year less than their white colleagues with the biggest gap seen among consultants.

Also, as compared to white doctors, BME doctors are almost twice as likely to have experienced discrimination at work from a manager, team leader or other colleagues, says the report, adding that they also have worse experience when it comes to examinations and regulation or complaints to the General Medical Council as compared to their white counterparts.

British Medical Council chair Chaand Nagpaul said the report highlights “the enormous gulf between the experiences of ethnic minority doctors compared with their white counterparts and the unacceptable level of discrimination that continues to permeate the medical profession.”

Mala Rao, medical adviser to the MWRES implementation team and chair of the working group said the report has confirmed previous observations about race inequalities inside the NHS.

“The findings in the 2020 MWRES report confirm previous observations but the key advantage is that they bring together the findings across multiple dimensions, revealing the pervasiveness of racism and discrimination across every aspect of medical careers experience and progression,” Rao said.

The report was commissioned by NHS chief executive Simon Stevens in the wake of the Black Lives Matter movement last summer.

The report also carries recommendations to tackle racial disparities within the NHS, including enhancing the leadership diversity of the royal colleges and undertaking research to identify effective methods to address differential treatment in training and assessments.