‘Disability can no longer be on the sidelines of society’ 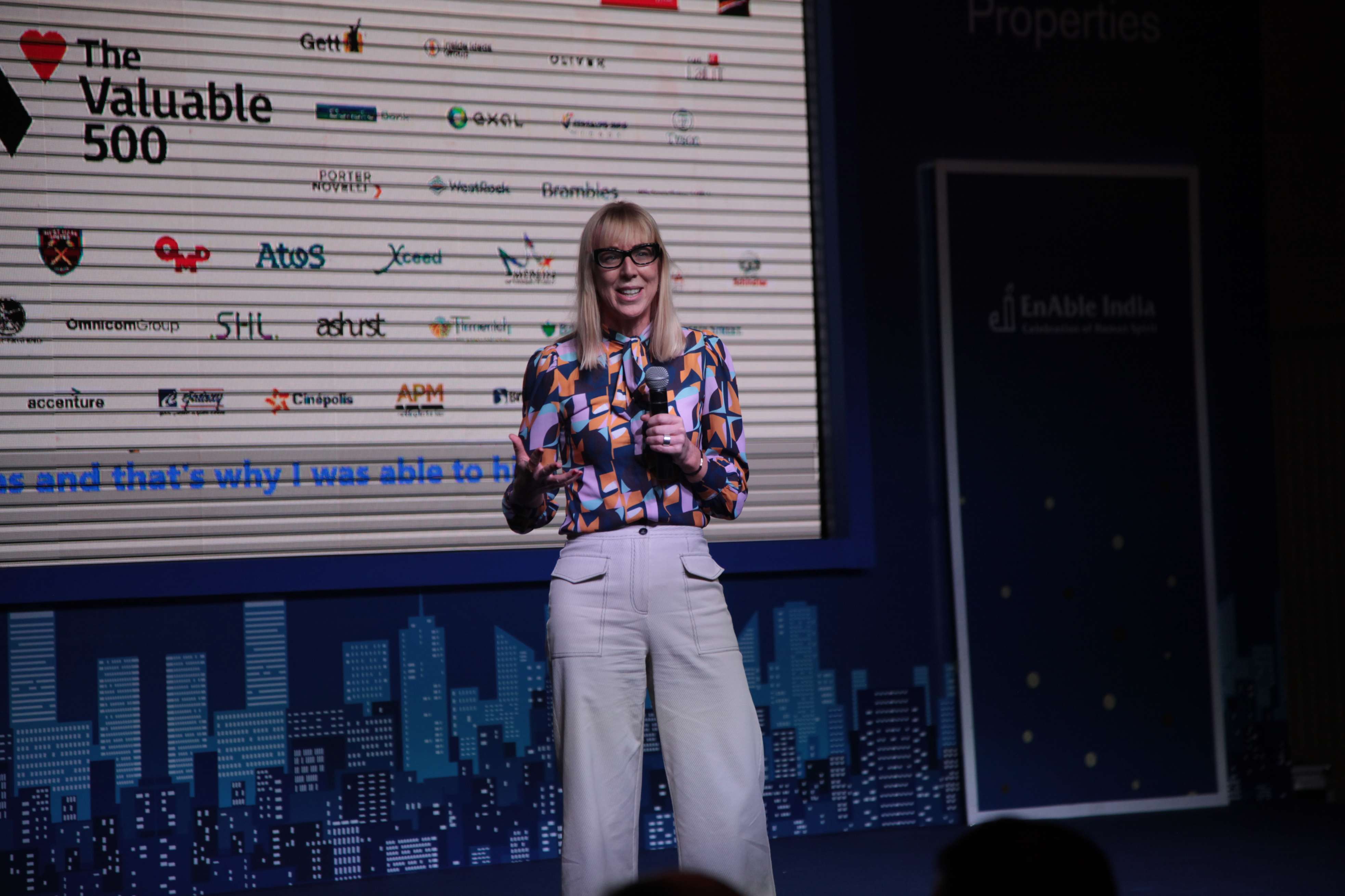 Caroline Casey, founder of Valuable 500, is seeking to put disability on the business leadership agenda

AN AWARD-WINNING activist has called for greater disability representation in business after aiming to have 500 organisations sign up to a disability inclusion pledge ahead of the annual Davos summit later this month.

Caroline Casey is the founder of the Valuable 500, a global movement seeking to put disability on the business leadership agenda. Its final objective is to have 500 national and multinational firms sign up to the campaign, where companies must pledge to table disability on their board’s agenda and make a firm commitment to action.

Since its launch last January, the drive has had more than 460 sign-ups from a number of prominent organisations including the BBC, Deloitte, Sainsbury’s, EY, Microsoft and Unilever. The campaign hopes to reach its goal before the World Economic Forum’s annual meeting in Davos on January 24.

Casey travelled to India in November to take part in the India Inc/Valuable 500, Drive Value through Disability Inclusion event. The gathering brought together a number of business leaders and influencers in New Delhi to help commit to a more inclusive work environment. So far, 17 leading Indian businesses, including Mahindra, Tata Steel and ANZ Bank, have pledged to join the Valuable 500.

Following the event, Casey told Eastern Eye she felt “hugely encouraged” by her experience. “I’m excited about the quality of the companies that came from India. and having met several of the Indian business leaders, I know it isn’t just talk,” Casey, who is legally blind, revealed. “There are many who are well educated on it and committed to it.”

The Valuable 500’s campaign is global, so Casey said she was incredibly keen to engage with India, which has one of the largest populations in the world. It would have been a “massive failure” for the movement if it was unsuccessful in engaging with Indian businesses, she added.

Asked if she believed India was receptive to disability inclusion, Casey said she thought it was. She believes a number of businesses were trying to be aware of their diversity and inclusion practices, but acknowledged that there was still a long way to go. “There are so many different stories and cultures within India and in certain parts, they do have a long way to go,” she admitted. “But a good leverage for this is business and in particular, India’s interest on
competing on a global stage.”

Conversations with the younger generation across India was also vital to progress, Casey believes. Noting the high amount of involvement of Indian delegates with One Young World, an organisation that gathers young leaders from around the world to develop solutions to the globe’s most pressing issues, Casey feels positive that the younger generation are lending their voices to important causes such as disability inclusion.

“I think there is a real power (with young people), especially with technology,” she said, stressing the strength of social media. “Because of the digital revolution, we are starting to hear a lot more voices.”

India has always been a special place for Casey.

She revealed she was unaware of her diagnosis of ocular albinism – a genetic condition affecting the eyesight – until she was 17. However, she made the decision to stay quiet about her loss of vision and continued to do so until she was 28 years old and working as a management consultant. After finally confiding in HR and admitting she needed help, Casey began to come to terms with her condition. Thereafter, the social entrepreneur decided to quit her job and pursue her dream of becoming an elephant handler in India. In 2000, she
ventured on a solo 620-mile trek across the country with her elephant Kanchi.

Returning to India almost two decades since her first trip was an “incredible” experience, she revealed. “It was really emotional for me to go back. It made me reflect on the last 20 years since I came out of the closet about being registered blind,” Casey said. “I had always dreamed of seeing a global movement like this. I had always had an obsession about the need for leadership and to see it in India… it is like ‘wow, is this actually happening!’ I think it is only the beginning.”