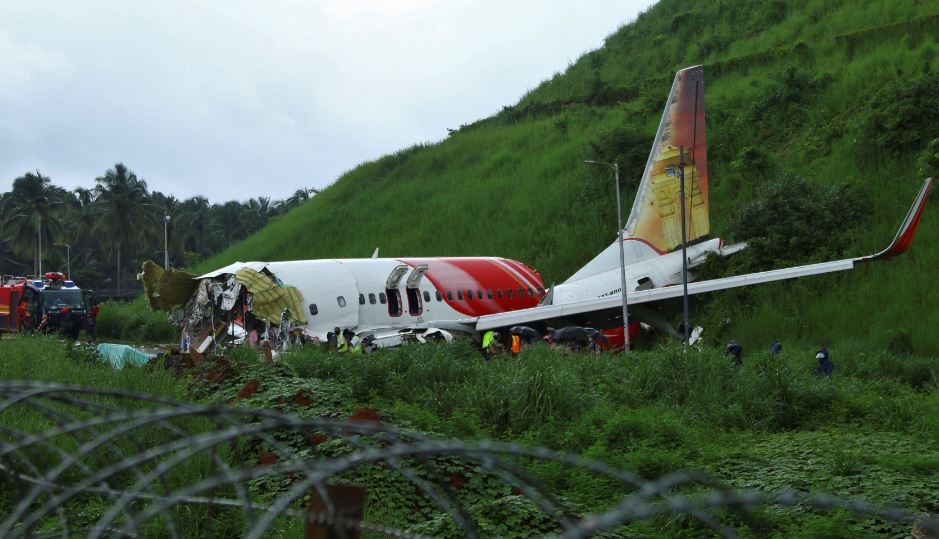 Officials inspect the site where a passenger plane crashed when it overshot the runway at the Calicut International Airport in Karipur, in the southern state of Kerala, India, August 8, 2020. REUTERS/Stringer

THE death toll from an Indian passenger aircraft accident has risen to 18, while 16 people have been severely injured, a senior government official said on Saturday (8).

The Air India Express plane, which was repatriating Indians stranded in Dubai due to the coronavirus pandemic, overshot the runway of the Calicut International Airport in heavy rain near the southern city of Kozhikode on Friday. This was India’s worst passenger aircraft accident since 2010.

The flight was carrying 190 passengers and crew.

The plane’s pilot and the co-pilot were killed in the accident, K Gopalakrishnan, chief of the Malappuram district in the southern state of Kerala, said.

“All passengers have been admitted to various hospitals, and they are also being tested for Covid-19,” Gopalakrishnan said, adding autopsy of the bodies would be carried out according to the Covid-19 protocol.

“Pained by the plane accident in Kozhikode. My thoughts are with those who lost their loved ones. May the injured recover at the earliest. Spoke to Kerala regarding the situation. Authorities are at the spot, providing all assistance to the affected,” tweeted Indian prime minister Narendra Modi.

Pained by the plane accident in Kozhikode. My thoughts are with those who lost their loved ones. May the injured recover at the earliest. Spoke to Kerala CM @vijayanpinarayi Ji regarding the situation. Authorities are at the spot, providing all assistance to the affected.

The Boeing-737 plane skidded off the table-top runway of Calicut, crashing nose-first into the ground. Such runways are located at an altitude and have steep drops at one or both ends.

In 2010, another Air India Express flight from Dubai overshot the table-top runway at Mangalore, a city in the south, and slid down a hill, killing 158 people 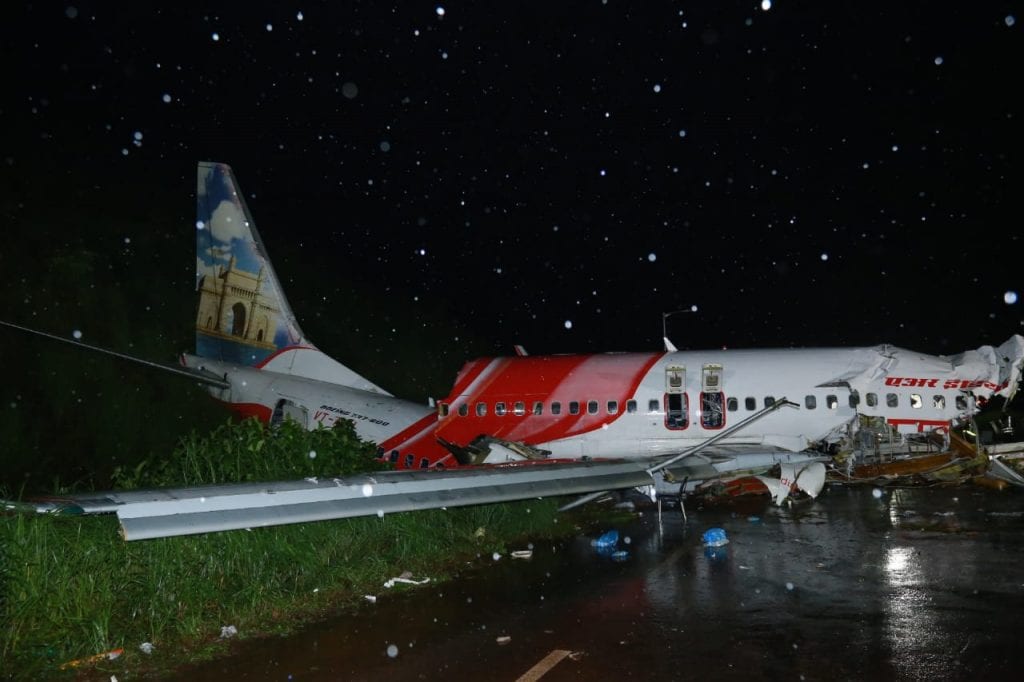 Indian civil aviation minister Hardeep Singh Puri last night told national broadcaster DD News that only an investigation would reveal the cause of the crash.

Puri said authorities managed to rescue most of the passengers because the plane did not catch fire while descending the slope at the end of the runway.

India, which shut down all air travel in late March to try to contain the novel coronavirus, has restarted limited international air travel.

Air India Express AXB1344 was a government-operated repatriation flight for Indians previously unable to return home because of travel restrictions.