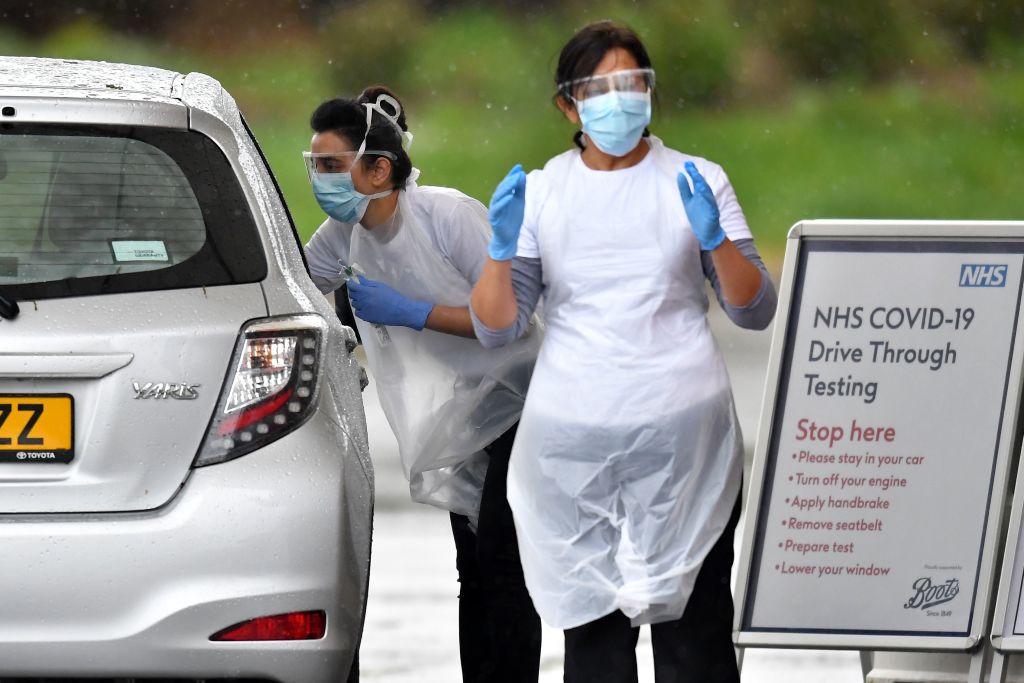 This virus has caused one of the greatest crises in living memory. It has tested every aspect of government and laid bare weaknesses in how we have arranged our lives. The shock to our system will reverberate for many years. And it could happen again soon (Photo by Ben STANSALL / AFP) (Photo by BEN STANSALL/AFP via Getty Images).

CORONAVIRUS has already claimed more than 36,000 lives in the UK alone and the global death toll will be half a million or more.

A disproportionate number of black and Asian people have died in the UK. The US has been the worst hit. Europe is past the worst of it. The Indian subcontinent and Africa may fare better. Major economies have ground to a halt, causing millions of job losses. Unprecedented restrictions have been imposed on freedom of movement, freedom of assembly and access to healthcare. Personal data collection is almost unrestricted and what use is later made of this data is cause for concern.

This virus has caused one of the greatest crises in living memory. It has tested every aspect of government and laid bare weaknesses in how we have arranged our lives. The shock to our system will reverberate for many years. And it could happen again soon.

Surprisingly, all this has happened in a partial vacuum of information. This is partly because there are huge gaps in knowledge about the virus, and how it has affected us on macro and micro scales; partly it is in the interest of every government to tightly control information (for good and bad reasons) – the less we know, the easier it is to get us to do things we do not want to do.

The legal test for the need for an inquiry presents a low threshold: that it appears to a minister that “particular events have caused, or are capable of causing, public concern” (s.1 of the Inquiries Act 2005). Public concerns about Covid-19 clear that hurdle with ease.

Our government will not be the only one that resists loud calls from the public for an inquiry. Already the arguments are being rehearsed – it is too early; let us focus on the recovery instead (as if these were mutually exclusive); it is impossible to compare our actions with other countries (even though that is exactly what was being done until the UK started to compare unfavourably); we refuse to pander to the “blame game”; we are all in it together; those who want an inquiry are our enemies.

Of course, the real reason governments hate inquiries that might blame them is because, sometimes, that is exactly what happens.

The likely advice to prime minister Boris Johnson from his political minders will be say no; say no loudly and attack those who call for it; when the public pressure is too great, say yes and insist it was the government’s idea in the first place; put “one of ours” in charge of it; limit and control the parameters of the inquiry to “safe” topics; and if all else fails, kick any conclusion into the long grass to a time when all will be forgotten.

Preventing recurrence will be the primary purpose of an inquiry. A properly run inquiry could save many thousands of lives here and elsewhere.

Most public inquiries have been statutory, since the Inquiries Act 2005. A statutory inquiry has all the benefits of a ministerial inquiry, but usually has far more power and is more likely to be perceived as independent.

Recent examples of public inquiries include the Grenfell Tower tragedy (started in 2017 and only partly complete); the Leveson inquiry (into press culture and ethics following the News International phone hacking scandal in 2011); the Iraq inquiry (into the lessons learnt from the Iraq conflict 2009-2016); the Lamming Inquiry (into the murder of Victoria Climbie, 2001); and the Ladbroke Grove inquiry (into a rail crash near Victoria Station, 2000).

Some of these have held great dangers for the government of the day, but many have been so protracted that the report comes long after a change in administration.

The success or failure of an inquiry can be based largely on the terms of its reference. Too narrow, and it will not focus on other important aspects; too wide, and it will be diffused and take too long to report.

These are topics are essential for coverage:

First, what happened? This is almost always the starting question. How did the virus come into existence and how did it spread? How many people were really infected and how many really died as a result?

Second, why did it happen and who is to blame? Was preparedness for pandemics downgraded and were early warnings missed? How did it enter the UK and what were the drivers? What was the UK’s preparedness for the virus – hospitals, care homes, the economy, work places, supply chains, equipment (from ventilators to masks to toilet paper); why were borders not closed earlier; how did we miss the European offer of PPE? Did Brexit play a part? What advice was the government receiving and how was it reflected in policy? How effective was the UK policy, compared to other countries, in preventing deaths? This is likely to be the most politically and factually vexed question? How effective was the Treasury in protecting the economy (while providing support to those most in need) and what harm has been done to the economy? How efficient was testing?

An important aspect of the inquiry should seek to answer why a disproportionately large number of black and Asian residents were victims and why so many of the NHS staff who died were from BAME communities.

Third, what have we learnt to prevent a recurrence? What scientific research facilities should we invest in and should these be international? How can we reduce the risk of another “wet market” virus? How can we kickstart the economy and how do we better protect it next time? What essential equipment should we stockpile in the event of a repeat? What information should be disseminated to the public and how? Should we deal with misinformation by individuals and states? What are the implications for the processing of personal data such as the use of “track and trace”?

The appointment of the chair and panel are often key decisions which will decide whether the inquiry report will be hard-hitting or more accommodating to the government. The chair will simply be a person who has the trust and respect of the public, and who has enough clout to make the inquiry matter. They will rely heavily on a panel of experts in medicine, economics, supply chains and government. The inquiry will need powers to make witnesses give evidence and to require government departments and corporations to disclose potentially sensitive information.

Many inquiries have faltered due to the time they have taken – the Bloody Sunday inquiry into the killing of 14 people by members of the Parachute Regiment in 1972 took 12 years to complete. The inquiry needs to be concluded within three years (with numerous interim reports on specific topics) so that the conclusions can be put into action as soon as possible.

There can be no doubt that a public inquiry is necessary. A properly constituted inquiry will almost certainly save lives during the next crisis – which is inevitable. The only question is whether public demand is too great for the government to ignore.