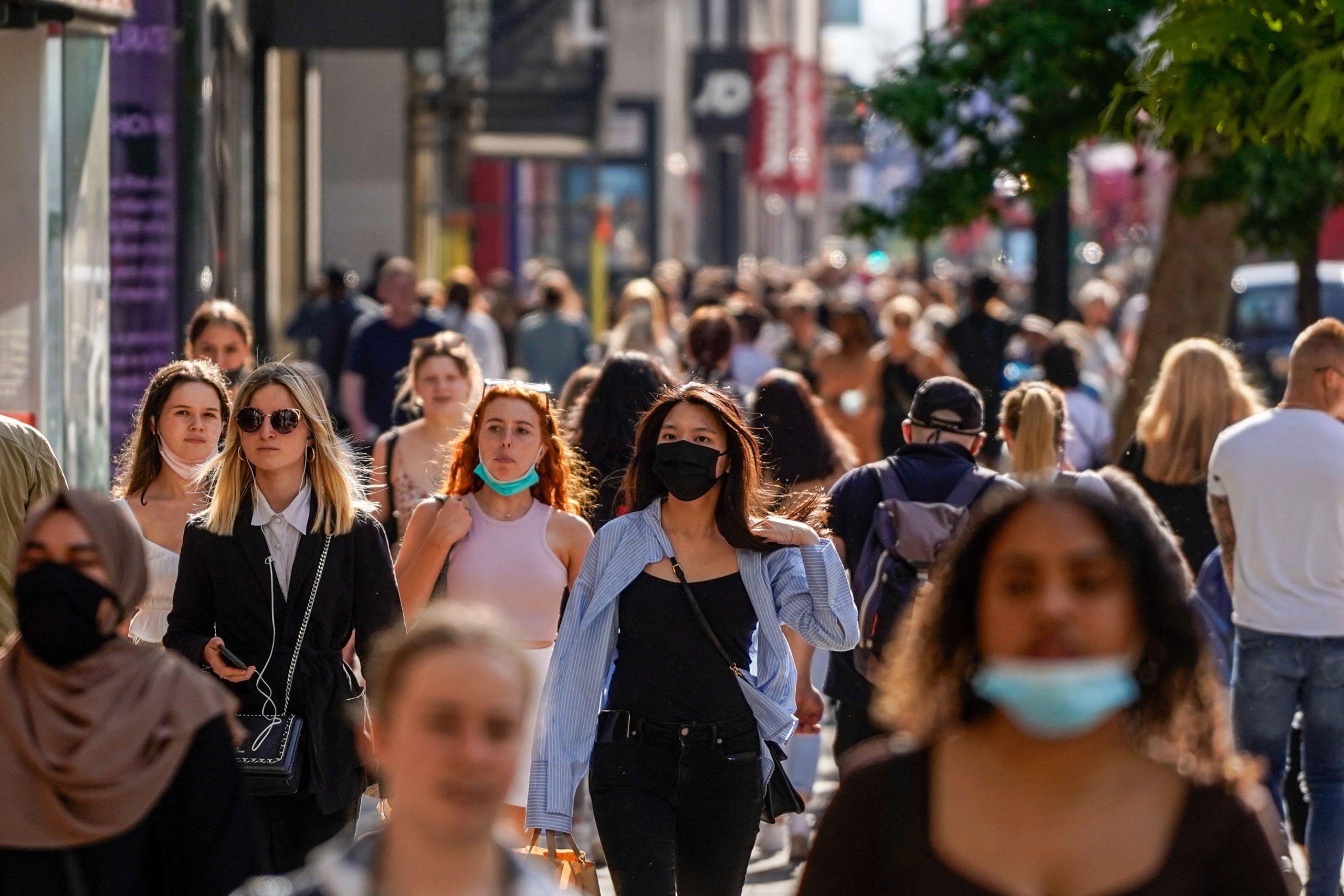 Pedestrians, some wearing face coverings due to Covid-19, walk past shops on Oxford Street in central London (Photo by Niklas HALLE’N / AFP)

EVERY adult in England will be able to book their first Covid-19 vaccination from the end of this week, the head of the NHS has disclosed on Tuesday (15), a day after UK prime minister Boris Johnson announced that the Delta variant of the coronavirus has derailed his roadmap for easing restrictions as planned on June 21.

Appointment slots will be opened to everyone aged 18 and above within a few days to help the health service “finish the job” of vaccinating the entire adult population, Sir Simon Stevens said in a speech to the NHS Confederation’s annual conference.

He said it is vital that almost six million Britons aged 40 or over get their second dose of vaccine in the weeks between now and July 19, the delayed date on which Johnson hopes to ease restrictions in the country on social mixing.

The update comes as surge testing, tracing, isolation support and maximising vaccine uptake have been rapidly deployed in Birmingham, Blackpool, Cheshire East, Cheshire West and Chester, Liverpool City Region and Warrington in light of rising Covid-19 cases in these areas.

The support is the same package that was deployed in Greater Manchester and Lancashire last Tuesday (8) after it showed results in Bolton, Gov.UK said.

As part of the enhanced support package, extra guidance will be set out for the six areas on steps such as minimising travel in and out of the affected areas, supervised in-school testing and discretion to reintroduce face coverings in indoor communal areas, maximising vaccine uptake by expanding existing channels, surge testing and enhanced contact tracing.

Daily new cases in the UK have been on the rise, touching 7,742 on Monday (14) along with three deaths.

Meanwhile, Johnson is determined the remaining restrictions will definitely be lifted on July 19, No 10 said, despite concern that a rise in deaths can force a change of plan.

Johnson reportedly finalised the four-week delay to the planned easing of lockdown restrictions, after scientific advisers warned of a “significant resurgence” in people needing hospital treatment if it went ahead on June 21.