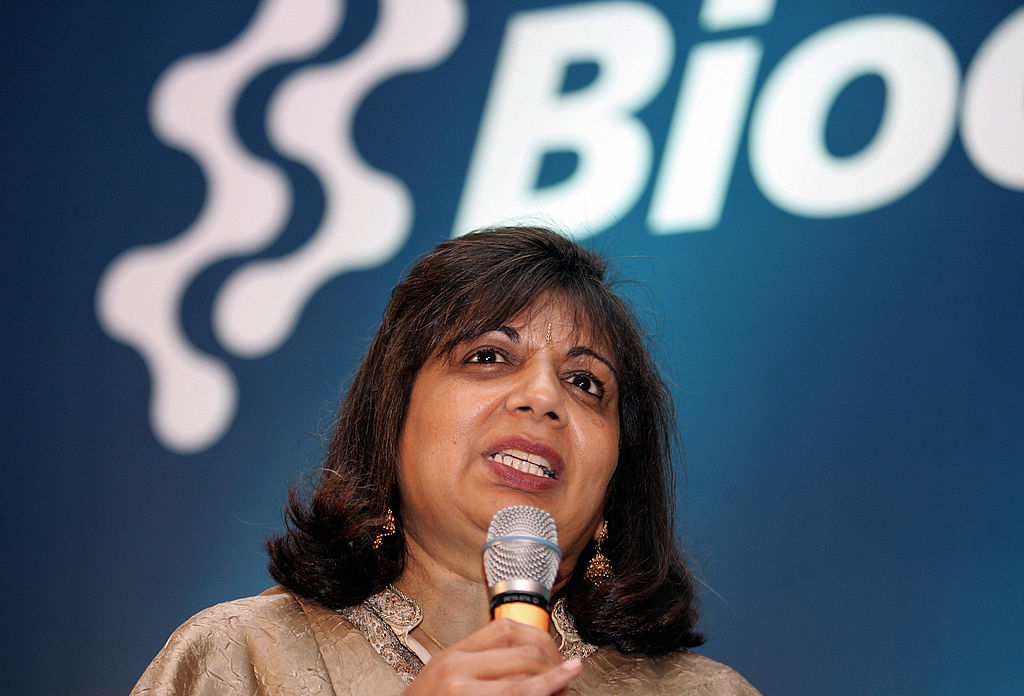 EVERY crisis creates an opportunity and the coronavirus pandemic has been no different. Biocon chief Kiran Mazumdar-Shaw feels the same as she said ahead of the annual India-

US bio-pharma summit in Boston next week that the ongoing health crisis has led to the creation of an “ecosystem” of innovation in India.

The 68-year-old Mazumdar-Shaw is one of the key speakers at the 15th edition of the annual virtual summit which will be hosted by the USA India Chamber of Commerce on June 22. Among other high-profile speakers of the event are Dr Albert Bourla, Chairman and CEO of Pfizer; Dr Francis Collins, Director, National Institutes of Health; Dr Janet Woodcock, Acting Commissioner, US Food and Drug Administration; and Amitabh Kant, CEO of India’s NITI Aayog.

“The whole intent (of the more than a decade old annual India-US bio pharma summit) is to catalyse an innovation ecosystem in India. I think, COVID has actually created the ecosystem,” Mazumdar-Shaw said in an interview with PTI.

According to her, Covid has resulted in production of innovative vaccines like Covaxin, Genova mRNA programme, and many others that the Indian vaccine-manufacturers have licenses and developed.

“Then, of course, the whole clinical research ecosystem has been created because we’ve had so many clinical trials in India, whether it is for new repurpose drugs or vaccines…basically bridging trials, a lot of clinical trials have also happened in India,” the executive chairperson and founder of Biocon, a biotechnology company based in Bangalore, India, noting that clinical trials were once banned in India.

“And then when the whole environment opened up for clinical trials, there were not enough trials going on. Now suddenly, a whole bunch of clinical trials have gone on. A lot of clinical sites have opened. A lot of investigator-initiated studies have started,” the billionaire entrepreneur said, adding: “I think the whole understanding that you’ve just got to get into clinical trials and clinical research, to actually address a large number of unmet needs is now beginning to dawn on the Indian innovation system.”

Mazumdar-Shaw also said that India has a large number of incubators in which some very innovative programmes were being developed. “There is VC funding now getting into those programmes. So slowly, that ecosystem has been created,” she said, adding that companies from India have started operations in the US to raise funding and are also becoming a part of the American innovation ecosystem.

She said the Covid-19 crisis has also brought the pharma firms from India and the US together. Giving examples, she said Novavax has partnered with Serum Institute while the Baylor Institute has joined hands with Biological-E, etc. There are many other programmes that have been licenses from America’s academic centres, Mazumdar-Shaw added.