EIGHTEEN months ago I was at Wembley Stadium, among a crowd of 60,000 Indian diaspora, watching prime minister Narendra Modi hail the “special relationship” between India and the UK.

Talking about his plans to develop India into an economic superpower, he was clear: “India is capable of fulfilling these dreams.”

And it is easy to understand why. India is the fastest growing major economy in the world and has embarked on a massive programme of economic and structural reform to drive sustainable economic growth.

As a result, there is a pressing need to drive hundreds of billions of dollars of international investment and capital to India to finance this growth transformation, particularly in infrastructure. This is where the India/UK “Special Relationship” comes in.

London is the world’s most international financial centre. It’s unique qualities: a globally trusted regulatory and legal framework, the most internationally diverse, deep and liquid pool of capital, and a proven ability to constantly be at the forefront of financial innovation have made London the ideal gateway for international investors attracted to India’s growth story.

These investors will be so crucial to financing India’s economic and infrastructure growth.

For example, just last week we were honoured to welcome India’s minister of state for power, coal and renewable energy, Shri Piyush Goyal, to open the London market and celebrate the opening of our new International Securities Market (ISM). Targeted at institutional and professional investors from around the world, this market for primary debt issuance will grant issuers access to one of the deepest pools of global capital. The first bond to list on ISM was by India’s largest energy conglomerate, NTPC, raising nearly INR 20 billion ($310 million equivalent).

With 40 per cent of investors coming from outside Asia, this shows that as well as Asian investors preferring to seek investment through London, India is attracting global investors too.

This will support the largest roadbuilding programme in the world, attracting world leading companies in engineering and construction, and highlighting India’s ability to operate on a truly global scale.

And last July India’s largest private sector financial services conglomerate, HDFC, raised $450m in London through a masala bond. Their chairman, Deepak Parekh, said they had looked at markets around the world but London “distinguished itself by offering a wide range of financial instruments that enjoys unshakable trust from international investors”. They have been back to our market three times, most recently in March 2017, raising Rs 33bn ($500m), through the world’s largest corporate masala bond.

In fact London is the leading international market for so-called “masala bonds” – offshore rupee-denominated debt, which allows Indian companies to raise money internationally without foreign exchange risk. Since the first one was launched in 2007, London Stock Exchange has raised over $5bn for supranational, municipal and private company institutions on its markets.

The first ever green masala bond was issued in London, while last year the IFC launched a 15-year masala bond in London demonstrating long term confidence in the Indian rupee.

Recently the UK also became the largest G20 investor in India and we are committed to building on this position, working to support future issuance through our innovative capital markets.

It is not just raising capital where our two great countries are working together however. We are also ensuring investors have the data and analytics to make informed decisions. For example, the State Bank of India is working in partnership with FTSE Russell, part of London Stock Exchange Group and a global leader in indices, to develop a new Indian fixed income index and launch an investment product based on it in India.

Indices like these are fundamental to building investment in India, creating deeper pools of international liquidity and a credible global benchmark to guide investment and support the crucial secondary market. It is effective and constant innovation like this that will keep driving global investment in Indian growth as part of the UK-India financial partnership.

As well as our historic expertise in infrastructure finance, we are confident our global leadership in sustainable development, smart cities and fintech will support India’s economic transformation even further. The last twelve months has seen major economic and geo-political turbulence with some predicting that London’s ability to finance global growth would be diminished as a result of the UK’s vote to leave the EU.

But it is not working out that way. As throughout our 300 year history we have remained focused on our core mission of supporting and financing global economic growth. With record trading volumes in recent months our markets have remained resilient and open to investors from around the world.

The recently appointed Indian high commissioner to the UK, YK Sinha, has said Brexit will present both challenges and opportunities. As India continues to go from strength to strength, London is showing it can rise to the challenge and prepared to make the most of the opportunities. 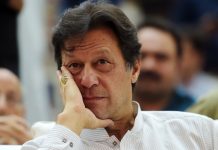 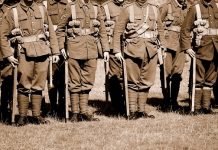 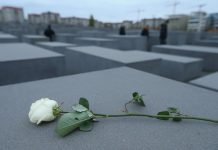 Why an imam is remembering the Holocaust