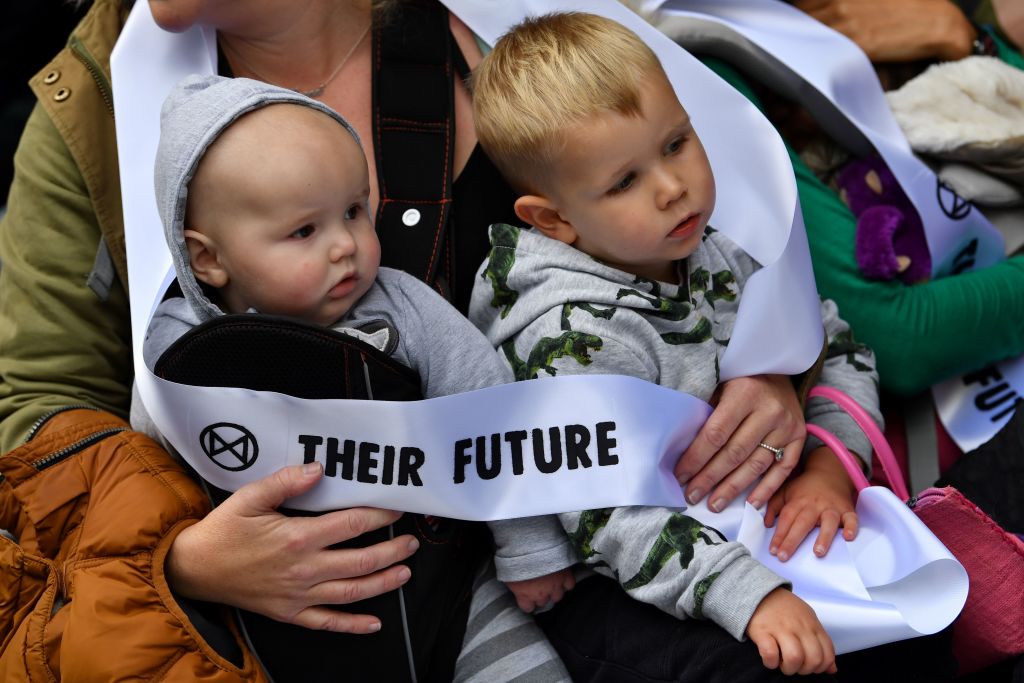 Mothers hold their babies as they protest about climate crisis in London. (Photo by PAUL ELLIS/AFP via Getty Images)

MASS migration caused by the phenomenon of climate change may lead to a rise in racial tensions and clashes between communities in the UK, the law-keepers have been cautioned.

Millions of people are expected to be displaced from developing countries because of serious impacts of climate change and experts predict that many of those people will try to find a shelter in Europe, The Telegraph reported. The countries that are at biggest risk include India, Pakistan and Nigeria.

This could pave the way for racial tensions and the British police should remain prepared to handle the challenge posed by the climate refugees, experts have said this week, adding that one shouldn’t be surprised if there us a backlash in local communities.

Dr Peter Langmead-Jones, the head of external relations for Greater Manchester Police, told senior officers of the force at a conference that “it would be sensible to predict there may well be a backlash”, the report added.

“It upsets the local community. That can lead to tensions, sometimes on racial grounds, sometimes around resources. It would be as well to plan for that,” he told the Police Superintendents’ Association conference.

According to one study, climate change could see 1.5 billion people migrate to escape extreme heat conditions in the next five decades even if the international targets to keep the temperatures low were met.

The study, which has been undertaken by scientists in the US, Europe and China, said rise in temperatures as a result of greenhouse gas emissions could leave millions of people living in extremely hot regions and force 1.5 billion to escape the inhabitable living conditions because of extreme temperatures.

“The number of people who will fall outside of the climate niche that we have lived in for thousands of years is gobsmackingly high,” Prof Tim Lenton, the director of the global systems institute at the University of Exeter, and one of the study’s co-authors, told The Telegraph.

The study, which was published in the journal Proceedings of the National Academy of Sciences, mentioned that countries like India, Pakistan and Nigeria face real threats.

Bob Ward, policy director at the Grantham Research Institute on Climate Change at the London School of Economics, said: “It won’t mean that people suddenly overnight are going to become displaced. But it will mean that you’ll gradually see populations migrating away from these areas, which will cause pressures on surrounding areas, and we know that’s usually a formula for conflict.”