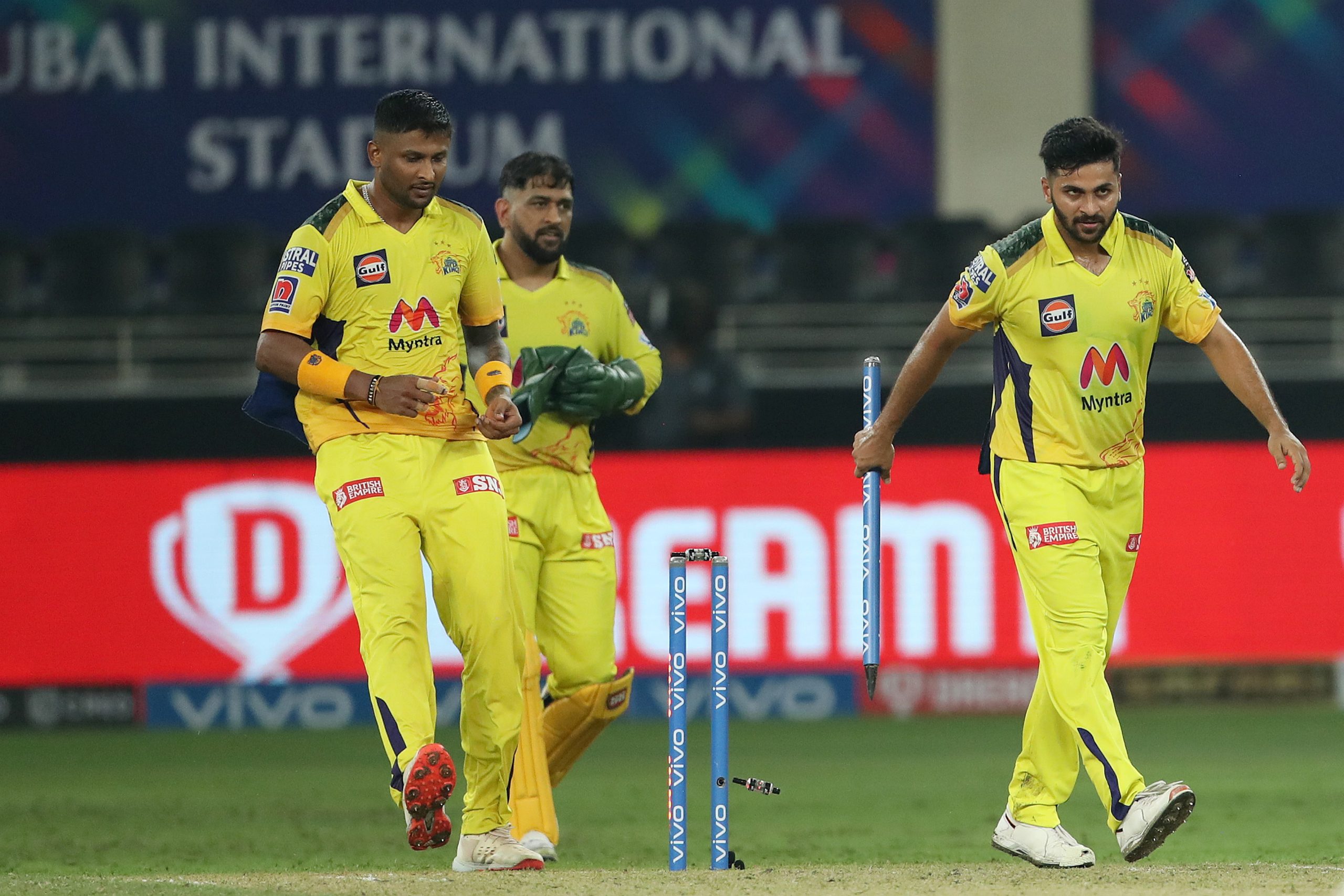 Chennai Super Kings celebrate their win in the final of the Indian Premier League 2021 between the Chennai Super Kings and the Kolkata Knight Riders, at the Dubai International Stadium, UAE, Friday, October 15, 2021. (PTI Photo)
Follow Us

Du Plessis’ 86 off 59 balls guided Chennai to 192-3, a total their bowlers defended by restricting Kolkata to 165-9 in the final in Dubai.

Opener Venkatesh Iyer hit a 32-ball 50 but the knock was not enough to stop Chennai’s MS Dhoni from a landmark win in his 300th match as T20 skipper.

“We had match winners coming game after game and doing really well,” said Dhoni who also praised Kolkata for reviving their fortunes in the tournament’s second leg.

“Every final is special, if you look at the stats, we may say we’re the most consistent team to lose the final too. I feel it’s important to come back strong, especially in the knockouts.”

Chennai, winners in 2010, 2011 and 2018, remain one of the most successful IPL franchises after five-time champions Mumbai Indians who failed to defend their title this season.

Shardul Thakur took three wickets including twin strikes in one over to hurt two-time champions Kolkata who came into the final on the back of four successive wins.

Eoin Morgan’s Kolkata won the toss and elected to field but their bowlers failed to get a wicket until the ninth over and took a hammering.

Ruturaj Gaikwad fell for 32 off spinner Sunil Narine but du Plessis kept up the charge to raise his fifty with a six amid raucous support for Chennai at a nearly packed stadium.

The South African veteran smashed seven fours and three sixes and put on key partnerships with Robin Uthappa, who made 31, and Moeen Ali, who hit an unbeaten 37 off 20 balls.

“That was a great day. It was also my 100th game in the IPL,” said man of the match Du Plessis who scored 600 runs this season.

“I have loved my time here. I have done almost 10 years here – two seasons were a bit of a break. Number four in the trophy cabinet is really good.”

Du Plessis was all praise for his opening partner Gaikwad who topped the season’s batting chart with 635 runs and named emerging player of the tournament.

Du Plessis was out on the final ball off pace bowler Shivam Mavi. Narine was Kolkata’s best bowler with figures of 2-26.

Kolkata started strongly with Iyer and Shubman Gill, who made 51, putting on a quickfire opening stand of 91.

But Chennai hit back with Thakur’s twin strikes in one over including Iyer’s key wicket as wheels came off the Kolkata chase.

“We are extremely proud of the fight we have shown. The character and fight is trademark,” Morgan said of his side that bounced back from a seventh place in the first leg to storm into the playoffs and then the final.

The tournament was halted midway due to a surging pandemic in India in May and resumed in the United Arab Emirates last month.