By volunteering, Geetika is helping Cancer Research UK save lives 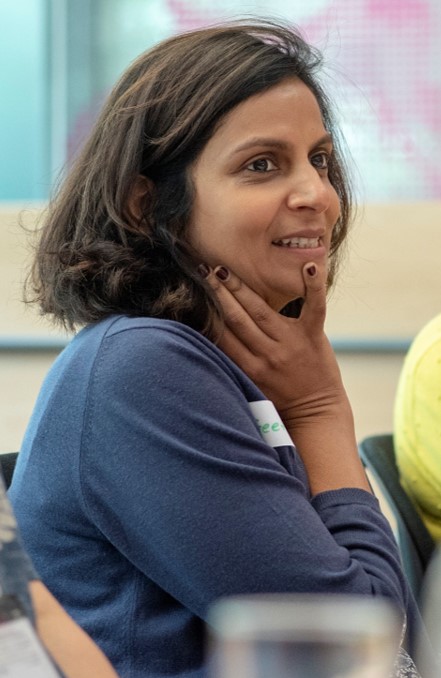 CANCER is still associated with a lot of misinformation, guilt, shame and unjustified fears says Asian cancer survivor and volunteer for Cancer Research UK, Geetika. She believes that early diagnosis and cultural barriers are issues that Cancer Research UK is helping to address and wants to play her part in making a difference.

“It is important for people like me to be out there sharing my story and just saying it how it is,” says marketing professional Geetika, who was diagnosed with triple-negative breast cancer three years ago.

“The mortality rates in Asian populations are higher than the average because diagnosis happens later. It’s not just that we should be open. We should actively talk about it. The culture of trying to hide cancer impacts people’s life span. The more we talk about it, the more we understand the causes, the symptoms, the cure and can deal with the social stigma around it.”

The Cancer Research UK is the world’s leading independent cancer charity dedicated to saving lives through research, influence and information. It’s the only charity fighting over 200 types of cancer, pioneering new ways to prevent, diagnose and treat cancer. With the support of their 40,000 volunteers, their aim is to see 3 in 4 people surviving their cancer by 2034.

While many people support the charity through donations, others like Geetika, volunteer their time, skills, story or fundraise to help us beat cancer. Without the generosity of these volunteers supporting their work, the charity simply couldn’t exist.

There are lots of ways to get involved. Whether as part of the team at your local CRUK shop, by cheering on participants at an event, or by using your voice to influence your local MP, there’s a role to even the busiest person.

Geetika concludes, “My involvement has helped me to give back in a very constructive and intellectually engaging way. I think one of the main reasons that I’m so willing to spend the time is that I know it gets valued and is used.”

To join your community and beat cancer by volunteering with Cancer Research UK, click here

UK university to poll Asians on use of digital healthcare

‘Pregnant women can take a break from fast’