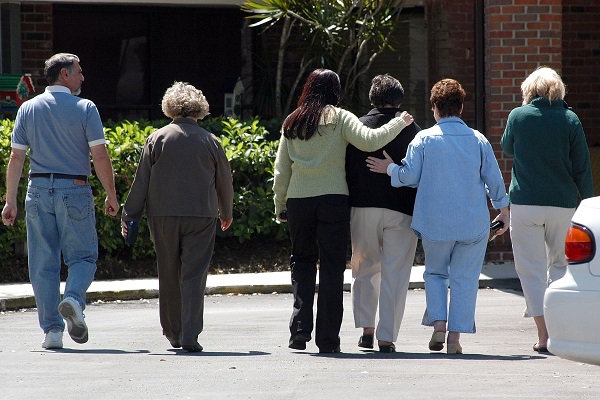 In April 2017, the home was inspected by the Care Quality Commission (CQC) and rated ‘Requires Improvement’ after breaches of regulations relating to the safeguarding of people, their care records, and reporting of incidents to the CQC were discovered (Photo: Tim Boyles/Getty Images).

THE director of a care home has been disqualified after her business breached health and safety regulations, putting residents at risk.

The director of Millfield Lodge Care Home- Anita Ram, 69, was banned from October 21.

On September 30, the secretary of state accepted a four-year disqualification undertaking from her.

The Asian-origin woman cannot be involved, directly or indirectly, in the promotion, formation or management of a company without the permission of the court, according to the ruling.

Later, it was incorporated in 2004, but only began formally trading in July 2014.

In April 2017, the home was inspected by the Care Quality Commission (CQC) and rated ‘Requires Improvement’ after breaches of regulations relating to the safeguarding of people, their care records, and reporting of incidents to the CQC were discovered.

In July and August of the same year, further, unannounced inspections were carried out, and inspectors found that the care home was in breach of six regulations under the rules and regulations.

At the August inspection, the service was rated as inadequate.

They resolved that Ram as director was not a fit and proper person to carry on the service, as she had failed to co-operate with the nursing agency that ran the service in the home, removed records and equipment, and prevented access to people’s finances, among other concerns.

Inspectors also uncovered that not all residents in the home were being safely administered their medication, with discrepancies between the amount of medication in stock and the amounts recorded as having been administered.

Ram had also failed to ensure the building met the required fire safety standards, meaning residents were at risk.

As a result of these concerns, the CQC applied to the courts to cancel Ram’s registration as a care home provider and close the home.

Residents were safely moved from the home in 2017, and the company ceased trading.

In the same year, the care home entered Creditors Voluntary Liquidation and liquidators were appointed, before it was formally wound up.

The liquidator’s report on the insolvency to the Insolvency Service triggered an investigation into the conduct of Ram.