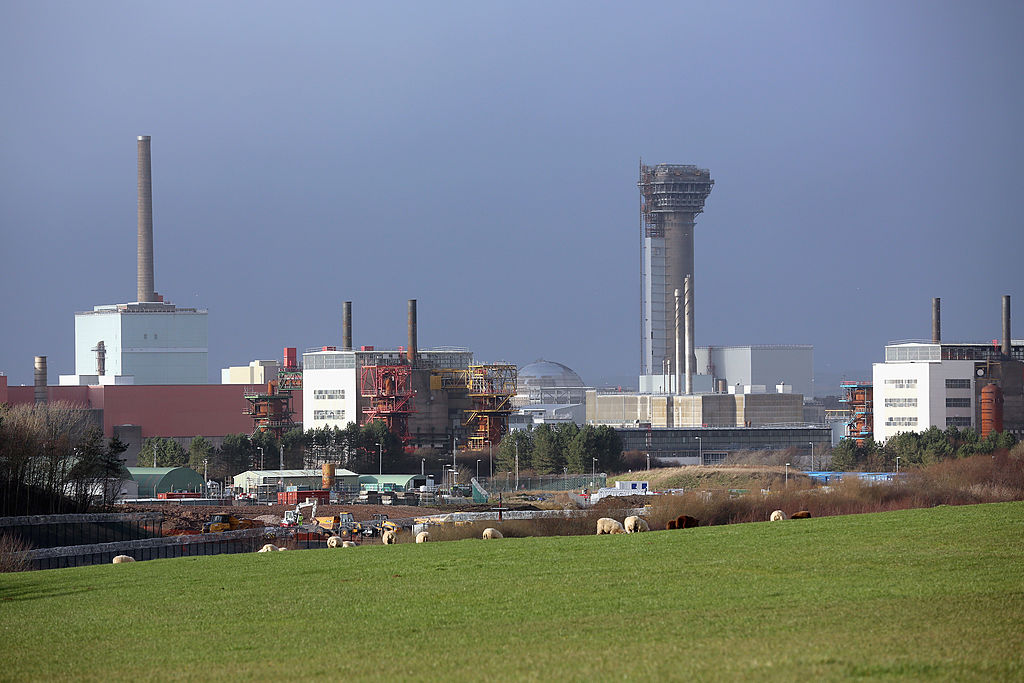 FILE PHOTO: A general view of the Sellafield nuclear plant on February 4, 2013 in Seascale, England. (Photo by Christopher Furlong/Getty Images)

THE BBC has reported that bullying, harassment and racial abuse are rampant at Sellafield nuclear site which could allow serious safety concerns go unreported.

A letter sent in September 2020 by Sellafield’s network of ethnic minority staff to the firm’s board, has mentioned a series of 27 racist incidents, the report added.

Sellafield in Cumbria is the largest industrial site in the UK, employing more than 10,000 staff.

“When I started working there, it quickly became apparent there was rampant bullying in the organisation,” Alison McDermott, a senior consultant hired in 2017 to work on Sellafield’s equality strategy, told the BBC.

She said staff interviews and focus groups revealed serious allegations of sexual harassment, and employees are demoralised, bullied and scared to speak out.

“Young women were saying they were in tears after work because of the way they were sexually harassed,” she said.

Her contract with Sellafield was terminated in October 2018, days after she submitted an internal report critical of the human resources department.

McDermott is now taking her case to an employment tribunal alleging she was dismissed for whistleblowing. The nuclear site is contesting her allegations.

In one internal email seen by the BBC, a senior HR manager at the site described how an autistic employee had been called a “mong” by her own team leader.

More than 140 tonnes of plutonium are stored in giant hangers, the biggest civil stockpile of the metal in the world. Staff are tasked with decontaminating and dismantling the vast site which has been producing nuclear material since the 1950s.

Sellafield is ultimately owned by the Nuclear Decommissioning Authority (NDA), a non-departmental government body. It is guarded by the Civil Nuclear Constabulary, a specialist police unit.

“When we were walking through the site when a driver of a passing car shouted ‘racist taunts’ before speeding off,” one employee told the BBC.

“I reported it but after a cursory investigation I was told nothing could be done to find and deal with the culprit.”

One worker said his instructor at a training course told the class the main threat to the site was “bearded men in flip-flops”.

“I happen to be a bearded Muslim man. (The instructor) went on to say: ‘They (Muslims) come over on boats, we feed them, we clothe them, we house them and all they want to do is blow us up.’ None of my colleagues intervened or supported me,” he said.

Karl Connor, a senior manager at Sellafield for more than 13 years, resigned in January after suffering a breakdown he said was caused, in part, by bullying.

“I think there’s a massive problem with bullying at Sellafield and I think there always will be as long as the company isn’t prepared to do anything about it,” he said.

Connor is now in the process of bringing a disability discrimination case against the company.

An internal staff survey commissioned by the firm in 2018 and seen by the BBC showed 54 per cent of the employees who filled in the poll agreed they “could speak out about doing the right thing without fear of reprisals”, a fall of 11 percentage points since the previous survey in 2016.

According to the BBC report, a worker was exposed to plutonium after a bag of nuclear waste was opened in a workshop used to repair contaminated machinery in in December 2017.

An internal safety report blamed a “deficiency in leadership standards” for the accident, a near repeat of a similar case in 2015 in which no-one was hurt.

The report said an alarm meant to measure radioactive contamination levels in the air was triggered, but it had become “custom and practice” to consider the alerts a nuisance by staff.

“It was a serious incident and not to be taken lightly,” one serving Sellafield employee, who is currently responsible for nuclear safety, told the  BBC.

“I’ve seen a steady deterioration in standards in my career. There are things that are not right but if you complain about it, nothing ever happens.”

“There is no place for bullying and harassment at Sellafield. We do not tolerate it and where we find it, we take action.The company was working to improve its processes so employees can have confidence that when issues are raised, they are dealt with,” a Sellafield spokesperson told the BBC.

He added that the company is closely monitoring its progress and is committed to ‘eradicating unacceptable behaviour’ from the workplace.