A ten-year-old schoolboy and under-11 yoga champion from the UK has been honoured with the Global Child Prodigy Award 2020 for achievements in spiritual discipline yoga.

Ishwar Sharma, based in Kent in south-eastern England, was chosen from the UK for the awards which honour child prodigies from across 45 countries and 30 different categories such as palaeontology, biking, choreography, fitness and martial arts, among others.

“I am honoured and humbled to have been selected for these Global Child Prodigy Awards from 15,000 applicants from 45 countries. I strongly believe that yoga is very important for physical and mental health, especially amongst the students,” said Sharma, who received his Certificate of Achievement at a special event attended by Nobel Laureate Kailash Satyarthi and Dr Kiran Bedi, Lieutenant Governor of Puducherry, in New Delhi earlier this month.

He said: “I started an e-petition with the UK government to include yoga in national school curriculum and nearly 20,000 people signed. I hope it will be done soon.

“My aim is to promote yogic lifestyle to combat climate change and help yogic methods to improve mental health among children and adults. This award gives me an opportunity to be an ambassador for yoga and spread the message.”

Sharma, originally from Mysore, has participated in over 100 yoga events across the UK and worldwide.

He also has the skill to chant up to 50 shlokas from the Vedas and ”Bhagavad Gita” and practices yoga regularly with his father, Dr Vishwanath.

In the past, he has been named British Indian of the Year in the Young Achiever category and won a Gold Medal at the Euro Asian Yoga Championships.

This year, Sharma has qualified to represent Great Britain in the World Yoga Championship to be held in Edmonton, Canada, in October 2020. The championship, organised by the International Yoga Sports Federation, will involve participants from across 55 countries.

Another Indian girl, Sucheta Satish, 13, a student in Dubai”s Indian High School, has won the 100 Global Child Prodigy Award for singing in most languages during one concert and the longest live singing concert by a child. 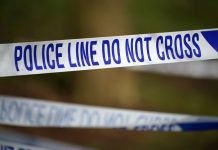 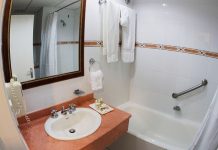