“Be suspicious: If you are asked for money via email or phone,” said Alex Ellis. 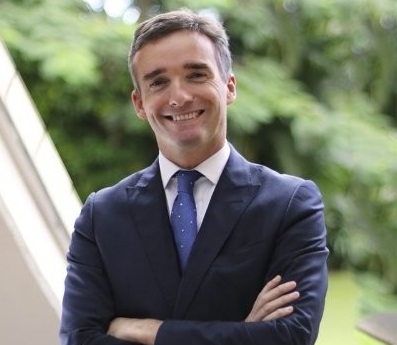 British High Commissioner to India Alex Ellis on Wednesday warned about the visa scammers making rounds on the internet, who are using his name to beguile Indian nationals seeking UK visas.

British High Commissioner Ellis asked Indians to remain suspicious and advised people not to share their account or credit card details with the scammers. “I am seeing an increase in visa scams, using my name. Be suspicious: If it sounds too good to be true – such as an easy job in the UK, or a way to get a UK visa quickly and easily. If you are guaranteed a visa to the UK using documents the scammer provides,” British High Commissioner Ellis said in a tweet.

“Be suspicious: If you are asked for money via email or phone. Do not share your bank account or credit card details. We’ll never ask you to make payments to personal accounts,” he said in another tweet.

This comes two days after Indian High Commissioner to the UK, Vikram Doraiswami announced that India is all set to resume the e-Visa facility for British citizens travelling to India. This facility is being resumed for the first time since the COVID outbreak in March 2020.

Doraiswami said that the service will be made available to the citizens forthwith and the dates will be announced shortly. He further added that the resumption of the facility will enable friends from the UK to travel far more easily to India.

“We are rolling out e-visas once again and this service will be made available to you forthwith. That should enable friends from the UK far more easily to India. So welcome back, e-visas are up ahead and all of our other services including visas at your doorstep remain available to you. We look forward to a good winter season in which everyone gets to celebrate their festivals in India which is the land of festivals,” the High Commissioner said.

Separately, the Indian mission in the UK, in a Twitter post, said the e-Visa facility will again be available for UK nationals traveling to India.

“Team HCI in London is delighted to confirm that the e-Visa facility will again be available for UK nationals traveling to India. System upgrade is underway and the visa website will soon be ready to receive applications from friends in the UK,” the Indian mission in the UK tweeted.