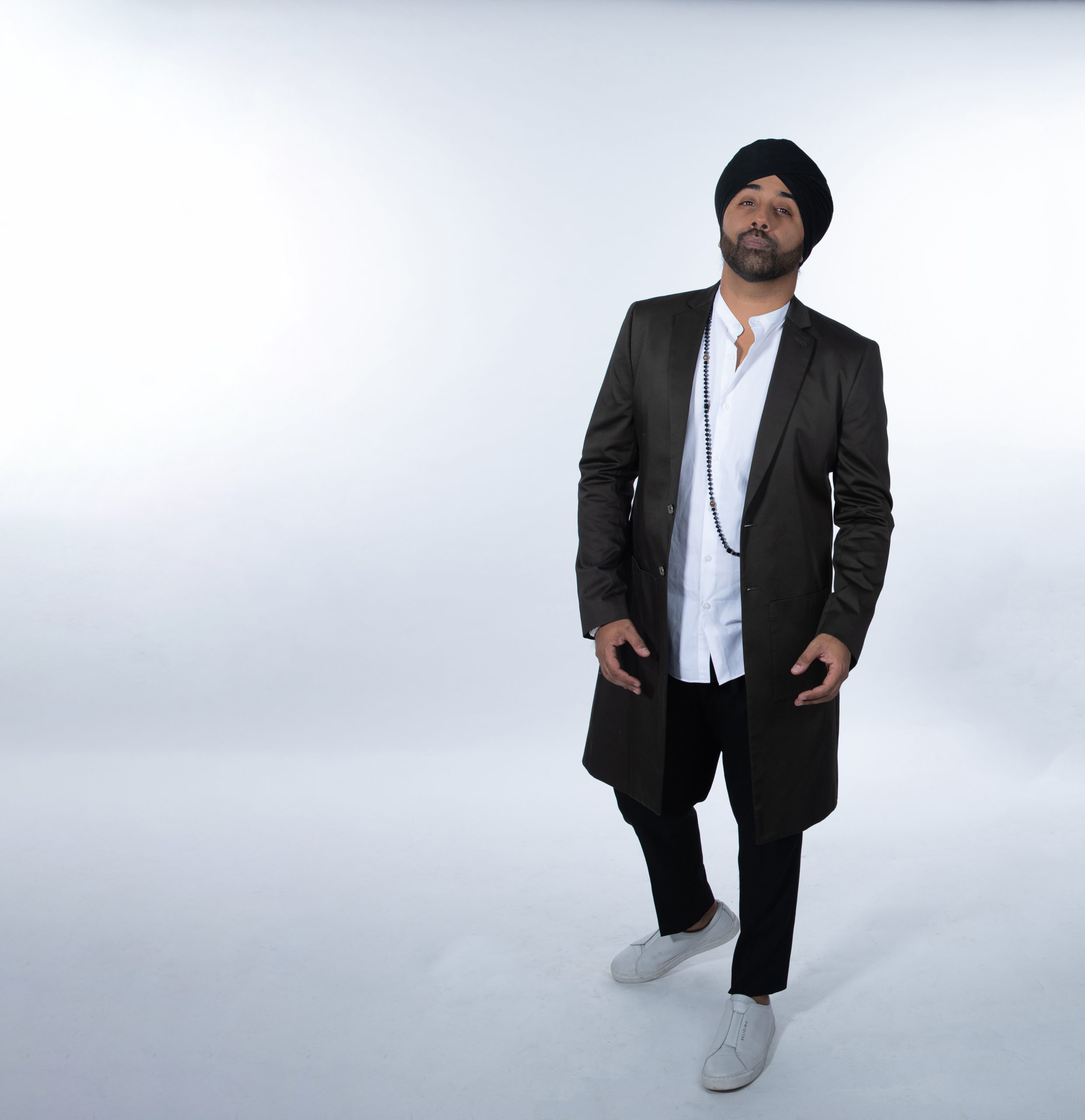 FROM being the lead singer of British band B21 to becoming one of the most successful solo bhangra artists in history, Jassi Sidhu has had a glittering 25-year career that has seen him become a global star.

The hit songs, cool collaborations and live performances all over the world have entertained millions, inspired a generation and turned the Birmingham-based singer into a Punjabi music icon. After overcoming a career-threatening crisis, he has returned with three brilliant back-to-back songs and a planned world tour.

With more songs on the way, he still means business. Eastern Eye caught up with Jassi Sidhu to discuss his incredible career, latest songs, what music means to him today and why he doesn’t want to give any advice.

How would you sum up your 25-year career?
A blur! I still look back and think did that actually happen, did I do that and was it part of my life? Sometimes things just get mixed up in your head. It’s crazy, but the last 15 months where we have been sitting at home, you start looking back and think ‘wow, I remember that show in New York, flying to LA, that tour in Africa’ and so much more. When you’re chasing it all and in the rat race, you never enjoy the moment. I used to land for one day, do a show and return home. Now I think, take in what you have done and how 25 years have passed.

You have had success globally, but what has kept you connected to Birmingham?
Birmingham will always be home. It is where I was born and raised. There’s nothing like the UK and the feeling you get when you come back home. The UK created Jassi Sidhu and gave me that platform to attack the world.

You had said you almost lost it all, what did you mean?
I have had vocal problems. That is the reason why there has been such a huge gap between the last single Haa Kurvakeh in 2017 and now. I had dysphonia. It is when the brain stops sending signals to the throat. I could sing on stage because you can get away with more there, but the clarity wasn’t there for recording. So, I lost my mind, not being able to open my mouth and to do what I’ve done since I was 17. I never thought the trilogy would see the light of day or it may be my swansong, but luckily my vocals came back last year.

How did your voice come back?
I don’t know what it was. It’s a mental thing. There was a lot of therapy and working through issues with my singing teacher. Then it kind of came back and I was able to record more singles, so there are another four songs to come. I didn’t want to go out without releasing songs and saying my farewells for the 25 years, but I’ve got what I wanted. So, if I lose it again tomorrow, at least I’ve done it my way.

Do you have any major regrets from the last 25 years?
You are not human if you don’t regret things. No one has a perfect track record or a perfect life. You should regret things in life. I regret the way B21 ended because it was just a very grey area and I should have spoken the truth then – this is why I am leaving, this is the issue! I regret not moving to India in 2004-2005 – how much money I could have made. It’s a huge industry and market. I didn’t discover that till 2011. Not releasing more music when I was fit and healthy is another regret.

You have collaborated with some amazing artists. Is there a favourite?
Two people stick out for me. I’m very choosy and have only ever released like 30 songs in 25 years. Most singers release that in a year now. Working with (Yo Yo) Honey (Singh) on Jaan Mangdi. I watched Honey grow up! It was a fun collaboration and Honey working with me brought him to the attention of this side of the world. I loved doing the Hip Shaker with Lilly Singh. I had met her in Toronto about 18 months before and sensed there was something so special about her. She had never rapped and I thought she could pull it off, and she did. It was really cool when it came out. So, these two solely because I knew them before they became mega stars. It’s really cool to watch someone evolve like that.

What made you choose these three new songs for the back-to-back releases?
It was always going to be a trilogy! I thought to myself I can’t keep doing that same bhangra sound because people will get fed up with it. Kudi Chandigarh Di was that India pop vibe. Jatt Warga is a proper bhangra track. You don’t hear many of those anymore because they are kind of all hip hop, urban or gangster. The third track Balle is a UK urban garage vibe. So, these songs showed the three sides of Jassi Sidhu. I didn’t know if these were going to be the last three songs I was physically going be able to release. I just wanted to give something to the people who have taken this journey with me.

As a prolific live performer, how have you coped with being in lockdown?
It has been hard. For me, my voice coming back was like a miracle and my head was completely engrossed in that for about eight months. I was shocked at how my voice suddenly came back. That took a lot of my focus away from this. The main thing for me is that I don’t play my character. I’m pretty much the same person on and off air. People get shocked by the fact that I am so normal. This is just me, I don’t play a character. A lot of artists struggled because they couldn’t turn off that character. I am the same person and not a character, it is just a job. So luckily, I was able to switch that side off.

But you have been performing live globally throughout your adult life…
Yes, it hurts because that is all you are and have been doing since you were 17, which is why the voice thing was so mentally exhausting. So, lockdown was hard, but it’s one of those things, isn’t it? I think I will appreciate it more now. In the past, I would fly into Delhi or Africa for like 24 hours, do a show and get back home. Next time I get back touring, I am hanging around and chilling.

What does music mean to you today?
Everything! It gave me the life I live now. I’m lucky and blessed that I’m very comfortable in life. That I was able to open my mouth and this sound came out that people liked. Music gave me the platform to create a life for myself, travel the world and meet thousands of people. My levels have always gone higher, not lower and I’ve kept a certain standard. These projects I released now have big budget videos. I always believed in keeping that level. I’ve been able to maintain that for 25 years. A lot of marriages don’t last that long. So, to be married to music for 25 years is something else.

What is the biggest life lesson your amazing journey has taught you?
Don’t trust anyone! In all walks of life, 98 per cent people in the world are absolute a******s. They couldn’t give a s**t as long as they can close the door and go to sleep at night. I don’t know how they sleep, but whatever it is, we live now in the ‘me’ ‘me’ generation, where it is all about ‘me’. That’s unfortunately the way life is, but if you’re lucky and blessed, you’ll meet some of that 2 per cent, who you will always hold dear.

What advice would you give artists starting their journey?
I would not give any advice, Asjad, because the journey they are starting is completely different to the one I started. I am absolutely clueless about this new world of algorithms, streaming and all that. I’m a dinosaur in the digital era. I could reel off a list of names that have asked me for advice and never took it, and done the opposite.

Why is that?
For some reason in music, people listen and think you’re saying it to make their life worse. They try to prove you wrong. I couldn’t care less if someone is successful. Good luck to you, whatever path God chose for you, I can’t change it by saying do it like this. People get worried when someone gives them advice, because they don’t get to meet that 2 per cent of genuine people.

How much are you looking forward to your 25th anniversary world tour?
With Covid-19 getting bad again, I’m a bit worried it won’t happen, but I hope it does. If it doesn’t happen this year, it will be next year. One of the blessings of this career is I’ve met people that have grown up with me. I can’t wait to see them. They say, ‘I remember when the B21 album came out; I was at school’; ‘then we were at college and you went solo with (album) Reality Check’. ‘On my wedding, we played Veer Ji’. ‘My daughter was born and you released Jaan Mangdi’. I think, wow, my career is kind of the soundtrack to people’s lives and that is unreal.