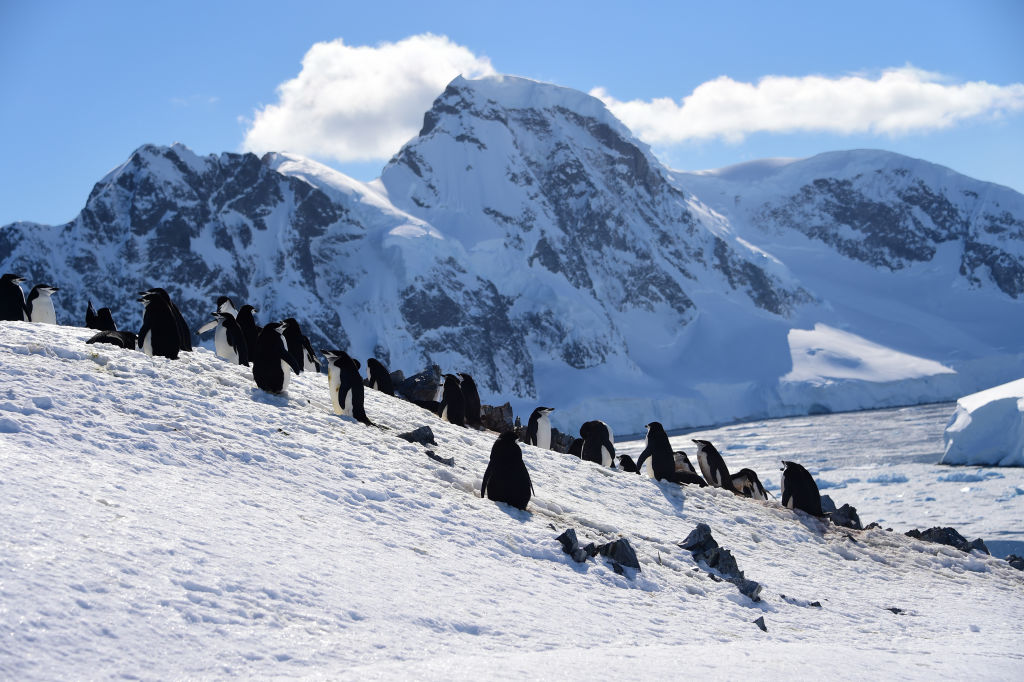 Barbijo penguins are seen at Orne Harbour in South Shetland Islands, Antarctica on November 08, 2019. (Photo by JOHAN ORDONEZ/AFP via Getty Images)
Follow Us

A SIKH officer of the British Army and physiotherapist is on a mission to become the first Indian-origin female to complete a solo, unsupported trek to the South Pole.

Captain Harpreet Chandi, known as Polar Preet, will be travelling 700 miles while pulling a pulk or sledge, battling temperatures of minus 50 degrees Celsius and wind speeds of up to 60 miles per hour.

She will begin her adventure from Chile.

Writing on her online blog, Chandi, 32, notes that the journey will take approximately 45-47 days during which she plans to upload a live tracking map for people to be able to follow her daily voice blogs.

“I want to take as many of you as possible on this journey with me so I hope you enjoy following,” writes Chandi.

Currently based at a medical regiment in the northwest of England, Chandi’s primary role is to organise and validate training for medics in the Army as a clinical training officer.

She is completing her masters degree in sports and exercise medicine, part-time, at Queen Mary’s University in London and has been using two large tyres as a substitute for the heavy sledge she will be dragging along in Antarctica for her polar training.

“Antarctica is the coldest, highest, driest and windiest continent on earth. Nobody lives there permanently. I didn’t know much about the continent when I first started planning and that is what inspired me to go there,” she explains.

“Hopefully doing something that pushes me so far out of my comfort zone will inspire others to believe in themselves and push their boundaries. There are only a few female adventurers that have completed a solo, unsupported trek on this continent. It is time to add some more names, diversity and to make history,” she says.

Chandi has always been keen to push the human body to its limits and sees her latest mission as part of this wider research.

“Nothing is impossible. I’ve always had this idea that I can achieve something great, something that allows me to be a role model. I want my eight-year-old niece to grow up without boundaries, knowing the possibilities of what you can achieve in life are endless,” she reflects.

As an “endurance athlete”, Chandi has run marathons and ultra-marathons and, as an Army officer, completed large scale exercises and deployments in Nepal, Kenya and most recently a six-month United Nations peacekeeping tour to South Sudan.

“Anything ambitious can feel out of reach at the beginning but every bit of training I complete brings me closer to my goal. My training expeditions in Greenland and Norway have helped prepare me and my goal is now in reach,” she declares.