Jaggi Johal has been accused of involvement in the killing of Hindu right-wing leaders in Punjab. 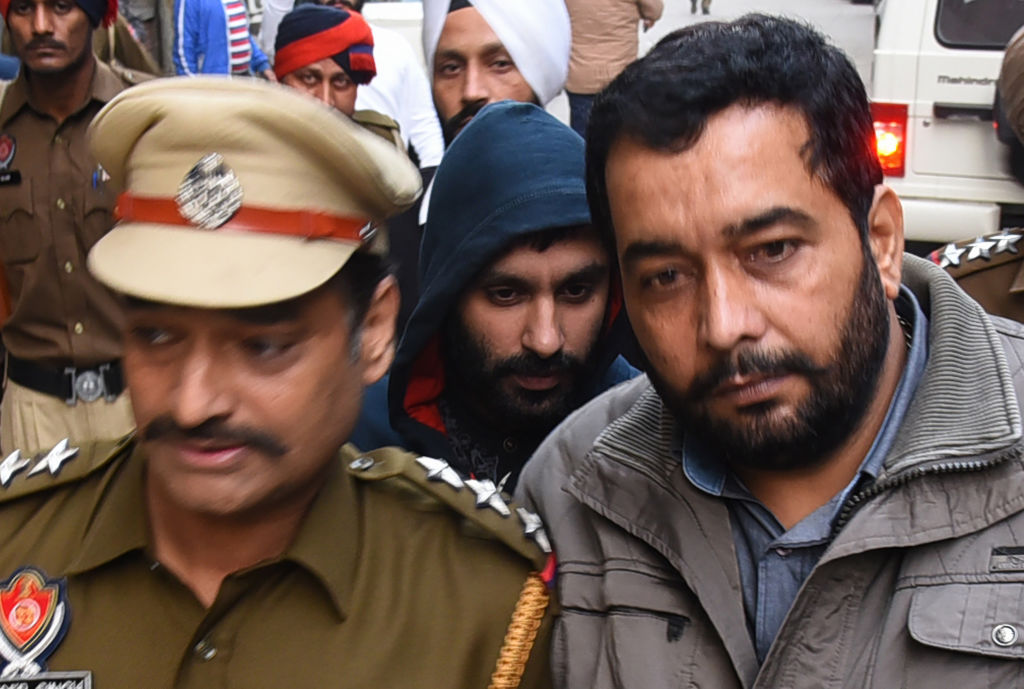 BRITISH prime minister Boris Johnson has said that he raised the issue of the arrest of Scotsman Jagtar Singh Johal alias Jaggi Johal with his Indian counterpart Narendra Modi during his visit in April.

He added that Johal has been “arbitrarily detained” in a Delhi jail, the Indian Express reported.

Johnson also said that the British officials have raised with the Indian government almost 100 times the issue of “Johal’s treatment and his right to a fair trial” since his detention.

He made the disclosure in a letter to Labour Party leader Keir Starmer on June 21.

The UK also has a sizeable Sikh community, and its leaders have been demanding that Johnson raise the case of Johal, who has been detained without trial in India for more than four years.

Johal, who has been accused of involvement in the killing of Hindu right-wing leaders in Punjab, had been arrested on November 4, 2017, after arriving in India in early October for his marriage in Jalandhar, according to Indian media reports.

He was arrested from Jalandhar for his alleged role in targeted killings, including that of RSS leader Brigadier (retired) Jagdish Gagneja.

Johal is yet to stand trial in any case and is currently lodged in Delhi’s Tihar jail. The National Investigation Agency (NIA) is probing eight cases against him.

“Thank you for your letter of May 31 about Jagtar Singh Johal, a British national who has been detained arbitrarily in India for the past four and a half years,” wrote Johnson.

“I am grateful for your interest in this matter.

Johnson added, “We have done so on almost a hundred occasions since Johal’s detention in November 2017. More recently, during her visits to India in October 2021 and March 2022, the foreign secretary raised Johal’s situation with India’s external affairs minister Dr Subrahmanyam Jaishankar. When I visited Delhi in April, I raised Johal’s case personally with Modi as part of a wide-ranging discussion about bilateral and international affairs.”

“I am pleased that you recognise the deep and enduring bonds we have with India. We are continuing to work with its government to resolve Johal’s case. As recently as June 9, the foreign secretary met Martin Docherty-Hughes, Johal’s MP for West Dunbartonshire, along with members of Johal’s family, to discuss our involvement in the case. Please be assured that the government is doing all it can diplomatically to assist Johal.”

Earlier this year, the UN’s Working Group on Arbitrary Detention, in a report, said that Johal was “abducted” and “tortured” in 2017, adding that the probe agencies looking into his case have failed to produce any evidence against him.

The UN group too had termed Johal’s arrest “arbitrary” and “in contravention of the Universal Declaration of Human Rights and the Covenant”.

It also sought his immediate release with “compensation and other reparations, in accordance with international law.”

Johal’s family in the UK has been lobbying for his release since his arrest. His brother Gurpreet Singh Johal was elected a Labour councillor in the Scottish local elections in Dunbarton recently.

Johal’s lawyer, Jaspal Singh Manjhpur, told the Indian Express, “11 cases were registered against Johal in India of which eight are being investigated by the NIA, two by Punjab Police and one by Delhi Police’s special cell. Chargesheets have been filed in all the cases. However, the charges are framed only in one case that was registered by Punjab Police immediately after his arrest from Jalandhar. Johal has already secured bail in three cases, including the one in which charges are framed. He was discharged from one case that was registered by Punjab Police.”

Following his arrest in 2017, the Punjab Police had claimed that Johal, in a confessional statement, admitted to having met (now deceased) Harminder Singh alias Mintu in France and giving him £3000. Police also claimed that he allegedly provided £800 to buy weapons used in targeted killings in Punjab.