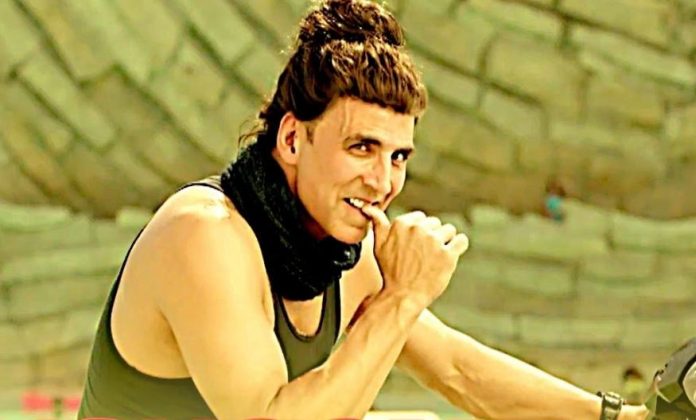 This morning we woke up with the news that Ayushmann Khurrana will be playing a gay character in the Shubh Mangal Saavdhan sequel which is titled as Shubh Mangal Zyada Saavdhan. The actor is surely pushing the envelope with the film. However, Ayushmann is not the first actor to play the character of a homosexual on the big screen. So, today let’s look at the list of actors who have played the role of homosexual in Bollywood films.

Deepa Mehta’s Fire starring Shabana Azmi and Nandita Das released in 1998. The film depicted the relationship between two women who were caught in a marriage without love and sex. Azmi and Das’ character find solace in each other and eventually fall in love. Both the actresses carried the role very well. Fire was way ahead of its time and faced a lot of controversies.

Manoj Bajpayee played the role of a gay man in Hansal Mehta’s Aligarh. The film was based on the true story of professor Ramchandra Siras who was suspended from Aligarh University on grounds of morality after he was caught having sex with a rickshaw-puller. Bajpayee won several awards for his performance in the film.

Randeep Hooda and Saqib Saleem starred together in one of the short films in anthology film Bombay Talkies. Titled as Ajeeb Dastaan Hai Yeh, it was directed by Karan Johar. In the movie, Randeep’s character is married to Rani Mukerji’s character and he gets attracted to a colleague of Rani played by Saqib. Both, Randeep and Saqib’s performance in the film was appreciated.

A role that Saif Ali Khan rejected and then it later went into Fawad Khan’s lap. The Pakistani heartthrob played a gay character in Kapoor & Sons. The movie showcased that Fawad’s character was the perfect son, but once his mother comes to know about his sexuality, how things change. Fawad carried the role very well.

While Shabana Azmi and Nanadita Das played lesbians in Fire, Sonam Kapoor would clearly be the first mainstream heroine from the current generation who played a homosexual character on the big screen. Ek Ladki Ko Dekha Toh Aisa Laga is undoubtedly one of the best films we have seen this year and Sonam’s portrayal of a girl fighting for her love stole our hearts.

When a superstar tries something different it really impresses us. Akshay Kumar had a cameo in Rohit Dhawan’s Dishoom and his character was of a gay man. Akki eyeing on John Abraham and Varun Dhawan in the film was something that we didn’t expect from him, but well, he did it and left everyone impressed.