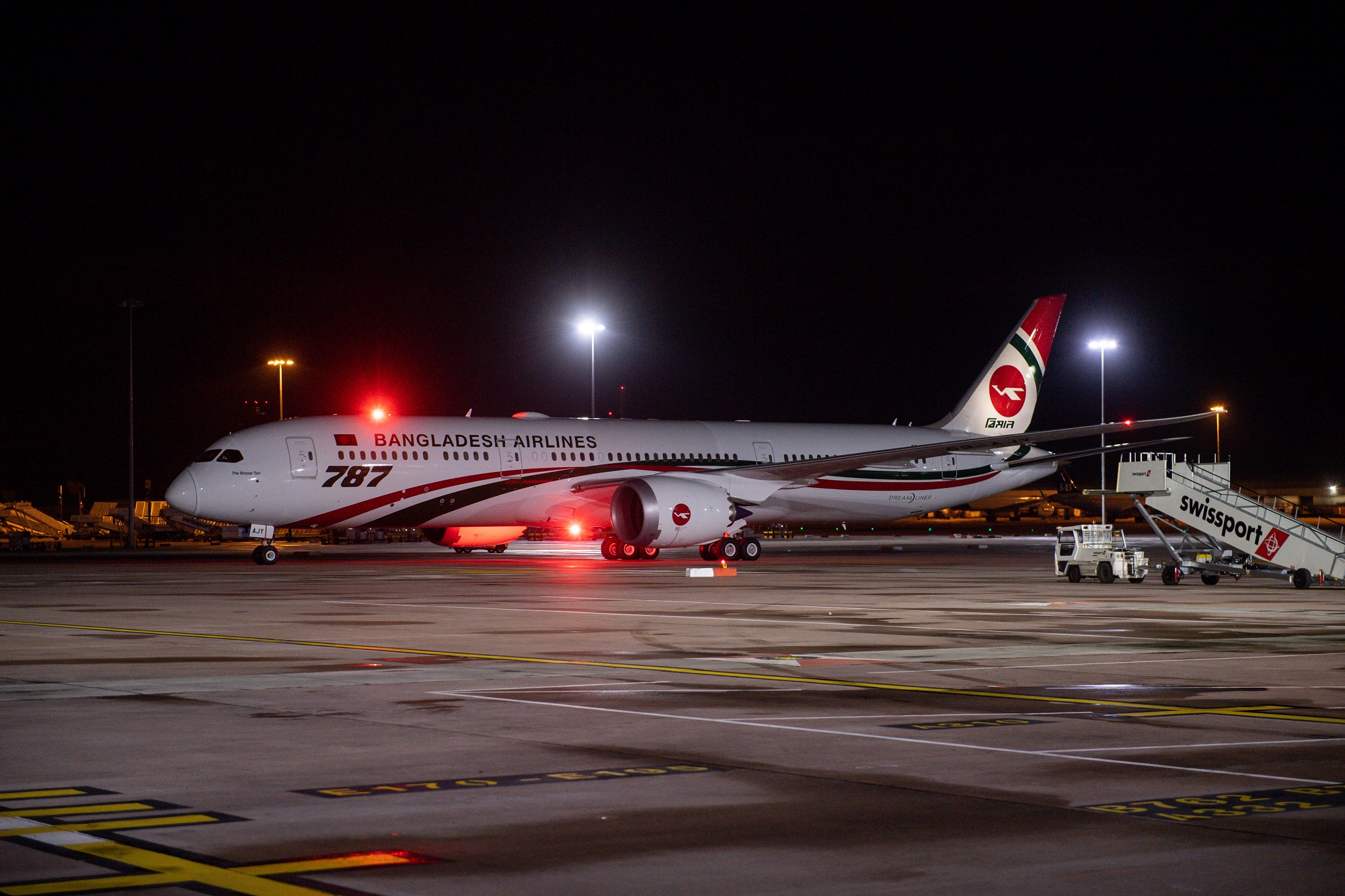 Biman celebrated the inaugural flight from Manchester Airport to Dhaka and Sylhet on Sunday (5), at an event attended by civic leaders and representatives from the Bangladeshi community across northern England.
Follow Us

Biman will operate from Manchester Airport to Dhaka and Sylhet three times per week.

The launch of a direct air route between Manchester and Bangladesh will begin a new era of collaboration between the two locations, Manchester Airport said in a statement on Monday (6).

Biman celebrated the inaugural flight from Manchester Airport to Dhaka and Sylhet on Sunday (5), at an event attended by civic leaders and representatives from the Bangladeshi community across northern England.

The three-times-a-week service has been welcomed by the more than 70,000 people of Bangladeshi origin living in the north and comes on the back of a delegation led by Greater Manchester Mayor Andy Burnham travelling to both cities in October.

Bangladesh’s national airline will operate the routes from Manchester to Dhaka and Sylhet on Sundays, Tuesdays and Thursdays, with a flight time of just 10 hours.

The carrier will utilise two brand-new Boeing 787-9 Dreamliners, with 24 seats in business class and 247 in economy.

The service will fly from Manchester to Dhaka via Sylhet and will then return to Manchester from Dhaka directly.

Dhaka, Bangladesh’s capital, is a megacity with over 20 million inhabitants in its wider urban area. It accounts for around 35 per cent of the country’s economy and its Mughal-era Old Quarter is packed with historic and cultural sights.

Sylhet is the largest city in Bangladesh’s north-east, with 800,000 people living in its metropolitan area.

A large proportion of northern England’s Bangladeshi population can trace its roots back to the Sylhet region, which is home to some of the oldest tea estates in the country.

There are up to 300,000 people of Bangladeshi origin in the northern parts of the UK, from Birmingham to Scotland, for whom this service will be their closest direct route to Bangladesh.

“We know there is a significant Bangladeshi community across our catchment area, and this Biman Bangladesh service will be hugely popular with friends, family and business contacts travelling in both directions.

“And we are confident it will also open up a wide range of fresh collaboration opportunities between Greater Manchester and both Dhaka and Sylhet.

“This will build on the foundations laid by the successful mayoral visit in November, during which the desire to forge closer ties was clear to see, and I want to thank Andy, Coun Jabbar and our other partners for their support in securing the return of this important route.”