Barry Gardiner: Politicians should not use Kashmir issue to divide communities in Britain 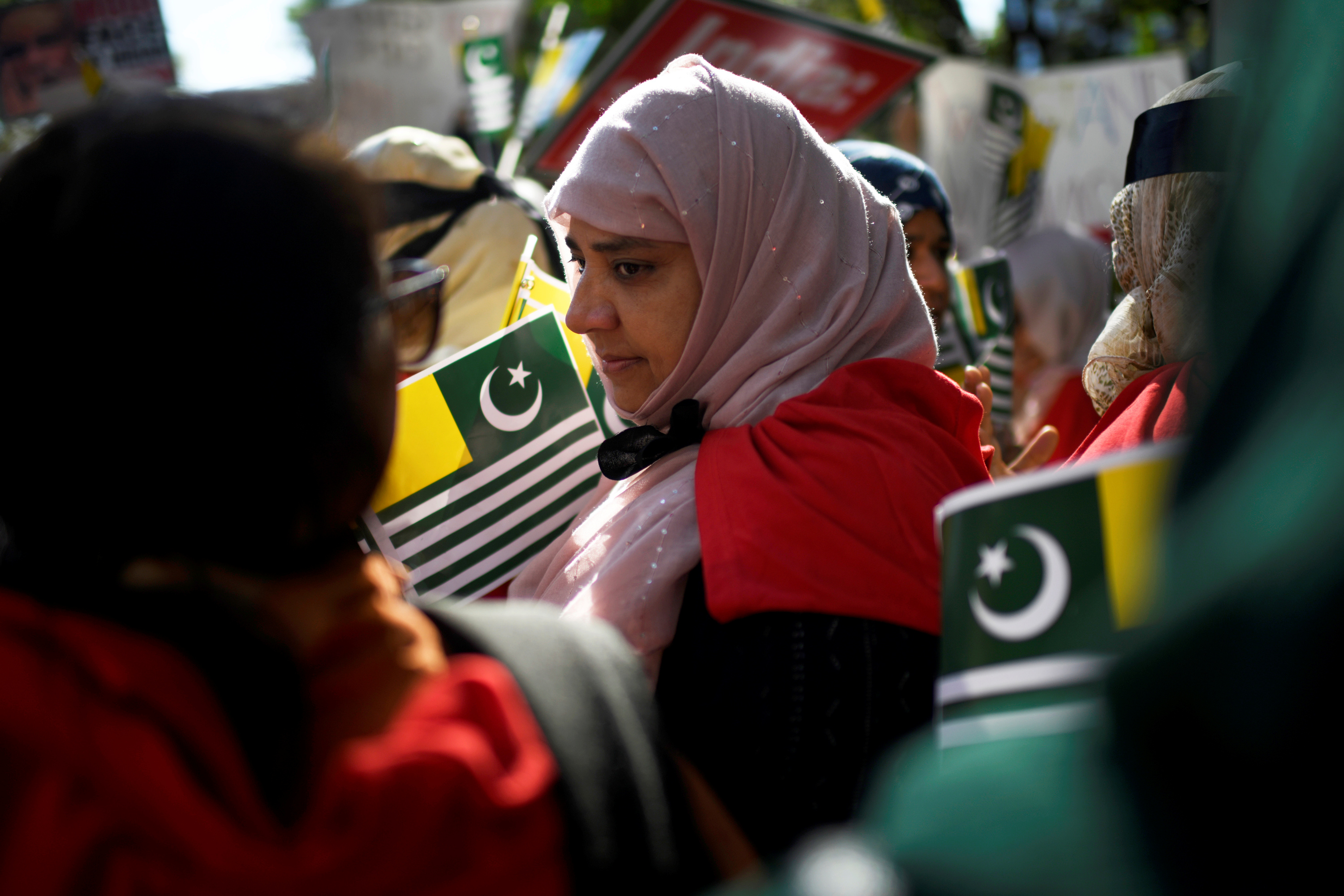 A woman holds a flag of Azad Kashmir at a protest in solidarity with the people of Kashmir. (Photo: REUTERS/Mark Kauzlarich)

Over the past few weeks many people have contacted me about the situation in Kashmir and the events that have taken place since the Indian Parliament revoked Article 370 of the Indian Constitution.

Let me start by saying that I would not expect any Indian politician to interfere with the constitutional arrangements and status of Scotland or Northern Ireland in the United Kingdom and so I do not think that it is for UK politicians to interfere over the status of Jammu and Kashmir in India.

The troubled political history of Kashmir is complex and dates back to the time of partition under the Indian Independence Act of 1947. The rulers of each of the Princely States had the responsibility to choose between the two emergent nations and Kashmir’s ruler, Maharaja Hari Singh, had to decide whether to accede to India or Pakistan. As he was doing so Pakistan invaded that part of Kashmir now known as Azad Kashmir, and he then signed the legal Instrument of Accession to the Dominion of India. That in my view clarifies the position of Kashmir in international law. Kashmir became a part of India.

On the 1st of January 1948 India referred the occupation of Azad Kashmir to the UN Security Council and after much deliberation The United Nations passed Resolution 47. This set three steps to resolving the crisis:

First, that Pakistan should secure the withdrawal of all its tribesmen and Pakistani nationals from Kashmir and put an end to the fighting in the state. This was the precondition for the following stages.

Second, India was asked to progressively, reduce its forces to the minimum level required to keep law and order and that the administration should as far as possible use local personnel.

Third, that all major parties should be invited to participate in the state government and India should then appoint a Plebiscite administrator to determine the state’s future.
The resolution also called for the return of refugees and the return of prisoners.

The resolution was passed under Chapter VI of the UN Charter which means that it has the status of a recommendation, not of a demand which the UN is prepared to enforce.

Sadly the withdrawal by Pakistan never took place and there followed constant fighting in two wars and aggression by militant insurgents from Azad Kashmir across what eventually became known as the Line of Control. At the Simla Agreement however, both India and Pakistan agreed that the final settlement of Kashmir was an exclusively bi-lateral matter and that in the meantime, both sides would respect the Line of Control.

Since the Simla Agreement the UK has always adopted the position that the resolution of the issue of Kashmir is a matter for the two countries and should not be subject to external interference. Of course the UK would be happy to assist any negotiations between the two should we be asked to by both sides, but I believe it is not helpful for UK politicians to make unsolicited proposals. In particular the motion proposed at Labour Conference was partisan and ill-informed and was only voted on as an emergency after all MPs had been recalled to parliament following the Supreme Court decision that the Prime Minister had acted unlawfully.

The revocation of article 370 of the Indian Constitution has brought to an end the limited autonomy that previously had been granted as “Temporary provisions with respect to the State of Jammu & Kashmir” back in 1950.

Since then, this autonomy has seen the passing of state legislation that has denied civil rights to women and to gay and lesbian people, it has debarred Indian citizens from outside J&K from property ownership and thereby stifled inward investment into the region.

Revoking Article 370 equalises the rights of citizens across India regardless of sex, ethnicity or sexual orientation; it was also a key manifesto pledge of the incoming government who won a landslide majority in the recent General Election.

Revocation has caused political outrage by certain groups and the Indian government has acted to prevent any outbreaks of violence or unrest by dramatically increasing the military presence in J&K. It is always of concern when any government imposes a curfew or a media blackout and I have spoken directly to the Indian High Commissioner in London and expressed my hope that these measures will swiftly be ended and any allegations of human rights abuse will be properly and fully investigated.

In this context, I am also aware of the serious violation of human rights in Kashmir that has gone unchallenged by the international community for far too long; indeed I have visited the refugee camps around Jammu and spoken with the Kashmiri Pandits who were forcibly evicted from the Kashmir Valley in the 1990s as a result of the declarations issued by community leaders at that time, which proclaimed that Kashmiri Pandits must either convert to Islam, leave the Kashmir Valley or be killed.

This ethnic cleansing resulted in at least 100,000 Kashmiri Pandits being deprived of their homes and many of them continue to live in appalling conditions in refugee camps without proper facilities. In 2010 the Government of Jammu & Kashmir estimated that less than 3,500 Pandits were still living in the Valley and that, of those who remained, 219 had been murdered in militant sectarian violence.

It is natural for communities in the UK with family connections in the region to express their views on either side of the India/Pakistan dispute. And the freedom to protest is one of the great rights that we enjoy in the United Kingdom. But that right must be exercised peacefully. On August 15th, it was not.

I have spoken to a number of my constituents who had gone to celebrate India’s Independence Day with dances and songs at the High Commission in London but who ended up being kettled in a small area outside by an angry mob of several thousand protestors. The initial police presence was clearly inadequate and reinforcements had to be drafted in after protestors began throwing eggs, and potatoes and bottles of iced water at my constituents whose number included elderly women and young children.

I have complained in the strongest of terms to the Met Police Commissioner and have not yet been satisfied by the response that I have received. I would stress that it is the Home Secretary who has the power to ban protests and demonstrations in London and NOT, as some dishonest persons have suggested, the London Mayor. I wholly condemn the anti-Moslem slurs that have been circulated by some political figures trying to suggest that because Mayor Khan is a Moslem he in any way sided with the Protestors. In particular I would draw attention to the excellent statement made by the Mayor condemning the violence, insisting that prosecutions must follow and praising the Indian community for their contribution to diversity and constructive community relations in our great capital.

There are politicians in all parties who will stand strongly against any attempt to divide our community along religious or ethnic lines. Sadly, there are others who are only too willing to import foreign battles into domestic politics for what they see as localised party political advantage. We must not let our community be poisoned in this way.

Certainly I will continue to represent all my constituents equally and without heed to their background. I believe we all have a duty to challenge injustice wherever we find it and to work together for the common good resisting those who would set us against our neighbour.