AS SIR Suma Chakrabarti steps down on July 2 as presi­dent of the European Bank for Reconstruction and De­velopment (EBRD) after completing two four-year terms, he has given a valedictory interview setting out what he thinks the organisation has achieved under his leadership and also some of his plans for the future.

He isn’t ready to put his feet up. “I’ve got too many ideas for what I might write and not enough time,” he laughs.

Since February, he has been in lockdown at his home in Oxford, with his Japanese wife, Mari Sako, who is professor of management studies at the Saïd Business School, and their 24-year-old daughter, Maya, who is an artist. She has done a portrait of her father which he loves because it makes him look “10 years younger”.

Sir Suma, who turned 60 last year, says that when Maya was little, he would read to her stories that he had written. He is now thinking of turning them into children’s stories possibly for publication. He is also thinking of writing a family history. His elderly parents, Hiren­dranath and Gayatri, have a home in the UK where they spend part of the year, but when the lockdown happened, they were caught out in Kolkata and he hasn’t seen them since. Flights permitting, he wants to go to Kolkata in July and accompany them to Britain. His father was curator of the Victoria Memorial in Kolkata, as well as a history professor at the prestigious Presidency College in the city.

Before taking over as EBRD president, Sir Suma had been a high-flying civil servant in Whitehall, serving as permanent secretary both at the Department for International De­velopment and at the Ministry of Justice. He recalls: “I worked in Washington in the late 1980s in the UK office of the IMF (Interna­tional Monetary Fund) and the World Bank.”

Born in 1959 in Jalpaiguri, West Bengal, he came to London as a small boy, attended the City of London School, read PPE at New Col­lege, Oxford, and did his MA in development economics at the University of Sussex.

In July, he is to join a think tank, the Over­seas Development Institute (ODI). “I started my career as an ODI fellow in Botswana. So, it’s quite nice to come back at the end of my career to the ODI and help them in the role of a trustee.”

He expects to do some lecturing; as EBRD president he would often address young stu­dents on the work of the bank. “With both my father and my wife being academics, Oxford is a good place to start reconnecting with my academic hinterland.”

“I also expect to be providing some advi­sory support to some of the emerging markets that I’ve worked with in recent years,” he says.

Sir Suma has written the foreword to a his­tory of the EBRD, which was set up in 1991 and whose membership has expanded rap­idly under leadership to 71. Two of his biggest successes were in persuading China and In­dia to join.

Although the global economy has been hit hard by the coronavirus pandemic, he feels he is leaving the bank in good shape and well equipped to cope with the crisis.

“I’m proud, frankly, to have led EBRD for eight years – and in those eight years EBRD has become what I call the indispensable, multilateral development bank,” he says.

“Last year was a record year – we delivered more than 10 billion euros (£9bn) for the first time in the bank’s history,” he says. “We also had a record financial profit as well last year.”

The EBRD has helped businesses in new countries and regions which are unable to get loans from other banks. “So, if you just take the Middle East, where we started op­erating only seven years ago, our largest country of opera­tion in the last two years has been Egypt.”

It has also “responded very strongly to the financial cri­sis in Greece and Cyprus”, he points out.

The focus is on the green agenda, he emphasises. “Last year, 46 per cent of all our investments was in the green economy. That’s fantastic, as well.”

He was particularly keen “to help women entrepreneurs who find it difficult to get access to finance in their coun­tries. We will help with refugee work as well to make sure they have jobs in SMEs.”

The bank has come through “the 2014 geopolitical crisis over Russia and Ukraine. And we stopped lending to Russia after that. And now, the crisis we’re sitting in today is the Covid-19 crisis.

“We have announced a major programme of invest­ment. If you take 2020 plus 2021, we expect to deliver about €21 billion (£18.7bn) in what we call a solidarity package to help economies survive the crisis and then recover after it. It shows how the bank is successful both when the weather is good but also when the weather turns bad as well.”

In dealing with Covid-19, EBRD’s emergency channels will target all sectors of the economy, but especially those badly hit by the crisis, including among others, financial institutions, SMEs, and corporate sectors such as tourism and hospitality, automotive and transport providers, agri­business, and medical supplies.

Does he think of himself as a banker or an academic or a bit of both? “Actually, neither,” he replies.

He is someone who is interested in ensuring that things get done, he asserts. “I’m interested in projects. At heart, I’m really a strategy, policy person, so my links with aca­demia do matter quite a lot. But I’m also someone who is fundamentally interested in delivering for these countries of operations. I am therefore very motivated by pushing the investment levels, making sure they’re high quality invest­ments, focused on the right countries, the right sectors, the right products. I’m someone who is more of a strategist leader type of person.”

These are the areas where he thinks his advice, offered in future in a private capacity, will be particularly helpful.

With his experience of the civil service and the EBRD, he feels he can advise governments on coming up with strate­gies, building leadership and organisational capability, how to track and prioritise delivery and improve commu­nications. He believes his policy of actually visiting EBRD’s countries of operation rather than giving orders from head office in London made a difference.

He gives Ukraine, which he has visited “11 to 12 times if not more” and Uzbekistan as examples.

“I became committed, personally, to working with Ukrainians to try and improve on what had happened be­fore,” Sir Suma says.

“And in the case of Uzbekistan, I put heart and soul into it because they had been outside the EBRD system for sev­eral years. The relationship used to be very bad. And I saw the opportunity to restart the relationship and that has been tremendous and we’ve done that.” 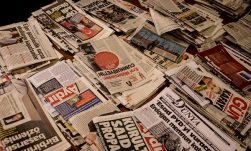 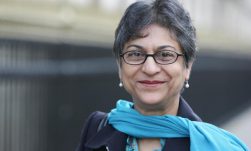 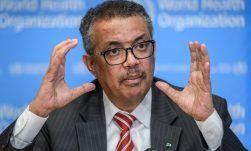