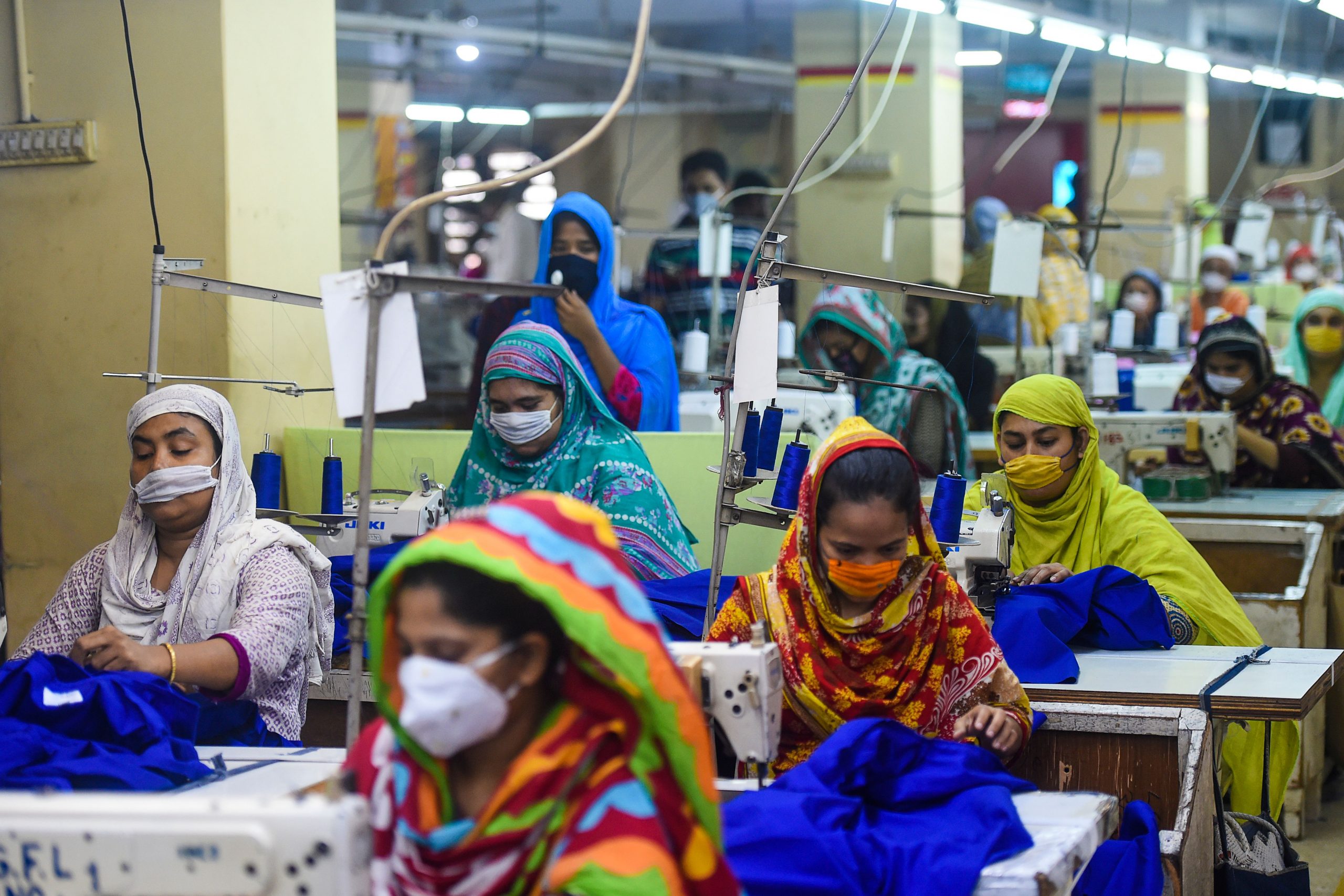 FILE PHOTO: Labourers wearing facemasks work in a garment factory during a government-imposed lockdown as a preventive measure against the spread of the COVID-19 coronavirus in Dhaka on May 2, 2020. (Photo by MUNIR UZ ZAMAN/AFP via Getty Images)

Mim Akter had to walk for nearly an hour before she found a rickshaw to take her to the garment factory where she works in locked-down Dhaka this week.

With public transport in the Bangladeshi capital stopped, factory owners were supposed to provide transport for their staff. But many did not, leaving workers to walk long distances or pay many times the normal fare to travel to work.

“After I got on, I was stopped by the police and I had to explain to them that I had no other way to go to the garment factory.”

The industry is supposed to provide transport for the estimated one in five workers who cannot walk to their factories and adhere to strict hygiene rules, including providing masks and soap and enforcing distancing.

But workers from 10 factories who spoke to the Thomson Reuters Foundation this week said their employers had not provided transport.

“There were no arrangements for buses and we didn’t see any major improvement in the hygiene protocols. It’s the same as it was before lockdown,” said Kalpona Akter, founder of the Bangladesh Centre for Worker Solidarity union.

A labour ministry official said the government was assessing the situation.

“Most workers live near factories. Some live far away and we will try to bring them (to work),” said Faruque Hassan, head of the Bangladesh Garment Manufacturers and Exporters Association.

“I have also asked factories to compromise and not run at full capacity.”

Most workers said they were happy that factories were exempted from the curbs after their earnings were hit by closures during Bangladesh’s previous lockdown.

The garment sector was hit hard last year as clothing brands shut shops due to the pandemic and cancelled orders worth millions of dollars.

Although the industry has seen a recovery, the future is uncertain as European countries impose fresh curbs.

“There obviously are fears of catching COVID, but we don’t want what happened last year to repeat,” said Nazma Begum, 30. “I couldn’t buy anything for my son on Eid last year because my salary was reduced.”