Bangladesh cracks down on Islamist hardliners after Modi visit protests 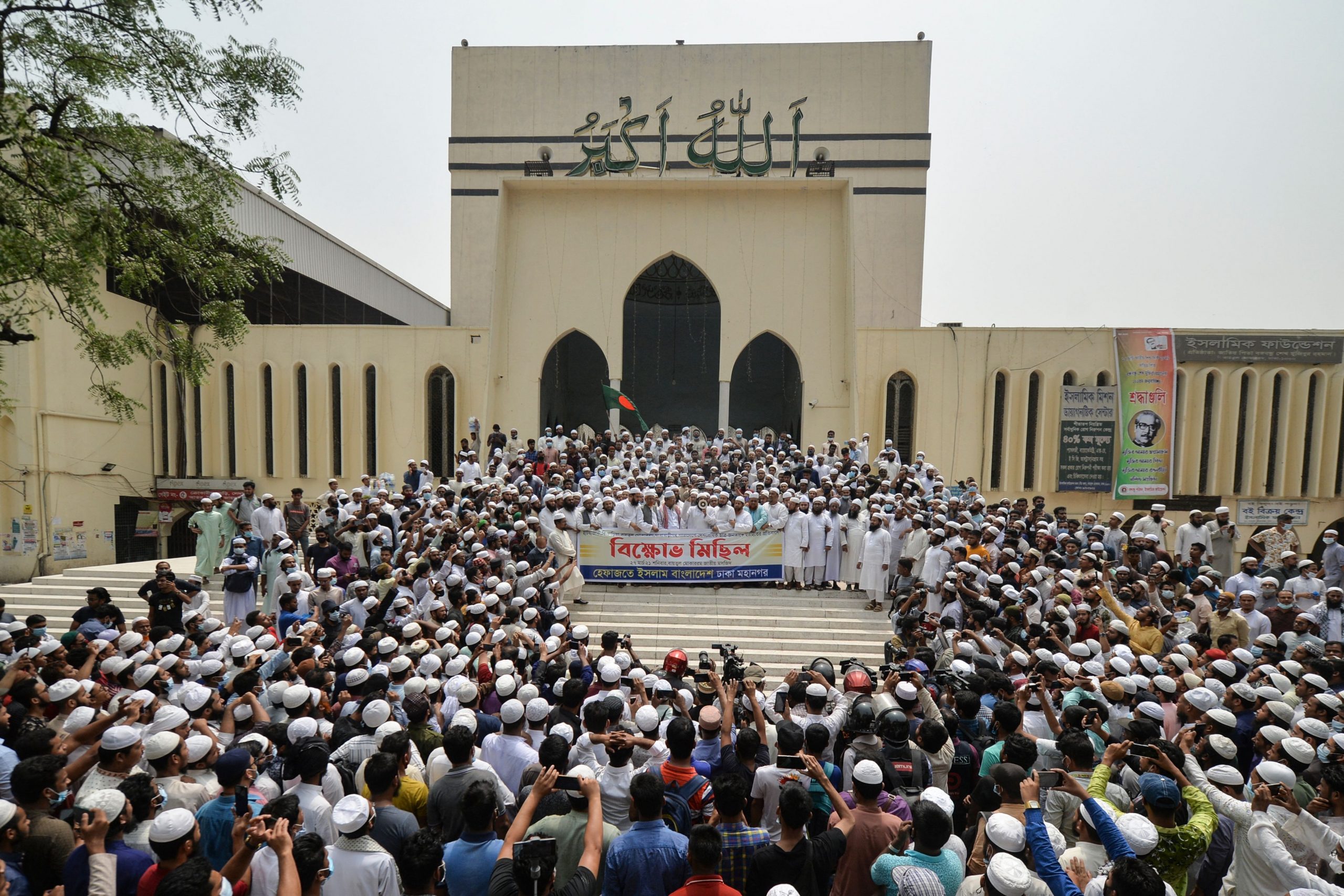 Activists of the Hefazat-e Islam, a hard-line islamist group, gather during a demonstration outside the National Mosque in Dhaka on March 27, 2021 a day after deadly clashes with police during a protest against Indian Prime Minister Narendra Modi visit to Bangladesh. (Photo by Munir Uz zaman / AFP)

Hundreds of hardline Islamists have been arrested by Bangladesh police over the past week, officials said on Sunday, after deadly protests against the visit of India’s Hindu-nationalist leader.

The protests across several districts in Bangladesh were mostly led by the hardline Islamist group Hefazat-e-Islam, whose members accused Modi of stoking communal violence against Muslims in India.

Police said Mamunul Haque, 47, the firebrand joint secretary of Hefazat, was detained on Sunday after a top Islamic seminary in the capital Dhaka was raided.

“He was arrested over charges of violence by Hefazat-e-Islam,” police spokesman Ifetkharul Islam told AFP.

Haque was the seventh senior leader from Hefazat to be arrested this week, police said.

The leaders were expected to be charged with the outbreak of violence during the anti-Modi protests and demonstrations in 2013 that left nearly 50 people dead.

A further 298 Hefazat supporters and activists were arrested in the eastern rural district of Brahmanbaria where anti-Modi demonstrations were also held, police said Sunday.

Hefazat spokesman Jakaria Noman Foyezi told AFP that 23 leaders of his organisation had been detained by police.

He called police claims against them “false and fabricated”.

Hefazat, which was found in 2010, is Bangladesh’s largest hardline Islamist outfit.

The group draws its support from millions of students and teachers in thousands of the Muslim-majority madrasas.

A 2013 rally in Dhaka by thousands of Hefazat supporters demanding a blasphemy law ended in unrest and dozens of deaths.