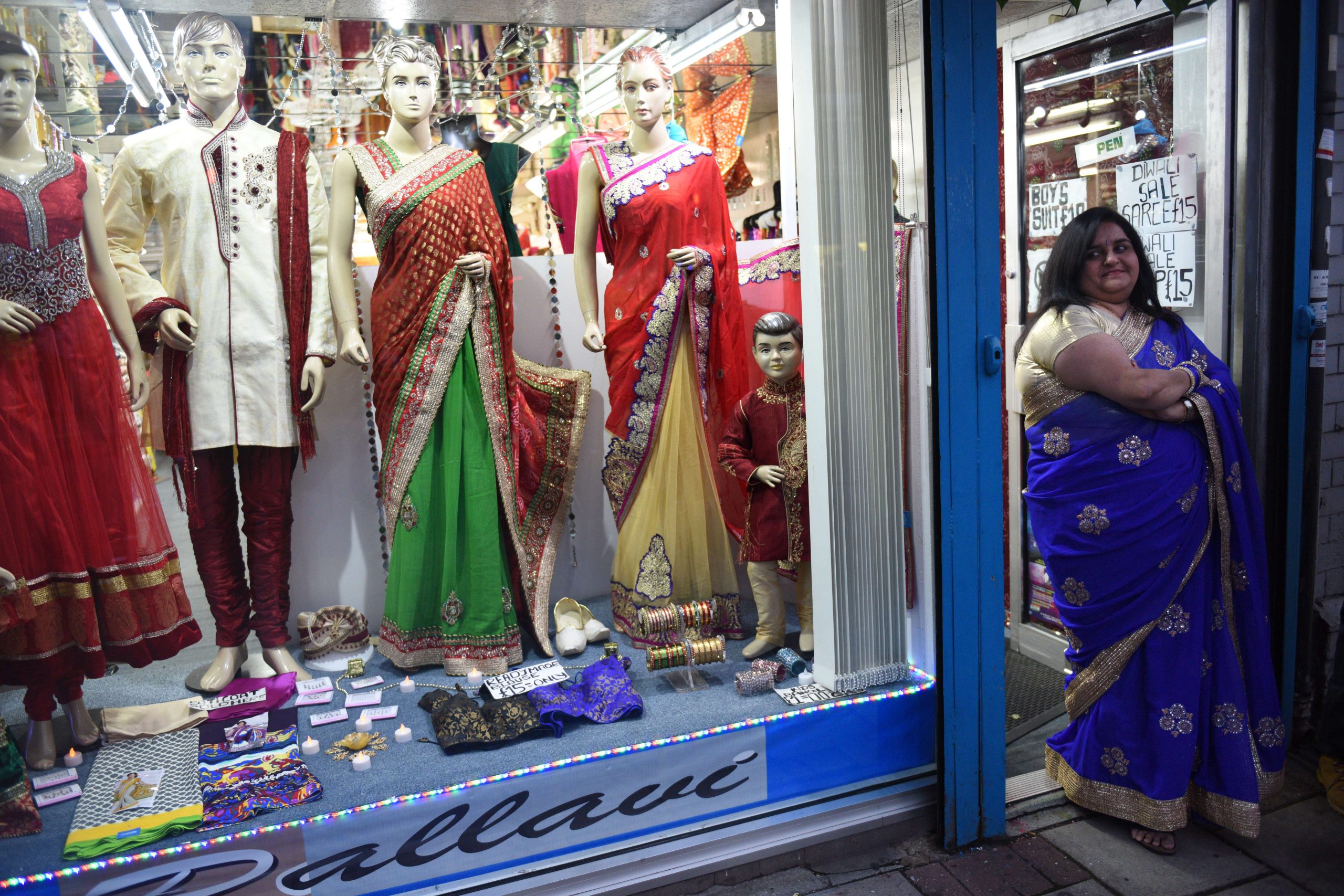 OUT OF STYLE: Shop owners say they are still sitting on stock from 2019 and 2020. (OLI SCARFF/AFP via Getty Images)
Follow Us

Import of apparel from south Asia hit due to Covid lockdown

TOP fashionistas and clothes entrepreneurs have revealed the devastating impact that the coronavirus pandemic has had on their ability to make and sell new designs.

Designer brands and shops in the UK are reeling from the Covid crisis which has hampered imports of garments and materials from south Asia.

The pandemic in India, Pakistan and Bangladesh has decimated factories which make shalwar kameez, saris and kurtas that stores in the UK rely on.

It has also affected customers, who are often making more shopping trips to find the ideal outfit for weddings and religious festivals. Mani Kohli, a designer for 40 years and founder of brand Khubsoorat Collection, said it will be difficult for the industry to recover in the next couple of years.

She told Eastern Eye: “When the pandemic set in, we just about ordered new collections which never saw the light of day; a lot of money was invested for March 2020. We are sitting on stock, some of our collections never made it to the UK.

“A lot of the stuff was sitting in bags in production units in India. Fashion sense and style could never be dictated – given the climate; nothing was exposed, no fashion trends set, no style personified.”

The wedding season is set to peak this summer with the government announcing on June 21 that the limit on the number of people who can attend ceremonies in England is scrapped. Boris Johnson said the 30-person cap on wedding ceremonies and receptions will be removed as planned although lifting of all other restrictions has been delayed until July 19.

It could be a lifeline for clothes stores, which reopened in May after lockdown rules eased. Kohli added: “We are still struggling to even import, though we opened up doors in 2021. Importing goods is only possible if they are being made.

“With the pandemic in India, it has had a terrible influence on workers. We are left pretty much stranded, unable to honour a lot of goods we would have hoped to create a bit of noise about.

One store owner said they only have five new shalwar kameez, but hope to get more around Eid in late July.

Another said all its garments are imported from Pakistan and due to the lockdown, most of the stock of petticoats, trousers and tops are older designs.

It is a similar situation in Leicester, which is regarded as the capital of south Asian textile manufacturing.

Manjula Sood MBE, a councillor in Leicester and former mayor of the city, told Eastern Eye: “Leicester is known as the hub of manufacturing, but traders are facing many unexpected challenges due to unprecedented pandemic.

“It’s difficult to import materials that has resulted in cancellation of many orders.

“It created unemployment, with workers being laid off, which has knock-on effect on their families.”

Leicester City Council said it recognises the textiles sector in Leicester has workers and employers from a number of the city’s diverse communities.

The local authority added that it works hard to support them all within the sector as a whole while it copes with the challenges of the Covid pandemic and the inevitable disruption that it has brought to global supply chains.

Jaffer Kapasi, from the East Midlands Chamber of Commerce, said traders in Leicester have told him their wedding orders were cancelled owing to Covid restrictions.

He added: “They have not been able to shift 2019 fashions and have had to write off the stock and suffer huge losses.

“They have not been able to import the latest fashions as India is on the red list and other travel difficulties.

“With the extension of the so-called freedom day and wedding season nearly over by August, a number businesses are seriously considering closing their businesses.

“This is even after government help in grants,” he added.

Samina Ali, 30, from South London, visited stores across the capital to find clothes for her friend’s mehndi and for Eid.

She said: “Finding Asian clothes has been really difficult since the shops have reopened. I have been to various places like Ilford Lane, Whitechapel and Green Street and the stock has been the same.

“The shop owners have told me that due to lockdown they haven’t managed to sell stock and therefore are not getting much in. Some have also said that they have had problems getting stock in from India.”